In 2018, according to Rosstat, the population of our country decreased by 93.5 thousand people. This – the reduction of the absolute population – has not been in Russia since 2008 (then the decline was 10.3 thousand people). As they say, there was no ten years and here again. 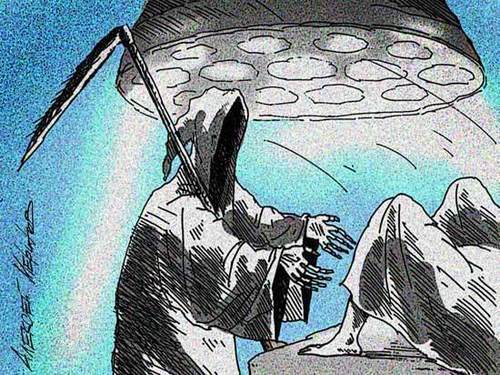 What is 93.5 thousand people for our country: a lot or a little? For clarity, I will say that today approximately the same population (93–94 thousand people) has such cities as Magadan, Voskresensk, Solikamsk, Michurinsk. Imagine: just one year – once, and the beautiful city of Magadan disappeared with all the inhabitants (Magadanians please do not be offended for this example)! Therefore, 93.5 thousand people per year is a very significant loss. It is unacceptable that the country annually lost, relatively speaking, the whole city.

How did the figure of the decline in the number in 2018? Very simple: the natural decline in the population (one would like to write “unnatural”) was 218.4 thousand people (it was by so many who died exceeded the number of births), and the migration increase was recorded at 124.9 thousand people. The difference between these two figures just gives a statistical result of the absolute reduction in the number of inhabitants of the country.

It turns out that even the migration increase of the population did not compensate for its natural decline. This, by the way, was also long gone. In general, the mentioned figure of migration growth in 2018 – 124.9 thousand people – was the lowest since 1990, when, strictly speaking, such statistics began to be maintained. Throughout the 2000s, it was at the level of 200–300 thousand people, and then suddenly such a failure. If it goes on like this, then in the coming years we will have not a migration increase, but, on the contrary, a migration decrease in population, that is, more people will leave Russia than come to it. And this is not some kind of horror story, but quite real, judging by the trends that have been formed, the scenario of the situation. That will make the problem of population decline in Russia even more acute. Someone, perhaps, will rejoice that there will be fewer “those who come in large numbers”. But generally

Now, how from the point of view of demography began in 2019. Here are the latest data from the Unified State Registry of the Civil Registry Offices: the number of births in January fell by 10.4% compared with the corresponding figure in January 2018. The natural decline (the excess of the number of deaths over the number of births) increased from 30.3 thousand people to 44.3 thousand people, that is, almost 1.5 times! All this means, given the inertia of demographic processes, that in 2019 the situation will deteriorate significantly. In confirmation of the inertia: if in January of 2018 there were 49,000 marriages, then in January of 2019 there were only 31.2 thousand (a massive reduction of 36.4%!). It is clear that children are born not only in wedlock, but still…

Here is a demographic “oil painting” is obtained. For the authorities, it is very unpleasant. Not long ago we heard only reports from high tribunes about how the population of Russia began to grow vigorously, and the extinction of the country ended. And all this was presented through the prism of the 90s of the last century: look, they say, how bad it was then, and how good it became now. Early reported, today the time has come to explain ourselves for what is happening.

However, the authorities still see the reasons for the current demographic failure in the past and only in the past, recalling the Great Patriotic War and the “dashing 90s”. Meanwhile, it is obvious that in addition to the truly demographic pits of the last century, the current difficult situation was also influenced by the features of the current socio-economic development. When real disposable monetary incomes of the population decrease for the sixth year in a row, this, unfortunately, necessarily negatively affects the demographic situation. This trend acts like a law.

Of course, the current demographic situation of the government is very alarmed. It is this problem that became the focus of attention of the last presidential address to the Federal Assembly. We have already been promised that at the turn of 2023-2024 we will be able to achieve a resumption of natural population growth. Pay attention: they promised that the population of the country will not just grow again, even if due to migration inflows, it is natural population growth that will resume, with the number of births exceeding the number of deaths. This, in view of the negative trend that has formed, is a very difficult task.

How are they going to solve it? So far, it seems, solely due to various kinds of material incentives: an increase in the size of payments for the second child after 1.5 years, if the family income does not exceed two subsistence minimums per person; the establishment of a preferential mortgage rate for the entire term of the mortgage loan, preferential taxation of the real estate of large families and so on.

The following principle of support was also formed: “More children – less tax”. True, it turns out that this principle can be formulated in the following way: “Less children – more tax”. And if there are no children – the biggest tax? This is reminiscent of the infamous “tax on childlessness” that occurred in Soviet times. Well, you can even more delicate, or what?

And further. How to deal with the simultaneous declaration of the implementation of the principle of need for social policy? Do we have all large families, by definition, written in need? I have gone over my acquaintances and made the following observation: those who have three or more children, for the most part, are not at all in need, and very well off in material terms. And it is clear why: they, in fact, allowed themselves to have a third and subsequent children, because in material terms, everything was fine with them.

But we have plenty of single mothers with one child who fight hard to raise him. But this, it turns out, is not a large family, and therefore no benefits are to be expected. In addition, we will now implement the principle: “More children – less tax” – because if you please, pay taxes in full. Somehow this is not very logical and fair…

In general, it seems that the main thing for the authorities is to stimulate the creation of large families. “Give birth to more – you will be reckoned” – I would formulate this approach. I understand the logic of those in power: it seems to them that this is the fastest way to solve the problem of population reduction. But it’s important to engage in raising the living standards of people, of course, but troublesome, and when it still gives the necessary demographic result…

Certain benefits that encourage families to have more babies appear are certainly needed, but only due to this, the current demographic problem cannot be fundamentally solved. The overall standard of living should rise, no matter how trivial it sounds. Whatever point measures the government offers, they will not work unless the overall standard of living of people is fundamentally increased.

And further. It seems that there is a misunderstanding on the part of the authorities about a very important aspect affecting demography. Today in society (and sociologists clearly fix it), anxiety of people has greatly increased. Well, as you would like: the implanted psychology of the “besieged fortress” makes itself felt in full. Do you think you really want to give birth in such a situation? And who needs all these benefits, payments and benefits, if it is not known what tomorrow will be at all and whether tomorrow will come in principle – taking into account the active discussion on television of a potential exchange of nuclear strikes ?!

We summarize: the demographic forecast for the coming years is unfavorable. Until the authorities move to solve this problem from “point-based” solutions to systemic measures, nothing can be fixed. 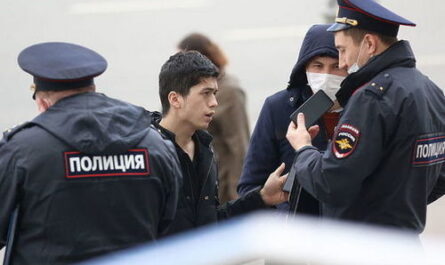 One thought on “Give birth to more – you will be reckoned”