“Mom used to say often:“ And I want to go to Russia, I want to go home ”- now even more. But she did not receive the DPR passport, ”the 84-year-old Lyudmila Mikhailovna Yalova from the city of Amvrosiyivka, Donetsk Region, believes that she will live to the day when she becomes a Russian. 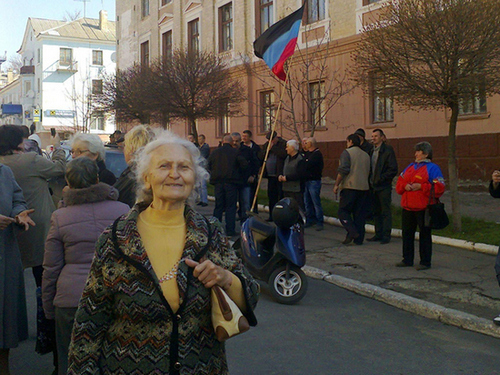 One of the main conditions for obtaining citizenship of the Russian Federation for residents of the DPR and LPR under the simplified procedure is to have proof of citizenship of independent republics, that is, their passports.

However, such as Lyudmila Mikhailovna Yalova, who have lived all their lives in the Donbas, but are not officially citizens of LDNR, 80%. And if young people and middle-aged people are ready to defend a long line, but to issue this document as soon as possible, then grandparents are sometimes deprived of such an opportunity. No strength, no health.

“I can barely walk around the yard, where I still have to go for a passport. We have experienced so much over these years, aren’t they worthy of becoming citizens of Russia? ”- Lyudmila Mikhailovna is experiencing.

In recent years, approximately 250,000 DPR passports and 150,000 LPR passports have been issued. About 2 million people still live on Ukrainian documents. Therefore, in the near future, despite Putin’s decree, to become our compatriots, they probably do not shine.

“Yes, first you need to issue a passport LDNR, – explains Larisa Shesler, chairman of the Union of political prisoners and political emigrants of Ukraine. “In principle, a justified condition, an additional filter, so that the citizenship of the Russian Federation is not received by those who are hostile to Russia, who left for Kiev at the beginning of the war, but at the same time retained their registration in Donetsk, these people will be eliminated.

Now the DPR passport is mainly among teenagers who have reached the age of majority, who previously only had a birth certificate, and this is their first document, those who have expired Ukrainian passports and who have not had the opportunity to go to Ukraine to extend it Those who have their passport spoiled, lost, destroyed as a result of hostilities – the rest of these years literally hang out between heaven and earth.

“Many people thought why they should get a Donetsk passport at all, let them spend some money, but if later, sooner or later, we knew that, it would still be Russian?” – local residents explain their unwillingness to stand in lines at the migration service. “This is not because we are not patriots, it was just necessary to occupy places at five in the morning, and it’s not a fact that you will pass by the evening, as only a few specialists worked,” they explain. People sincerely hope that now there will be much more officials involved in urgently issuing DNR passports.

“I lived the whole war in Amvrosiyivka and did not go anywhere. We are closer to Russia than Donetsk, but we also had shelling, the neighbors were hiding in the cellar, and I already did not hide – as God would send. I just wanted her only daughter to leave for Russia, to be safe, I worry about her, but she did not leave me, ”sighs 84-year-old Lyudmila Yalova.

She says that the pension that the authorities of the DPR pay the local old men was brought on the old Ukrainian passport, and for the rest of her age no official papers were needed. If not for Putin’s decree.

Yes, another pressing issue today is the payment of pensions to old Donetsk. Who should do this – Russia or Ukraine? It is said that Ukraine still has a pre-war intergovernmental agreement on this issue, citizens of Russia permanently residing in Ukraine are paid there, to Ukrainians in Russia – we have, but older residents of the warring Donbass often don’t receive Ukrainian pensions pick up, you need to get to that side every month, cross the border, pay local to temporarily register with you, ostensibly as immigrants from the “occupation territory” – only by fulfilling all these conditions, you can expect be on cash payments.

“There were cases when the old people simply died at a checkpoint from a heart attack or stroke, could not stand the hard way, I personally never would have let my mother go, but many had no place to go – you need to live for something,” says Yulia, daughter of Lyudmila Mikhailovna.

3194 rubles – this is what is really being paid to elderly Donetsk residents. In the DPR (from where the money comes from Russia), at least some guarantee not to die of hunger. But prices in the republic are already Moscow and they tend to grow, as well as utility tariffs…

Lyudmila Mikhailovna Yalova has been connected to Russia all her life, she graduated from a pedagogical institute, got a diploma of a teacher of Russian language and literature, all our relatives also have it, how is it that she, who sincerely loves our country, perhaps more than many, will not receive opportunities to become a Russian?

“After all, first of all it was the old men who were born in the USSR and built everything that feeds us to this day, as well as those who survive in our military conditions today, earned the right to receive Russian citizenship even more than everyone else, because in spite of everything they never regretted the choice in favor of Russia, which was made by the people of Donbass in 2014, ”her daughter Yulia believes, by the way, she has a DNR document, so there should be no problems.

For her peers and for herself, 84-year-old Lyudmila Mikhailovna Yalova very much asks those who decide whether or not she should give a Russian passport to Donetsk residents to come up with a procedure to facilitate this process for elderly people who do not have a DNR passport.

“Mom believes that the old people will meet, and now asks to make her a beautiful haircut in order to be photographed on the Russian passport in the best possible way,” smiles Julia. 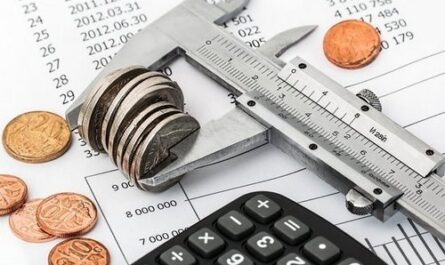 Nine out of ten small businesses will not survive quarantine