Russia is considering the possibility of connecting the Northern Sea Route with the Chinese “Sea Silk Road”. This was stated by Russian President Vladimir Putin, speaking on Saturday at the round table forum “One Belt – One Way.”

“We pay great attention to the development of the Northern Sea Route. We are considering the possibility of joining it with the Chinese Sea Silk Road, thereby creating a global and competitive route connecting North-Eastern, Eastern and Southeast Asia with Europe,” the Russian leader said. 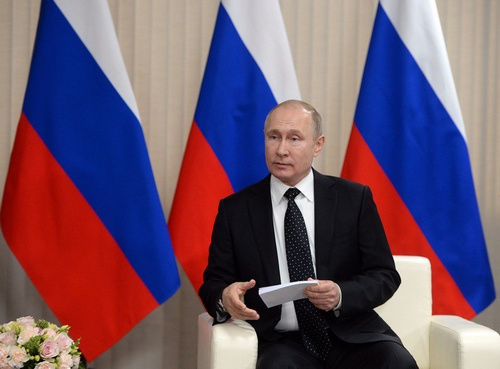 In his opinion, such a large-scale project implies close cooperation of the countries of Eurasia in increasing transit traffic, building port terminals, logistics centers. “We invite the states represented here to join in its implementation,” Putin called.
Transport corridors

He also outlined new perspectives that are opening up with the formation of the North-South transport corridor with a length of more than 7 thousand km. Within its framework, both rail and road communication will be established, which will significantly speed up cargo transportation from South Asia through Iran, Azerbaijan and Russia to Europe, the head of state specified.

“I would like to note that in matters of improving the Eurasian transport infrastructure, our country is actively cooperating with its partners in the Shanghai Cooperation Organization,” Putin said. six new routes, including the “Western Europe – China” corridor, connecting the ports of the Yellow Sea of ​​the People’s Republic of China with the ports of the Leningrad Region of the Russian F operations. “

The President also recalled that Russia is implementing plans to expand the capacity of the transport infrastructure. In particular, by 2025 the throughput of the Baikal-Amur and Trans-Siberian highways should increase one and a half times – to 210 million tons of cargo.

As Putin noted, “the point is to develop the all-Russian transport network with a view to its integration with the transport arteries of the states of Eurasia.”
As for the transport infrastructure as a whole, then, according to the Russian leader, its renewal and expansion for the Russian Federation is the most important priority. He recalled that by 2024 it is planned to spend 4.3 trillion rubles on the national project “Safe and high-quality roads” – almost 4.8% of GDP, or about $ 80 billion. 6.3% of GDP, a little more than $ 130 billion, “the president recalled.