Russia is losing much economically and politically due to the fact that it limits itself in relations with Pakistan, and, above all, in the supply of arms. This is often done in favor of a long-time Russian partner – India. But the situation in the world is changing, and Delhi is increasingly looking towards the United States and Europe, including in such a sensitive area as the purchase of weapons. Under these conditions, it is time for Russia to abandon stereotypes and go for closer contact with Pakistan. So says the deputy director of the Center for Analysis of Strategies and Technologies (CAST) Konstantin Makienko, who substantiated his position “MK”. 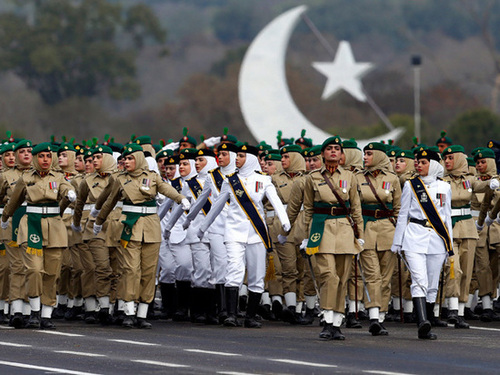 CAST specialists have devoted a 200-page work “Pakistan: Beyond Stereotypes” to the question of relations between Russia and Pakistan. In particular, it describes how a negative image of Pakistan as an authoritarian country was formed in our country, subject to the strong influence of radical Islamists and reactionary pro-American military. Here is what  one of the authors of the work, the deputy director of CAST Konstantin Makienko, said about this :

-This image reflected in the past objective reality, but only in part. Another part of the reality is that the Pakistani military, taking power into their own hands, each time after a certain period of time transferred it to civilian governments.

– So why in Russia was formed such a distorted image of this country, whose economy is growing at 6 percent a year, and the population has exceeded 215 million people?

– To a large extent, this is the legacy of the Afghan war, during which Pakistan became the insurgents’ rear base and was really under the authoritarian rule of the military and mullahs. But in reality, the phenomenon of inadequate perception by the Russian society of Pakistan has a more ancient and complex nature. The fact is that since the time of the 1971 Indo-Pakistani war, we look at Pakistan not with our own, but with Indian eyes. Then, after long vacillations, the USSR irreversibly took the side of India and finally chose the Indian side in this conflict. And at that time it was the right decision. But its consequence was the formation in the Russian state bodies of the most powerful pro-Indian lobby, which blocks the development of full-scale relations with Islamabad.

“Has so much changed since then?”

– Over the past ten to fifteen years, the situation has changed radically. The Indian elite is increasingly focused on the United States, and treats Russia with ever-increasing contempt. Our goal is to try to look at Pakistan with our own Russian rather than Indian view. From the point of view of Russian, not Indian national interests.

-And what promises a turnaround in relations with Pakistan?

For example, Pakistani submarine forces are now fully equipped with French submarines. And this, by the way, did not become an obstacle for the procurement by India of six French submarines Scorpene.

The backbone of the Pakistani Air Force are American F-16 fighters. Again, this did not stop India from buying military transport and patrol aircraft in the United States, as well as military and transport helicopters.

The question is why then Russia refuses to enter the Pakistani arms market for fear of a negative Indian reaction? Why can the Americans and the French do what is not allowed to the Russians?

Meanwhile, according to our estimates, the potential of Pakistani purchases in Russia is about 60-70% of the share of the Indian market, which Russia still holds in India.