The Ministry of Finance has prepared a new unpleasant surprise for small businesses. The agency proposes to deprive special tax regimes of small shops selling goods that will be marked with a radio frequency RFID tag. The basis for the development of the draft law officials call for the need to “eliminate the problematic issues identified as a result of the analysis of the current legislation of the Russian Federation on taxes and fees and its improvement”. 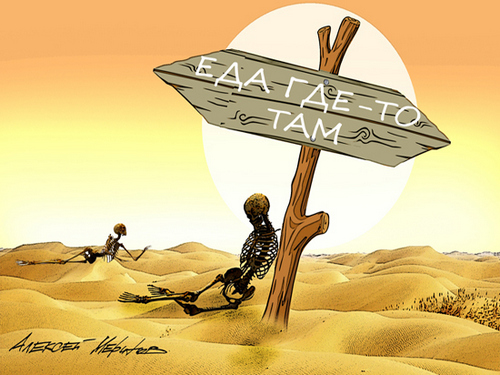 From this wording it directly follows that the Ministry of Finance is going to improve the mechanism of fiscal fees, which the department has been constantly engaged in since its inception, but to achieve this goal it will be necessary for someone or something to eliminate. Let’s see who exactly is waiting for “elimination”.

Now special tax regimes are distributed to medium-sized commercial enterprises, whose staff does not exceed a hundred workers, and the production premises – 150 square meters. They get the right to pay the state for a single tax on imputed income (ELDW) – this is from 7.5% to 15% of their potential income, which is set by local administrations. Who has only a few employees in the store (no more than 15 people), and can get a patent at all, the tax rate in which is less – only 6% of potential income.

Now, both of them, according to the proposal of the Ministry of Finance, should lose their benefits if they trade in goods, which this year will be necessarily marked with special tags, allowing any buyer to know all the individual information about the product. A large-scale RFID-labeling program should cover several product groups, including widely used tobacco, medicines, clothing and shoes. So the government is going to increase tax collection. Goods without a label are at risk of being on the list of counterfeit and falsification – and their fate will be unenviable: under the tracks or into the fire.

Business representatives were horrified by the new idea of ​​the Ministry of Finance. A lightweight version of fiscal fees allows small retail businesses to operate successfully and even develop. In the second half of last year, the number of patents granted to owners of small shops increased by more than a third. The potential income of such businessmen was estimated at almost 20% more than the year before, and reached 100 billion rubles.

Of course, for the federal treasury such a sum is a mere trifle. For example, in Moscow these are hundredths of a percent of all tax revenues, that is, in fact, a statistical error. Another thing – entrepreneurs. If we roughly divide the total amount of income that, according to officials, patent holders can get for the number of businessmen themselves, it turns out that their profit amounts to 670 thousand rubles a year. Obviously, this is a very averaged and conditional assessment – for some merchants, things are better, others are worse. But even if these half a million dollars in a year are extremely modest earnings. However, it allows almost 150 thousand entrepreneurs to exist, who among other things pay for communal services and rent, and also have a very small, but still staff, providing hundreds of thousands more jobs.

According to representatives of business associations – Opora Rossii and the Association of Small-Format Trade, after the Ministry of Finance’s bill acquires legal force, the lion’s share of small entrepreneurs will have to stop doing so, as they will not withstand the increased fiscal burden. The minimum loss of each small businessman, according to business organizations, will be about a quarter of all revenues. At the same time, many elementary will go into the negative.

Perhaps, small business lobbyists are exaggerating and some domestic enterprising merchants keep afloat, but it is unlikely that everyone will find a way out of the situation. In addition, the tightening of the tax regime will scare away the thought of starting a business of many of our other compatriots who may be dreaming about it. Now the share of small and medium-sized businesses in our economy is about 22%. In developed countries – 50-60% of the trade sector. Achieving this indicator, as well as fulfilling Vladimir Putin’s instructions to increase the contribution of small and medium-sized businesses to GDP by up to 40%, will be extremely difficult if you enclose the “small” ever-increasing tax burden.

In turn, large chain stores can celebrate the victory. Small outlets are unlikely to survive if they cannot sell, for example, cigarettes, which make them a significant part of the profits. The bigwigs of the retail sector, for whom the initiatives of the Ministry of Finance, do not change anything, without making exactly any effort, will receive additional flows of customers that were previously purchased in small stores. Their monopoly will increase, and getting rid of competitors, they will be able to manipulate the prices, arranging price “booms” – unexpectedly increasing the cost of certain goods. Pay, as always, will have to population. So, prepare wallets.

The price of bitcoin continues to grow