The accident occurred at nine o’clock in the evening. Tonight, on Labor Square in Novosibirsk, a woman driving a Mazda-3 hit a man. Eyewitnesses claim that the victim regularly begs here. 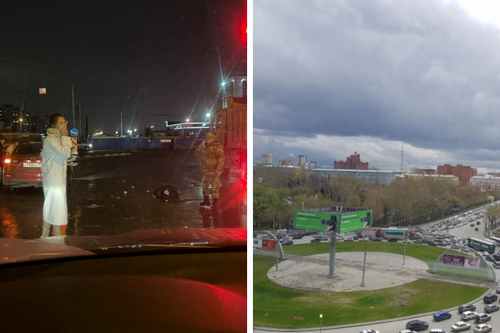 – At 20:05 in the Leninsky District, a female driver in a Mazda car was moving along Vatutin Street from Planning Street towards Truda Square and hit a pedestrian who was on the roadway. An unidentified man was taken away in critical condition to the intensive care unit. According to witnesses, the victim is begging, – said the inspector of the traffic police propaganda group of the traffic police department of the Russian MIA Administration for Novosibirsk Yulia Rakunova

In the Dzerzhinsky district, a Yandex.Taxi car demolished a tree

On Tuesday evening, September 28, in the Dzerzhinsky district on 25 Let Oktyabrya Street, a car branded with Yandex.Taxi crashed into a tree.

A subscriber shared information about the incident with the group of the Novosibirsk evacuation service “AST-54”. According to him, a man who was in an “extremely dubious” condition was driving the car.

However, preliminary information about his condition was not confirmed.

– Indeed, the traffic police received a message that the Volkswagen Polo driver hit an obstacle – a tree. According to preliminary information, the driver was not in a state of any intoxication. No one was injured in the accident, material damage was caused to the car, – reported in the Main Directorate of the Ministry of Internal Affairs in the Novosibirsk region. 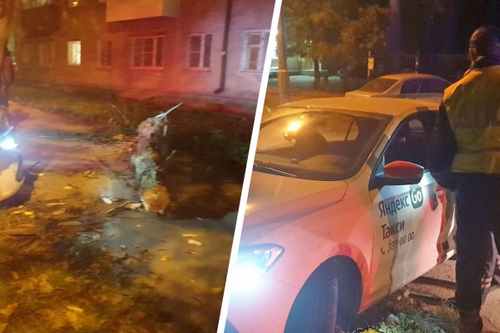 At the end of August, a terrible accident occurred on the Bugrinsky bridge in Novosibirsk – Lexus flew off the road and crashed into a tree. Two were killed, three more were injured.

A girl with a child complained that her car was locked by an auto driver – in response to the remark, he ran over her and took away her phone

Ukrainian president answered a question about his campaign advertising