Almost 370 newest weapons this year will receive the Russian Northern Naval. This was told at a meeting of the Defense Ministry Board on Friday, April 26, Defense Minister Sergei Shoigu. According to the minister, by the end of the year, the northern fleet will rearm by 59% 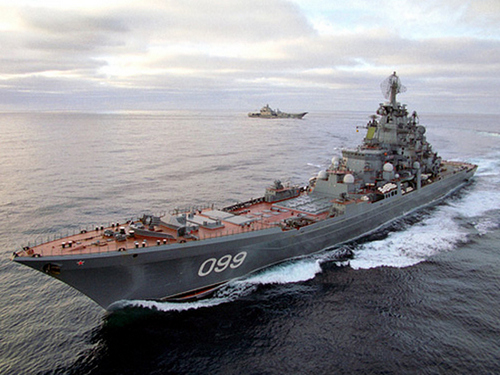 As the head of the Russian military department said, a new infrastructure is being created for the needs of the army in the Polar region – points are being built for permanent deployment of army units and formations. Thus, the first military town in the village of Tiksi from block-modular structures is already being transferred to the Armed Forces of Russia. On the basis of this town will be deployed new air defense connection.

According to military expert Oleg Zheltonozhko, rearmament and re-equipment of the Russian Northern Fleet is planned.

“Our northern naval forces continue to receive new warships, rocket technology and air defense systems,” the expert told MK. – All this fits into the plans to strengthen the Russian contingent in the Arctic.

In addition, as noted by Sergei Shoigu, the Northern Fleet regularly conducts exercises with foreign partners. Over the past year, our northern naval forces took part in three international exercises: search and rescue “Barents-2018” with Norwegian colleagues, anti-piracy with Japan in the Gulf of Aden, and also in the Russian-Pakistan exercises “Arabian monsoon – 2018”.

This year, Sergei Shoigu promised 450 naval command and tactical exercises. Including missile firing will be included. For example, coastal complexes “Bastion” from one of the most northern Russian archipelagoes. In addition, in the second half of the year, the Northern Fleet and the Airborne Forces will conduct exercises to work out joint operations in the Arctic.

Also at the board meeting of the Ministry of Defense, Sergei Shoigu announced the ARMY International Military-Technical Forum, which will be held in June 2019 at the Patriot Park Exhibition Center. The head of the Russian military department expects that this year one and a half thousand enterprises from 130 countries will take part in the forum. They will present on the forum almost 27 thousand exhibits, many of which are promising new items.