The State Duma is preparing a bill to extend the “dacha amnesty”, which ordered to live long on March 1, until 2022. Deputies believe that at the same time the preferential mode of real estate registration should be expanded. It is worth recalling that earlier, through the mouth of Prime Minister Medvedev, the government had announced its agreement to extend the “dacha amnesty” only until March 1, 2020… 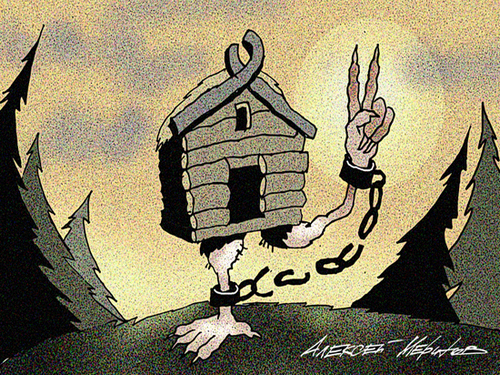 T.N. “Dacha amnesty” operated in Russia for the past 13 years and offered citizens simplified rules for registration of land plots and residential or garden houses built on them, baths, garages and other buildings. The preferential treatment, according to some data, allowed legalizing about 13.5 million real estate objects.

Since 2006, the law on “dacha amnesty” has been amended several times, some of its provisions have become universal for a long time, and the simplified registration procedure (without presentation of permits for construction) for certain real estate objects such as individual houses or cottages has been extended three times. The last time is before March 1, 2020.

But in August 2018, large-scale changes were made to the Town Planning Code, and under the “dacha amnesty”, from March 1, 2019, a bold line was also drawn in respect of residential houses and garden houses built on garden plots (by the beginning of this year only these objects she touched). Now, the authorities should be notified of the commencement and completion of construction, and they should ensure that the object under construction complies with the requirements of the law, and if there are no violations, they should themselves hand over documents to the Rosreestr for registration of ownership.

Neither the government, nor the regions, nor the municipalities carried out any (or almost any) explanatory work regarding the new rules. As a result, many citizens on March 1, 2019 were faced with an unpleasant fact.

But, speaking on April 17, 2019 before the State Duma with a report on the activities of the government, Prime Minister Dmitry Medvedev tore up the applause of the hall, saying that he agreed with the proposals of the CP and ER factions to extend the dacha amnesty until March 1, 2020, and gave the appropriate instruction on drafting a federal law.

It is almost May in the yard, but the project has not been submitted to the State Duma by the government. Moreover, on April 25, Prime Minister Medvedev signed a list of instructions for communicating with deputies, but there is not a word about “amnesty” in it. And time is ticking!

In general, the deputies took matters into their own hands. On April 26, a meeting was held in the State Construction and Legislation Committee, where proposals were supported not only to extend, but also to expand the “dacha amnesty”, to involve other real estate objects in it, said the head of the committee Pavel Krasheninnikov (“ER”).

What is it about?

It is proposed to restore before March 1, 2022, that is, for another three years, the right to issue ownership and residential and garden house without notice, that is, according to the rules in force until last year – but only in cases where land plots on which buildings are, were purchased before August 4, 2018.

If residential or garden houses are still being built, but their construction began before August 4, 2018, it is proposed indefinitely, that is, forever, to prescribe a simplified notification registration procedure: not two will need to be submitted to the building supervision body (about the beginning and end of construction), but only one notice (about the end of construction).

And, finally, it is proposed to allow citizens, if they wish, in order to save time, to send documents to Rosreestr themselves, without waiting for the construction supervision to do so.

In addition, deputies believe that the obligation of local governments to inform citizens about new construction rules should be prescribed in the law.

These and some other proposals will be included in the bill, which is planned to be submitted to the State Duma “immediately after the May holidays,” Mr. Krasheninnikov said in a conversation with “MK”. He explained why “to extend the amnesty until March 1, 2020, as the Prime Minister said, it is almost nothing”: this kind of initiative can become law no earlier than July, and “as a result, people simply will not have time to take advantage of “.

“Our faction will support the extension of the terms of the dacha amnesty until 2022, this is the right idea – so that you don’t raise the issue of renewal again,” said Mikhail Yemelyanov, first deputy head of the State Committee for Construction, (SR).

The question of how the government will react to such an expanded “dacha amnesty” remains open.