In April, the revenue of Russian small and medium-sized businesses more than doubled compared to April 2019. This was reported by the company “Evotor” according to data processing online cash registers. Statistics showed that quarantine vacations affected fitness centers, clothing and shoe stores, as well as beauty salons most of all: their turnover decreased by more than 80%.

MK experts emphasize that the study of analysts, with all the dramatic nature of these figures, does not show the depth of the real failure of domestic small and medium-sized businesses, many of which are no longer destined to recover.

“In April, the turnover of small and medium-sized businesses fell by 54% compared to the same period in 2019. A decrease in consumer demand began back in March – outlets lost 10% of their last year’s revenue, ”Evotor reports. So, April was for the small business a much worse month than March. And what will be the dynamics of May?

Experts interviewed by MK are convinced that the drop detected by specialists is not the bottom and the situation will continue to deteriorate further.

“Evotor” evaluates only checks and this formal calculation does not show the whole depth of a real failure, emphasizes the famous businessman and public figure Dmitry Potapenko. According to him, in April, small and medium-sized businesses involved in the service sector lost not 50.70 or 80%, but all 100%, simply because everything was officially closed: fitness centers and beauty salons, clothing and shoe stores, dentistry and optics. “In May, the business will finally collapse into a tube and crawl into the cemetery,” the MK source predicts. – We have not reached the bottom yet. In a period when there is no revenue at all, businesses continue to pay rent, wages, taxes, loans and everything else. We are waiting for the cold summer of 2020 and a wave of bankruptcies. Now companies cannot even declare bankruptcy because the courts are closed. ”

Quarantine measures will still have to be canceled, and all people released from the apartments. For years, no one will be able to sit in isolation, says Potapenko. “Business banged and about 90% of companies never take off. The problem is not even quarantine, but how we will leave this vacation, since there is nowhere to go. If someone thinks that he will be able to return to his beloved hairdresser, the familiar “rocking chair”, an inhabited shopping center near his home, as if nothing had happened, he may be deeply mistaken. After the abolition of restrictions, it turns out that a significant part of the economy has collapsed, ”says Potapenko.

The collapse of the Russian economy continues and will continue even after the restrictions on movement are lifted, the First Vice President of Opora Rossii, Pavel Sigal, echoed his colleague. In his opinion, it will be possible to assess the true scale and depth of the fall of small and medium-sized businesses no earlier than in July-August, when financial reports for the 2nd quarter of 2020 become available.

“The bottom of the market has not been reached for one simple reason – as long as there are restrictions on the operation of enterprises and a moratorium on bankruptcy, it is not completely clear how many firms can really open after the authorities allow them to work,” he notes. The expert also emphasized that, firstly, the population will have much less money to make purchases (in many respects due to job loss or a reduction in salaries), and secondly, people will be afraid to visit public places for the first time, eat in restaurants and travel. This means that the revenue of the already affected sectors will not reach the level that was before the crisis for a long time. This will lead to a massive closure of firms and a noticeable loss of jobs.

“I want to believe that the economy will recover, although it will probably take a long time,” the expert says. “Either enterprises with strong state support or those that managed to merge with other companies or effectively organize work in social networks by promoting the product online will be selected from the pit.”

Experts believe that now small businesses need not only interest-free loans to pay salaries, but also the abolition of taxes, as well as real, bad money, which can cover rental costs, salaries and utility bills. It is also necessary to refuse any business checks for a considerable time (from six months to a year), or to mitigate penalties. 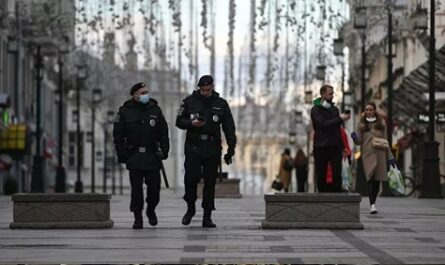