The opportunity to earn money is directly related to whether the assets chosen for investment correspond to risk. Calmness and the ability to wait are extremely important. Copy someone else’s financial strategy can not, experts say. 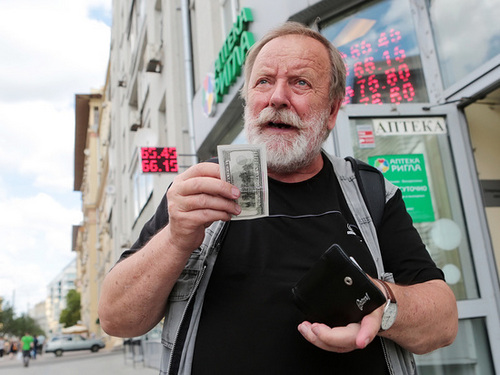 The news that the volume of “free money” among Russians has  increased following the results of last month caused a great resonance. Some speak about the wrong method of calculation, others generally consider the published statistics too far from the real situation in most Russian families.

But there are those who really have the means, albeit modest, that you can try to invest in order to increase your income.

Against this background, the opinions of Russians about ways of investing are divided. According to financial analysts, a lot depends on the temperament, character and values ​​of each person. Therefore, it is simply impossible to copy someone else’s financial strategy.

– The ability to earn is directly related to whether the assets chosen for investment match your risk appetite. Calmness and the ability to wait are extremely important. Only every fourth is ready to take risks associated with high-income investments in Russia, – notes Kirill Skeber, head of the financial reporting department at Yandex.Money.

According to him, many in order to increase savings acquire currency. But even with this seemingly obvious and easily accessible method, one must possess certain qualities of character.

– At a minimum, have endurance, patience and the ability to remain calm when everyone is panicking. If significant changes occur in the currency market, everyone starts talking about it. It is quite difficult to assess the situation objectively, when streams of “hysterical” information flow to you in the media and social networks. But if you do not know how to keep your mind cold, you can lose your money. Remember those who bought dollars in December 2014, succumbing to panic. They still have not been a plus, – states the expert.

We add that the average annual value of the “free money” index  rose to 22.6 thousand rubles , follows from the analyst of the Romir research holding.

Experts advised to stock dollars: soon the ruble will not hold

According to forecasts, “green” will approach the mark of 69 “wooden” 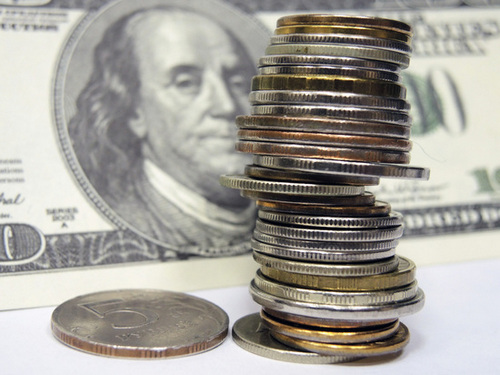 Ruble headed for the bottom. After a nearly three-month period of strengthening, he began to fall in price and, on exchange trading on March 28, overcame the psychologically important barrier of 65 rubles per dollar. Experts say that the factors that supported the Russian currency, have exhausted themselves, opening the ruble down.

The main factor supporting the ruble has always been oil. Today, on world markets, it has begun to fall in price. And this could be the beginning of a trend: a slowdown in the growth of the global economy always reduces the demand for energy. According to a recent assessment by the Bank of Russia, “the risks of excess supply over demand in the oil market remain elevated.”

In addition, experts do not exclude in the near future the fall of American stock markets, which in recent months have demonstrated unmotivated growth. During periods of such collapses, players first get rid of risky assets, which include the currencies of developing countries, including Russia.

The attack on “soft” currencies, according to Sergey Finnish Drozdov, senior analyst at Finam, began on March 27, and the first object was the Turkish lira. The wave spread to the Brazilian real and South African rand. These currencies for no apparent internal reasons fell by 5-8%. Ruble may be next.

In addition, foreign investors who had been actively buying Russian bonds for two months, according to experts, seem to have played enough with these securities and will soon begin to drop them, taking profits: in the language of financiers this is called “collect crumbs from the table”.

Analysts believe the point of no return for the ruble mark of 65.20 per dollar. Today, the ruble was separated from this trait 0.7 kopecks. If the Rubicon is crossed, you can expect values ​​at the level of 69 per dollar, predicts Finam, a senior analyst.

Those who are accustomed to save money in foreign currency or are planning to buy it for the upcoming holiday abroad, he advises buying dollars now, at the very least, at around 66 rubles for one “green”. Then for the currency zaps will not keep up.