The North Atlantic Alliance is ready to launch a nuclear strike in the event of war with Russia. About this in an interview with Wirtualna Polska, said the former commander-in-chief of the Polish Land Forces, Waldemar Skspidczak. The retired Polish warrior with a difficult-to-pronounce last name admitted that it’s absolutely pointless to fight with Russia today – not one of the European armies has a chance to win. But the answer to the “Russian aggression” could be a nuclear strike. Why the Poles are scared of Russian aggression and what “nuclear dreams” of NATO generals can turn out for Europe itself – the military expert told MK. 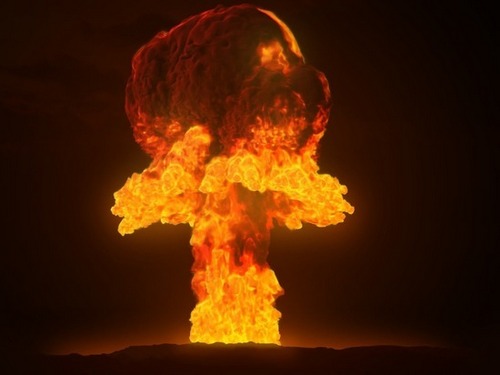 Actually, there is no news in the revelations of the Polish general. The recently adopted Washington Doctrine of the United Nuclear Operations explicitly states that the United States – namely, all NATO structures are completely subordinate to them – is prepared to be the first to launch a nuclear attack on any of the countries that only want to attack the United States with weapons of mass destruction. on the states supplying terrorists with such weapons.

It is unlikely that anyone may have doubts that, if desired, the United States is capable of blaming any government and state for these sins, supporting its accusations with another regular “Powell test tube” with anthrax or the new Skripale case. So the world has come closer to the threshold of using nuclear weapons than ever before.

Western military officials and politicians have recently spoken so easily about the use of nuclear weapons, as if teaching the world to believe that nuclear war is in fact not so terrible as we had imagined before. It is also easy in an interview with the Wirtualna Polska publication about a nuclear strike on Russia, said a Polish general.

His statements “MK” asked for comment on the Chairman of the Presidium of “Officers of Russia”, Hero of Russia, Major General Sergey Lipovoy:

Do NATO understand that the exchange of nuclear strikes would mean the death of the Old World?

-Russia, along with the United States, has the largest nuclear potential in the world. Our doctrine states that we will use nuclear weapons only in response to nuclear aggression. Is anyone in their right mind going to attack Russia, understanding the consequences, which will be horrendous? Nuclear weapons are deterrent, not offensive. Their only in the Polish cinema can apply unless.

– Does Russia have nuclear strike plans?

– As I have already said, Russia has no plans for nuclear strikes, we have a military doctrine, which clearly states that the Russian Federation reserves the right to use nuclear weapons in response to the use of nuclear and other weapons against it and (or) its allies weapons of mass destruction, as well as in the case of aggression against the Russian Federation with the use of conventional weapons, when the very existence of the state is threatened.

-Why are European citizens afraid of some kind of “aggression” from Russia?

-Two reasons. Geopolitics and business. At the core of any geopolitical doctrine is the notion of a “common enemy”. For Western countries, the Soviet Union was such an enemy. Then, the so-called international terrorism. Now it is Russia that pursues a sovereign policy, relying not on the opinion of the United States and NATO, but on the interests of ensuring its own security, whether people like it or not. This is precisely the reason for the annexation of the Crimea, which has forever deprived the USA of its illusions about domination in the Black Sea. This is the reason for our support for Syria. This is precisely the reason for the rearmament of the army, thanks to which we possess the most advanced weapons today. NATO countries reckon with this, but their rhetoric will remain belligerent.

Plus, a purely commercial interest is being pursued, since the NATO bloc needs to justify its existence for EU taxpayers. This is a third of the budget. Therefore, common threats for Europe, mostly virtual, will always be invented by the ideologists of the alliance.

Russia, with its independent defense policy and obvious success, is very suitable for such a threat in order to keep ordinary citizens in constant tension, extorting money for the maintenance of the block. 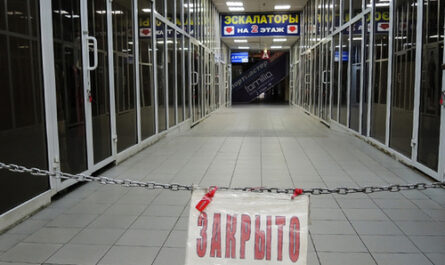 Experts estimate a drop in Russia’s GDP by 12%