Moscow, through the mouth of the presidential press secretary, said it would find Donald Trump’s idea of ​​abandoning nuclear weapons “beautiful”. True, she demanded specifics. Earlier, the US president said that “we all”, the United States, Russia and China, “must get rid of him” – this type of weapon. In general, it remains to wait for a positive reaction from China, and the path to a nuclear-free world is open. Or is it not? 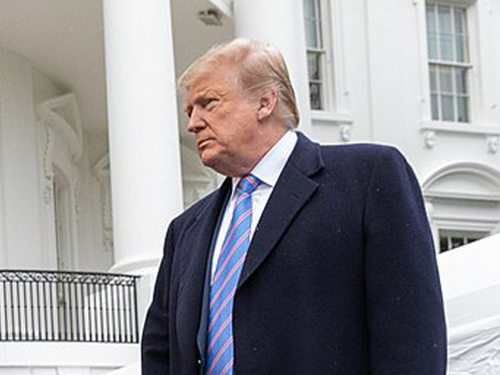 Fyodor Lukyanov, the chief editor of Russia in Global Affairs magazine, answers the questions of MK.

– Fedor Alexandrovich, can humanity breathe a sigh of relief after the statements made in Washington and Moscow?

– Humanity, in my opinion, breathes deeply, regardless of what Trump says, Sands and anyone. No, all this is, of course, frivolous. Trump, stating at the outset that everyone should give up nuclear weapons, later added that negotiations with the Russians and the Chinese are needed. But he already said that. When the Americans announced the denunciation of the INF Treaty, he said that the United States wanted a different treaty. This is bad, but good is necessary, in which the Chinese should also participate. Now he, in fact, repeated it. As for Moscow, it called the idea of ​​complete nuclear disarmament beautiful as early as 1985, through the mouth of Mikhail Sergeyevich Gorbachev, who had called for this. And since then, this idea periodically pops up. Whoever wants it, he talks about it. But this has nothing to do with reality.

– If you believe CNN, Trump is not joking: the CNN channel, citing its sources in the White House, said that the US President intends to prepare a draft agreement on nuclear arms reduction, involving the participation of Russia and China.

– China is not going to participate in anything. China, like the devil from incense, shies away from the idea of ​​participating in any kind of nuclear arrangements. Just not – that’s all. Do not come. This is the first. The second. International agreements on arms control or strategic stability are not done this way: some country proposes, while others join. They are done through long, painful negotiations. As it was in the 1960s, 1970s, 1980s, 1990s, 2000s. It requires a lot of time and effort. In my opinion, now no one is ready and will not do it. And in general, if you ignore the rhetorical empty statements, the topic is gone. Real military construction is based on the fact that there will be no contracts, that each country will decide for itself what it needs to ensure its own security.

– What is the reason for Trump’s violent anti-nuclear activity?

– Well, he needs to say something from time to time.

– No, for the elections, I think this topic is not suitable. The American voter is, as they say, in parallel. But now and then Trump is accused of breaking something or destroying something. And this is his eternal position: we withdraw from the agreement – be it Iran, the climate or something else – because it is bad, but in general we are for. Let’s conclude the good. But this, I repeat frivolously. International relations do not work that way.

– Well, we, in turn, how serious is welcoming the initiative of Trump? Considering both our National Security Strategy, and numerous colorful presentations of military developments, there are big doubts that Russia is eager to get rid of nuclear weapons.

– About 40 years ago in the magazine “Youth” was a wonderful column: “What is the question – this is the answer.” Same here. “A world without nuclear weapons is good?” Asked Washington. “Cool! – answered in Moscow.

– And that’s all, the dialogue is over?

States want to neutralize the military parity of other countries 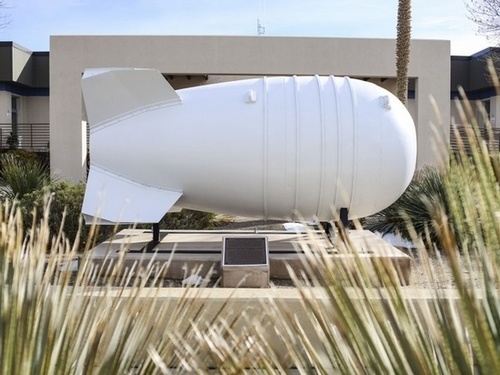 US President Donald Trump appealed to all countries of the world with a  proposal to abandon nuclear weapons . And he did it during a meeting of Russian President Vladimir Putin with North Korean leader Kim Jong-un. According to the North American president, first of all, Russia and China should abandon nuclear weapons. Experts told “MK” should we really expect a step towards nuclear disarmament from the United States or is it just another White House populism?

However, as explained by the “MK”  military expert, the chief editor of the magazine “Arsenal of the Fatherland” Viktor Murakhovsky  – such statements cannot be trusted.

The expert noted that on April 19, the States classified information about their nuclear weapons. At the same time, the Pentagon not only does not give up nuclear weapons, but, having attacked, only strengthens its nuclear arsenal – it is developing new launch vehicles. Victor Murakhovsky is sure that the USA is the only state that is interested in the complete reduction of the nuclear potential of all countries of the world.

“If all nuclear weapons disappeared all over the world now by magic, then the United States would receive total military superiority over all countries of the world. The US is ahead of any other country in the number of military aircraft, long-range high-precision missile weapons. So Trump’s statement is just empty words. He simply spoke “for all the good against all the bad,” says a military expert.

With Viktor Murakhovsky, the Chairman of the “Officers of Russia” Presidium, the Hero of Russia Sergey Lipova agrees  . He is skeptical about the peace initiatives of the White House.

“Trump’s words are just words.” And no one believes them anymore. You can advise him to start with the United States, and we will follow their example in matters of nuclear disarmament. But so far there is no certainty that real actions will follow the beautiful statements, said Major General Sergey Lipova.

The expert noted that over the past 30 years, the United States has unleashed many conflicts around the world. Which one is then a peacemaker?

“Today, Trump calls for the conclusion of a new agreement, and at the same time agrees with Poland and Romania on deploying bases there for a potential strike on Russia,” noted Sergey Lipova.

The expert was particularly perplexed by the fact that the US President proposed to abandon nuclear weapons, first of all, Russia and China – Washington’s main competitors in the world political arena.

“Even then, I would call on France, the UK and Pakistan – my main allies – to join the development of a new nuclear deterrence agreement, but the American leader only mentions Russia and China,” said Sergey Lipova.

The expert stressed that Russia has always advocated any actions that could reduce international tensions. However, as Sergey Lipova noted, the United States cannot be our partner in peace. In his opinion, Russia and the States rarely find understanding among our American partners, who prefer the language of ultimatums rather than negotiations.

One thought on ““This is not serious”: the expert appreciated the anti-nuclear dialogue between Russia and the USA”