The first stage of the OSAGO reform, which touched upon the base tariff and the coefficients of age and length of service, brought results – according to insurers, innovations stabilized the market, and motorists say that tariffs have become more adequate. Who pays less now? 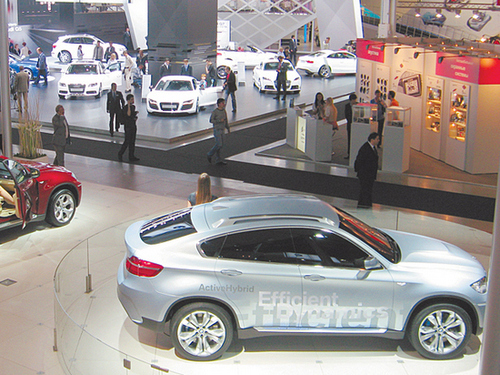 The first stage of the OSAGO reform, which touched upon the base tariff and the coefficients of age and length of service, brought results – according to insurers, innovations stabilized the market, and motorists say that tariffs have become more adequate. Who pays less now?

The January reform has changed the size of insurance rates, expanding their range. In addition to the expansion of the corridor, the coefficient of seniority and age was changed, 58 categories were introduced instead of four. For example, the most emergency drivers (16-21 years) received an increase in the ratio, from 1.8 to 1.87 (in fact, a 7% premium). For drivers aged 59 years and at least 6 years of service, the same discount has been introduced. “The reform has stabilized the market, the tariffs have become more adequate. There is competition in base rates. Previously, almost all insurers set maximum values, now the situation has changed, ”said Sergey Demidov, managing director of motor insurance at Renaissance Insurance.

Market participants noted a steady downward trend in the base rates of the tariff. “The reduction in rates was in the range of 5–20%, and the increase was 6–7%. In Russia as a whole, according to the RSA data for the first month of spring, the decline in the average premium was 6%, ”said Vitaly Knyaginichev, director of the Ingosstrakh Retail Business.

“Prices after the expansion of the corridor have changed in different directions, even in the“ problem ”regions. Almost every company in some regions has reduced the base rates, in some – has increased. And there is not a single region where all companies at the same time would raise prices, ”said Alexander Potitov, deputy general director of Liberty Insurance.

Thus, the main concerns of the public about the increase in the price of OSAGO did not come true. “I can say with confidence that for the majority of our customers the cost of the MTPL policy after the new stage of the MTPL insurance reform has decreased. Moreover, we are confident that by changing the base rate and the age / length ratio by the end of the year, the average final premium for customers will be reduced in 70 regions of the Russian Federation, ”said Denis Makarov, head of the AlfaStrakhovanie mandatory methodologies department.

From the first of April, the next stage of the reform started, which includes the work of the new system of assigning a discount for a trouble-free ride – the bonus-malus coefficient. Now KBM is fixed for a year, loopholes for reckless drivers are removed, the cancellation of the insurance history is stopped when there is a big break in insurance, that is, the discounts earned by the driver are preserved. “The tariff policy in OSAGO is already obviously becoming an important competitive advantage of insurance companies. Concluding a contract, the client is primarily focused on price. Therefore, until the end of this year, the trend for reduction of tariffs for individuals, in our opinion, will continue. In the fight for the client, the insurers will continue to change the base tariff in a smaller direction within the permitted corridor, ”said Viktor Pletnikov, director of business insurance for compulsory motor TPL insurance at Zetta Insurance.

In the future, the segment of competition in the segment will grow, so that motorists will be able to receive the most fair tariff. “Most likely, in the future, the coefficients will not be applied at all. That is, the calculation of the cost of the policy will be carried out individually for each driver. Now the injustice of the system is that the insurance company does not have an opportunity to establish an adequate tariff for reckless drivers, and a lower cost of the policy for tidy drivers, ”suggests Sergei Demidov, managing director of motor insurance at Renaissance Insurance.

However, not all market participants are optimistic. Many fear that access to free tariffs by 2023 will not take place. “Now this project is not supported by the Codification Council – lawyers are confused by the choice of the limit of liability under the policy with which difficulties arise. Also, fears that the exit to free tariffs will be delayed are reinforced by the difficulties in postponing the refusal of a number of coefficients in exchange for further expansion of the corridor, ”said the vice-president of the board of Loko Bank Andrey Lyushin.

Fully free tariffs in the segment of CTP, according to market participants, is at least a distant future, but still expected. The changes will ensure the overall stability of the institution of CTP and will help improve the quality of services for customers. “For example, the implemented changes to revise the FAC coefficient and the procedure for assigning KBM were the first step towards individualization of the OSAGO tariff. Now, more experienced drivers without an accident in the history of insurance will be able to count on a reduction in the cost of the policy, ”said Vitaly Knyaginichev, director of the Ingosstrakh Retail Business Directorate.

In a few years, the MTPL market will face major changes. In the draft law submitted by the Ministry of Finance, it is proposed to extend from January 1, 2020 the limit of liability for the risk of causing harm to life and health – from 500 thousand rubles. up to 2 million rubles.

Two more initiatives are under discussion that are worth mentioning. First, the ability to use telematics equipment to determine the nature of driving the policyholder and provide additional discounts. In addition to the draft law of the Ministry, an approach to the formation of the tariff is indicated – it should be determined not by the characteristics of the car, but by the accident rates and driver skills. In general, according to experts, these proposals are justified and can improve the system of compulsory motor TPL insurance. But this may raise technical issues related to the number of available telematic equipment and database synchronization (traffic police, RSA) for tracking the accident history. However, today it is too early to talk about it – the bill must be approved and adopted.

According to market participants, a cautious and balanced attitude of the ministry to reform is absolutely logical. CTP – a social type of insurance, which covers about 40 million people. Any changes should take place in stages, with a constant analysis of the situation and making adjustments if necessary. It is very important to make this process smooth, so that both insurers and policyholders can adapt to changes.

In addition, some market participants have undermined the trust of state bodies, and now the whole market has to restore this trust. “We assume that in parallel with the positive changes in the pricing of CTP in the coming years, we will also observe the ongoing transformation of the market with a shift towards the E-CTPA, whose share has now exceeded 50%. However, CTP remains a difficult type of insurance in terms of profitability, including – because of insurance fraud. Therefore, the number of companies operating in the OSAGO market may decrease, ”said Ivan Mironenko, general director of Tinkoff Insurance.

The Ministry of Finance insists on providing the mechanism of free tariffs only in competent hands. Such a thoughtful approach will avoid destabilization of the system and will provide the main goal of the liberalization of the OSAGO market – the provision of an individual tariff to the client.