The fact that global brands are coming to Russian cities is due to the emergence of new shopping centers, the quality of which is not inferior to European ones. Real incomes of the population continue to fall, but some participants in the rating have managed to overtake regions where wages are higher. 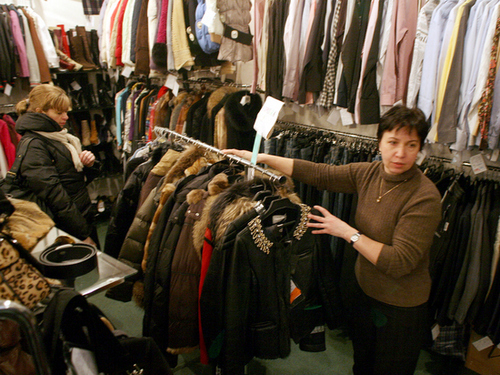 Moscow, St. Petersburg and Yekaterinburg led the top of the best Russian cities for shopping. Such data follow from the results of a study by JLL.

“The leading cities are distinguished by a large population and high purchasing power, which attracts retailers,  ” the report says.

Among the factors contributing to the emergence of global brands in large Russian cities, experts called new shopping centers, the quality of which is not inferior to European. At the same time, the scale of the shopping center market is 24 million square meters – Russia is ahead of any of the European countries.

Samara, Nizhny Novgorod and Ufa occupied the last places in the ranking.

We add that the real incomes of Russians in the first month of 2019  decreased , according to Rosstat, by 1.3% compared with January last year.

In general, the year 2018 continued the trend of decline in  real incomes , outlined during the four previous years. The last time this figure rose in 2013 was 4.0%.

Experts told where in Russia they sell the cheapest shawarma

Its cost was the most important factor for graduates to move to another city. 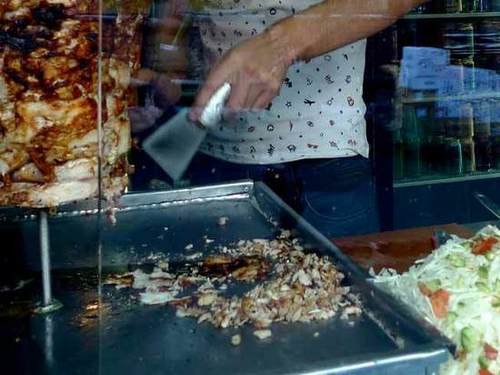 The cost of a popular dish in different cities differs by almost three times and varies from 87 to 245 rubles per serving. Experts studied the attractiveness of cities for university graduates. And one of the main criteria was the price of shawarma.

Grozny, Kirov and Makhachkala topped the list of Russian cities with the most affordable shawarma. The top five also includes Volzhsky and Tolyatti.

Such data follow from the research results of the Moscow consulting bureau Strelka. Experts studied the attractiveness of cities for university graduates. One of the main criteria was the price of shawarma. Snacking outside the home has become an important component of young professionals’ expenses: food accounts for, on average, 32% of all graduate expenses per month.

The cost of a popular fast food, depending on the city in which they sell this dish, differs by almost three times. So, its minimum price on the territory of the Russian Federation is only 87 rubles, while the most expensive shawarma can be bought in Naryan-Mar for 245 rubles.

A bit of a shawarma costs the residents of Yuzhno-Sakhalinsk a bit cheaper – 206 rubles. This is followed by Salekhard (183 rubles), Yakutsk (181 rubles) and Vladikavkaz (167 rubles).

Recall that in October 2018 Rospotrebnadzor checked 251 points for the sale of shawarma in Moscow. Experts found in each of them violations of sanitary and epidemiological norms.

Experts estimate in which regions Russians often pay with cards

Moscow is catching up with Western countries for non-cash transactions

For every Russian over 18, on average, there are three bank cards. However, more than half of the retail turnover of goods and services is paid in cash. Statistics reflect the situation in the Crimea and the North Caucasus.

Cashless payments are becoming increasingly popular in Russia. The vast majority of payments in Moscow and the Moscow region are made using bank cards. However, the regions of the North Caucasus still prefer cash, reports  RIA Novosti  with reference to the results of the study.

For every Russian over 18, on average, there are three bank cards as of October 1, 2018. However, more than half of the retail turnover of goods and services is paid in cash, according to statistics from the Central Bank and Rosstat.

So, the Russians made 43% of payments with bank cards. At the same time, in a number of western countries this figure exceeds 90%.

The closest to this bar came the residents of Moscow and the Moscow region, where almost 85% of all payments are made by cards. The Magadan Region closes the top three (60%).

This is followed by the Irkutsk Region, the Kaliningrad Region, St. Petersburg, Tomsk Region, the Kamchatka Territory, Komi, Tuva and the Murmansk Region – the share of payments by bank cards in these regions varies from 47% to 59%.

Chechnya turned out to be outsiders in the non-cash payment rating, where only 1.8% of payments are made by bank cards, and Dagestan (1.9%).

Interestingly, at the bottom of the list of Russian regions are also Sevastopol (79th place) and Crimea (75th place). Experts explain such positions by technical difficulties due to the sanctions of international payment systems.