The Defense and Security Committee of the upper house of the Russian parliament supports the All-Russian Children and Youth Military-Patriotic Movement “Yarmarmia”. Members of the committee recently considered this question at their meeting at the request of Defense Minister Sergei Shoigu. 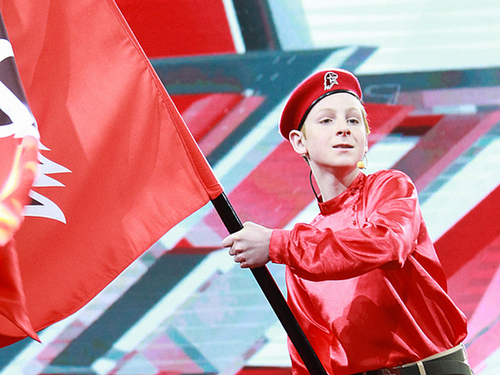 On the scale of the growing movement, the senators were told by the first deputy chief of the Main Military-Political Directorate of the Armed Forces, Alexey Tsygankov. The numbers are impressive. Since its inception in 2016, the movement has already embraced all regions of Russia. In its ranks more than 325 thousand children and adolescents. Moreover, the Unarmean detachments operate on the territory of Russian military bases in Armenia, Tajikistan, Kyrgyzstan, as well as in secondary schools at our embassies in Belarus and the United States.

The number of people wishing to join the ranks of Unarmia is only growing. By May 9, 2019, according to forecasts, unarmeytsy will be up to half a million.

There is an idea to create a whole system of military-patriotic centers and year-round camps in the constituent entities of the Russian Federation. The infrastructure of the Patriot military-patriotic parks, created in military districts, armies and brigades, as well as in-patient recreation facilities under the jurisdiction of regional authorities are useful here. Today, 83 Patriot parks are already operating. By the end of the year their number will increase to 138.

For example, in the Moscow region a specialized educational and methodological educational complex will be created on the territory of the military-patriotic park “Patriot” in Kubinka.

The deputy chief of the General Headquarters of Yunarmiya Elena Slesarenko also had something to tell the senators. She noted that in all 85 regions of the Russian Federation there are more than 13.6 thousand unarmey units. Approximately 1,800 local branches have been established.

In 2019, youths across the country will take part in events dedicated to the celebration of Victory Day. On April 2, the All-Russian innovation technical change “Yuntech” starts. All-Russian military-sports games “Victory” will be held.

The implementation of the project “Unarmia. Mentoring. His goal is to patronize orphanages and children in difficult life situations. The All-Russian patriotic project “My Motherland – Russia” will start soon. More than 900 children will take part in expeditions to study the historical heritage.

And there will also be Interregional competitions on the sea all-around “Sea Light”, timed to the 75th anniversary of the liberation of Sevastopol from the Nazi invaders in 1944, as well as the Race of Heroes competition on the grounds of the Ministry of Defense.

Chairman of the Committee on Defense and Security, ex-commander-in-chief of the VKS Viktor Bondarev reminded that at the end of 2018, Defense Minister Sergei Shoigu suggested that the Chairman of the Federation Council, Valentina Matvienko, implement the joint initiative of the military department and the upper house of parliament to create senatorial units and organize military-patriotic work in the schools where they once studied. The initiative was supported, and in January the committee developed a roadmap for its implementation. Activities in the regions have already begun.

Alliance does not want for Tbilisi to conflict with Moscow