For the Russian army, a whole line of group and individual autonomous energy sources has been created, including solar panels, wind power generators and even micro-hydro power plants. All this engineering equipment will help the special forces acting in isolation from the main forces in time to charge commander gadgets, thermal imagers, military mobiles. This was written by the electronic publication ” Army Standard ” with reference to the Office of the Chief of the Engineering Troops. 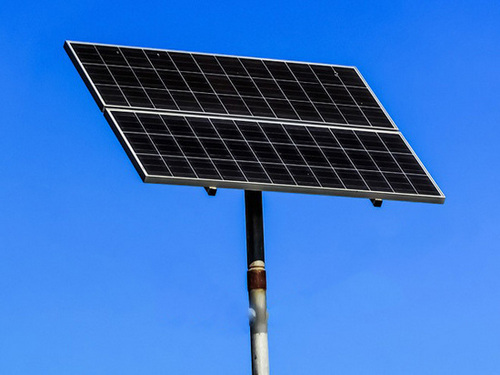 According to the publication in the Ministry of Defense of Russia, a number of new means of power generation have already completed military tests. The mass influx of mini-power stations in parts will begin in 2019.

When creating autonomous individual and group energy sources, world military experience has been taken into account. For example, in the United States, under the Committee of the Chiefs of Staff of the Armed Forces, a special body has long been established – an inter-agency committee on solar energy. He controls the implementation of the plan for the introduction of autonomous renewable sources of electricity in the army. The main goal of the Pentagon’s energy reform is to increase the energy independence of troops operating in remote areas, cut off from traditional energy sources.

In Russia, they also thought about this problem by creating autonomous renewable energy sources for the troops, primarily special forces units. Such interspecific sources include: solar power systems, wind generators, micro-hydro power plants and electrochemical generators. They are both individual and group.

The range of devices is the widest. These include charging solar devices, portable photopower plants, network solar power stations, and combined power plants. From military mini-generators, noncriticality is required for a large number of on and off and high efficiency. The goals are energy supply for soldiers and subunits when they perform tasks in areas where there are no power grids – in mountains, deserts, forests, as well as power supply of a number of weapons.

Interspecific autonomous renewable sources passed military operation in Syria in 2017. According to the Ministry of Defense, this system is a mobile compact solar charger with a photoelectric system in the form of a folding solar battery. There were also created individual sources of electricity of three options: 30, 50 and 100 watts of power.

The main potential consumers of new energy devices are the military personnel of the airborne troops, marines, special operations forces, and other mobile units performing tasks where there is no centralized power supply.

According to the publication, the delivery of individual and group sources of electricity to the engineering troops of the Russian army is scheduled for 2019. They will be assigned to specific military personnel as well as to detachments, companies and battalions.

The new energy strategy of the Ministry of Defense of Russia will reliably provide electricity for military units of the clans and types of the Armed Forces when conducting operations in an autonomous mode, regardless of geographic location and the availability of energy infrastructure.

The Russian Defense Ministry explained the peculiarities of the spring draft