Navalny was taken to hospital from jail, where he was serving a 30-day sentence after being arrested last week for calling people to attend an anti-government protest. 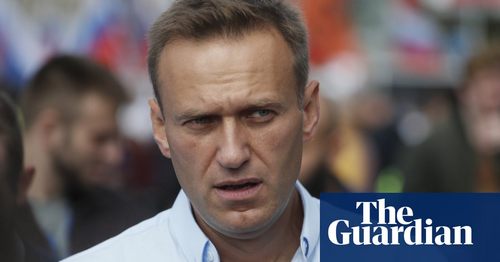 The Russian opposition politician Alexei Navalny remains in hospital after being rushed there on Sunday morning with symptoms that one of his doctors said could indicate poisoning.

The demonstration went ahead on Saturday and prompted the most forceful police response to protests in the country for years, with more than 1,300 people detained by officers.

People were protesting against the refusal of electoral authorities to register independent candidates for the Moscow city council elections in September.

There is no sign that Navalny’s life is in immediate danger and one doctor at the hospital said his condition was improving late on Sunday night, but the news about his health has caused alarm in a country where the oposition politician Boris Nemtsov was shot dead outside the Kremlin in 2015.

Anastasia Vasilieva, one of Navalny’s doctors, wrote in a Facebook post late on Sunday that she and a colleague had visited Navalny in hospital and had first been denied access but were eventually able to examine him. She said his symptoms included facial swelling, itching and a rash.

Vasilieva is an ophthalmologist, who treated Navalny after he was doused with green dye by pro-Kremlin activists in 2017 in an attack that left him temporarily blind in one eye. She said it was clear Navalny was not suffering from an allergy but from “the result of harmful effects of undefined chemical substances”.

“We cannot exclude toxic damage to the skin by chemicals induced by a ‘third person’,” she wrote. She called on the hospital administration to immediately allow proper medical care for Navalny.

Late on Sunday night, a doctor at the hospital, Eldar Kazakhmedov, told the Russian news agency Interfax he believed Navalny was suffering an allergic reaction, though he could not say to what. “At the current time, Navalny’s condition is improving, and all his key indicators are stable. He feels a lot better than when he was admitted,” said Kazakhmedov.

Police detained at least 10 of Navalny’s supporters who had gathered outside the hospital late on Sunday evening, according to a correspondent for Russia’s TV Rain, who was also briefly arrested while live on air.

Vasilieva responded on Monday morning that the hospital’s behaviour was unhelpful and suspicious. “The patient himself and his relatives are not told the diagnosis, they find it out from Interfax. Nobody knows the reason for what happened and his own doctors are kicked out. They’re lying to us. The patient says his eye hurts and they say: ‘He doesn’t need an ophthalmologist. Let it hurt.’”

Later, she wrote that she had received word that she would be allowed to visit Navalny and examine him on Monday.

Most of the 1,300 protesters detained on Saturday were released without charge, but more than 150 spent Saturday night in police stations and may face court this week. An independent monitoring group said at least 25 people had been injured by police.

Several other opposition politicians remain in jail, held on the charge of “obstructing the work of the electoral commission”, and police have carried out late-night searches of their homes in recent days. One, Ilya Yashin, was due in court on Monday morning.

Opposition candidates say they have been barred from the election on the invented pretext that some of the signatures collected to support their candidacies were faked.

On Saturday morning the Moscow mayor, Sergei Sobyanin, warned people they could face arrest if they tried to protest, and riot police had clearly been given orders to move forcefully against the demonstrators. Large areas of the city centre were cordoned off and police used rough tactics and batons to detain protesters despite their action remaining peaceful.

Natalia Zviagina from Amnesty International said the violent response to the protest was a “new low” for Russian authorities and called on police to release all of those detained. “No one should be imprisoned for merely exercising their rights to expression and peaceful assembly,” she said.

Opposition leaders have said they will call another protest for 3 August in an attempt to keep up the pressure on authorities.

The Russian president, Vladimir Putin, who on Saturday descended in a miniature submarine to inspect the wreck of a second world war submarine, had not commented on the protests or the arrests as of Sunday. State TV has also largely ignored the unrest, but millions of Russians watched live streams of Saturday’s events on YouTube.

How will Russia respond to Western nuclear blackmail?