An industrial zone adjacent to multi-storey panels and the private sector is a typical view of the urban outskirts of Omsk. But 30 meters from the well-maintained five-story building, in the thickets of trees, an unsightly rusty barrel is hidden. At first glance, you might think that she was simply thrown out of the nearby factory.

But Svetlana Chernova has been living in this very barrel since 1986. Housing was considered temporary, but after the start of perestroika, it became clear what would become the main thing for Svetlana. At that distant time, the woman could not even guess that she would live here for at least 35 years.

Correspondents learned the life story of Svetlana Chernova and got acquainted with the way of life in such an unusual house.

Blackie the dog, burnt barrels and a rickety fence

On the way to the barrel house in which Svetlana lives, a dog greets us with a sonorous bark. As it turns out later, she is nicknamed Chernysh. The dog is homeless, but constantly turns around the woman’s house, and she is not against such a neighborhood. With a pensioner, a dog can always count on a bowl of porridge.

Previously, there were several barrels here, and there are more “diogenes”, as the inhabitants of the barrels were called. Part of the buildings burned down, while not without casualties – two siblings died in the fire. Now Svetlana lives here alone, the rest of the barrels are empty. 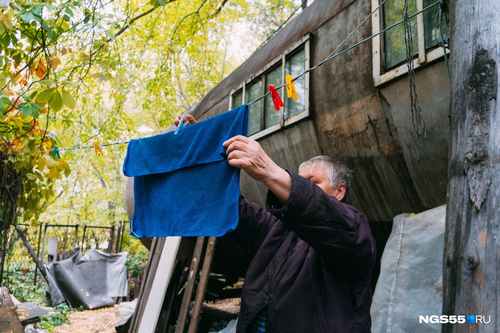 – They don’t live there already. I was the only one left. The family lived here, they moved to stay with relatives. In the “three-ruble note” they were given a room. And in the next barrel a man lived, he is now with a woman. And two barrels were burned. In one, two people were burned, – says the pensioner.

How “faster” to get an apartment from the state

Svetlana is a livestock technician by training, but she also has a crane operator’s crust. In this specialty, the woman worked at a local military plant. In 1986, Svetlana lived in a factory hostel, but the trade union committee suggested that she move into a barrel, as this would significantly reduce the queue for an apartment. The plans were not destined to come true – perestroika began in the country. The military plant eventually ceased to exist, and the queue for an apartment remained a relic of the past.

– When the factory was a military man, he built and settled houses. Previously, officers lived in barrels. When a house was built for them, they moved. Then the civilians were invited to work. Including I came, – Svetlana recalls. – I was told: if you move into a barrel as a temporary housing, then they will give you an apartment faster. I had to get a one-room one. 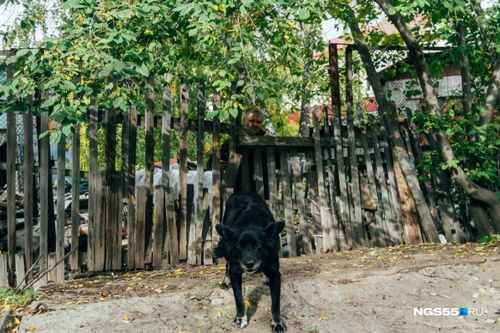 Oddly enough, but Svetlana has a registration. Her passport contains the former address of a military plant, and now a private enterprise. A woman can visit a polyclinic at her place of residence, use the services of the post office, however, she says that the postmen refuse to go to her.

Without water, heat and electricity

Upon entering the barrel from the cool October air, we are filled with warmth and the pleasant smell of burning wood. After the street, the eyes do not immediately get used to the twilight. In the middle of the room, firewood is slowly crackling in a stove, and a kettle is warming up from above. The hostess shows her dwelling, it is divided into an entrance hall, a kitchenette and two rooms. Despite the dilapidated and shabby household utensils, the room is tidy and clean. Water is not supplied to the barrel, as is the centralized heating. The only benefit of civilization – electricity – was cut off two years ago.

– I have been living without electricity for two years. As a new elevator was installed in a neighboring house, my electricity was cut off. I charge the phone with friends. And so – I put the lights on, I sit.

To get water, you need to go to the water pump – the nearest one is 500 meters away. On the offer to help bring water, the woman refused: “I can walk on my own.” Perhaps the most difficult thing in life in a barrel is heating in winter. In frosts, the metal instantly cools down, and firewood must be thrown into the stove every three hours. In order not to freeze, you have to wake up at night to keep the fire going in the stove. But even in the summer heat it is hard. The hot iron inside the barrel makes it impossible to breathe.

Svetlana washes clothes on the street, dries them here, on the clothesline. But he goes to wash up to his friends in the next nine-story building. She says that it is inconvenient, but she is not denied.

How to live on two thousand a month

Last fall, Svetlana caught a cold and went to the doctor at the local clinic, she was tested for coronavirus. The diagnosis turned out to be positive, and doctors came to the barrel for her. After that, the pensioner was hospitalized for two months, and then completely sent to a hospice. Why, she herself does not understand.

– There were two cats. While I was in the hospital, they lived on the heating main. They were discharged from the hospital, the white cat’s ears were frostbitten, and the red one had completely disappeared somewhere, – Svetlana recalls. – And before the illness I bought a gas boiler. While I was away, they climbed in and stole. Now I’m paying for the loan.

Svetlana Chernova pays a loan of 12 thousand rubles a month for the stolen gas boiler – provided that the woman’s pension is only 14 thousand. The loan must be repaid until January 2022. The pensioner categorically refuses any material assistance. She says that she has enough. Several times a month, a woman goes to wash the floor in a nearby furniture shop. For this she is paid a one-time payment of 400 rubles.

Svetlana’s dream is to have her own house with a plot of land. After being in the hospice, they wanted to place her in a nursing home. The woman is not going to move there yet.

– The nursing home is like a prison. You sit down and you won’t get out of there. I’m used to it already. My own barrel. Here it is prayed and consecrated. Father came. If I leave here, the barrel will be ruined. If only to move somewhere for the winter. And then back, a vegetable garden and so on, – says Svetlana.

Svetlana never had a husband and children. He says that it did not work out that way in life. Two siblings died several years ago, and she does not maintain contact with the other few relatives. The woman has repeatedly applied to various departments with a request for resettlement, but she could not get any intelligible answer.

– There were deputies, and the prosecutor’s office. I already hoped that at least something would be decided. And it seems that they were simply instructed to check how I live here. How is that so? – Svetlana is surprised.

Despite all the difficulties, Svetlana Chernova does not complain about life, she believes that “everything is God’s will.” The Bible and a prayer book are always on her windowsill. She leisurely runs her household, in her free time she loves to knit and sew.

It is impossible to count on housing

Inspector of the Justice Assistance Service Margarita Gening is trying to help Svetlana Chernova solve the housing issue. Now she is collecting documents to be sent to Moscow. Later they will be sent to the name of the presidential aide Andrei Babushkin.

– In general, the administration of the Kirov district has been contacted, but I cannot make any inquiries. This is done by a committee from Moscow. Now I am preparing documents to send to Moscow, so that lawyers can make a request as to why everything is happening so sadly. I was present when the prosecutor’s office and the Ministry of Emergencies came. I asked the prosecutor’s office a question. I was told that the request should be made officially, – said Margarita Gening.

The inspector offered to contact the deputies before the September elections, but, unfortunately, it was not possible to meet with the people’s deputies.

Omsk Regional Commissioner for Human Rights Irina Kasyanova honestly admits that she does not see any prospects in obtaining housing for Svetlana Chernova.

– If a person is of retirement age, there are boarding schools, decent ones, both public and private. You can go there. It is simply impossible to count on housing being provided if a person is not on the waiting list. This is just unreal. Today, in our city alone, there are more than 20 thousand citizens who are queuing up, ”said Irina Kasyanova.

When the Ombudsman came to the barrels a year ago, she met only people who do not live in cistern houses all year round.

– Well, no, nobody lives there. When we went out last year for publication, there were no people who would actually live there. They live only during the summer period. They all have registrations. Someone does not want to live with relatives. It should be looked at by surname. We contacted the city administration. Of course, there is no such housing as these barrels. Not listed.

The administration of the Kirovsky District of Omsk is familiar with the situation, but just like the Ombudsman for Human Rights, the only solution they see is the resettlement of Svetlana Chernova to a nursing home.

– Last year she applied herself. There was a written request. We went to see her, it was in the fall. Of course, the conditions are so-so, there is no heating, and so on. She was admitted to the hospital with subsequent registration at the gerontological center. She spent several months in the hospital, she was treated there, she was monitored, – said the press secretary of the district Svetlana Karezina. – She decided to give up the idea of ​​moving to the gerontology center and returned to her place of residence. From our side, we can consider the option [relocation] only through social protection.

The Ministry of Labor and Social Development of the Omsk Region explained that a capable person can be placed in a nursing home only voluntarily.

– A person can live in a boarding house only with his consent. If a person does not want, we cannot define him there on our own. [Svetlana] refuses in vain. Living in normal conditions is better than in a barrel, ”the department explained.

The prosecutor’s office of the Omsk region advised to send an official request, since the situation around such an unusual housing is ambiguous. That is what the correspondent of NGS55.RU did.

– Publications (about barrel houses. – Ed.) Have been published for at least a year, about fires, about dogs. There are results [on the fact of verification], but the situation itself raises a lot of questions. Let’s begin to disassemble one, a second, a third will appear, – said Dinara Tuleva, senior assistant to the Omsk region prosecutor for legal support.

And here, apparently, the logic is such that the second and third questions do not arise, it was simply decided not to help anyone at all. Conveniently, you will not say anything. So, I think, our heroine with such an attitude of officials of all stripes towards her has few options for improving her living conditions.

New Chinese lasers are ready to shoot down US satellites