Today, the Investigative Committee of Russia opened a criminal case against opposition leader Alexei Navalny – he is charged with creating an extremist community. The list of suspects in the case includes the politician’s closest associates, including the Novosibirsk lawyer Vyacheslav Gimadi.

According to the investigation, in 2017, in 37 regions of Russia, the Navalny Headquarters public movement was created (recognized as an extremist organization and liquidated in 2021. – Ed.), Whose main leader and curator was Volkov. He also represented the “Federal Headquarters” in Moscow.

– In the period from 2014 to 2021, the community included Sobol, Alburov, Shaveddinov, Gimadi and other persons, as well as heads and staff of headquarters in the regions, – added the department. 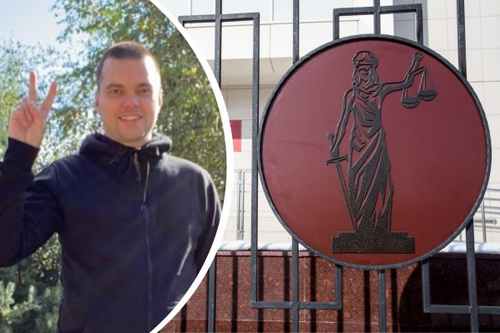 Oppositionists are accused of activities that were “aimed at discrediting state authorities and their policies, destabilizing the situation in the regions, creating a protest mood among the population and shaping public opinion about the need for a violent change of government, organizing and holding protest actions that escalate into riots” …

Vyacheslav Gimadi himself said that he was not personally informed about the initiation of a criminal case.

– I cannot give substantive comments on this case, I have not seen any documents, the Investigative Committee has not sent me anything. I learned about it from the press release of the UK, – he briefly explained.

Later, Vyacheslav Gimadi shared the act of inspection by the Ministry of Justice on December 18, 2020, which stated that no “manifestations of extremist activity” of the organization had been identified.

– Investigative Committee writes about the initiation of an extremism case against me and former FBK employees (recognized as a foreign agent in 2019, an extremist organization and liquidated in 2021. – Ed.). This is absurd, because the fund worked openly, publicly, filed reports and underwent audits, there were no complaints for already 10 years. Here is the act of the Ministry of Justice dated December 18, 2020. No extremism has been identified, ” he explained on his Twitter account.

The check revealed no signs of illegal activity

After the poisoning of Alexei Navalny, his lawyer Vyacheslav Gimadi demanded that the Investigative Committee initiate a criminal case into the attempt on the life of the politician. At first, the Leninsky District Court refused, but then the case was returned for reconsideration. Then the head of the Department of the West-Siberian Department for Transport of the TFR Aleksey Aleksandrov stated that his employees worked within the framework of the law when they refused to initiate a criminal case on the poisoning of Aleksey Navalny.