On April 1, the spring conscription of citizens for military service started in Russia. Novoborantsev waiting in the Armed Forces, Rosgvardii, the border guards of the FSB, FSO, Emergencies Ministry and other security agencies. The correspondent of MK familiarized with the features of the recruiting campaign at the Moscow Lublin military enlistment office, where representatives of the Ministry of Defense spoke about innovations by way of conscription. 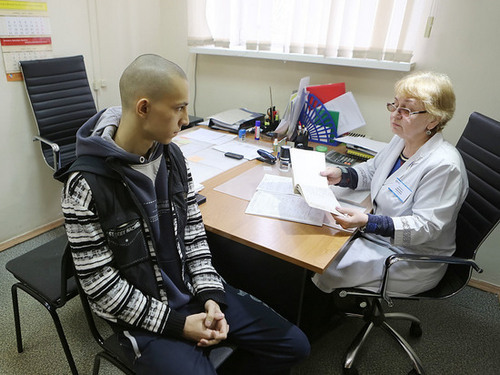 In the course of the first recruiting campaign this year for military service, 135,000 people are planned to be called up.

According to the Russian Ministry of Defense, in the spring recruitment of 2018, 128 thousand people were drafted into the army, and 132.5 thousand last fall. At the same time, the number of citizens called up for military service to fulfill their military duty declined relative to previous years.

A sharp reduction in the number of recruits called up for a year of military service in the army and other security forces occurred in 2017. Then they called only 134 thousand young people, instead of 152 thousand, called up a year earlier. As stated earlier by the Chief of the Main Organizational-Mobilization Directorate of the General Staff of the Armed Forces, Lieutenant-General Yevgeny Burdinsky, the Ministry of Defense intends to continue to reduce the number of regular service soldiers in the troops, replacing them with contract servicemen.

According to official statistics from the Ministry of Defense, in the spring of 2019, the number of young people running from the draft, the so-called draft dodgers, was tripled compared to the same period last year.

The military department seeks to exclude cases when citizens who have legal grounds not to be called up are called up for military service. Each claim of draftees for medical examinations and other reasons is considered by the employees of the military prosecutor’s office. Also, draftees and their parents can file a complaint with the electronic reception of the commanders of the armed forces. Information about them is on the website of the Ministry of Defense.

A month later (May 1), recruitment will begin for recruits from the Far North and equivalent areas.

Also in May will begin the call of citizens working as teachers. By law, they are called into service once a year.

All called-up citizens will, if possible, be sent to serve in military units located near the places of residence. A special priority in this privilege is given to those recruits who managed to acquire a family and a child, as well as those who have sick parents at home who need help.

About how the spring call will be held, on the eve of April 1, they told journalists in the Lublin military registration and enlistment office of Moscow. According to the military commissar of the region Sergey Kuznetsov, in recent years there has been an increase in the popularity of service in the elite troops. In particular, in the Marine Corps and Airborne. Competition for one place is extremely large. Many recruits prefer to come in advance, to have a better chance of serving in the marines and airborne troops.

Moscow can allocate about 500 recruits to the Airborne Forces and Marine Corps. Therefore, the selection is extremely tough. Those who want to serve the elite troops must have sports training, preferably – the experience of skydiving, obtained from courses in DOSAAF.

According to the Assistant Military Prosecutor 231 of the military prosecutor’s office of the garrison Viktor Kabanov, the number of citizens evading military service is decreasing every year.

In particular, as the representative of the Lublin military registration and enlistment office specified, in a conversation with the media, according to the results of the last conscription, 8 people were declared wanted for evading military service in the area.

Trump will bomb Damascus: he has no other choice 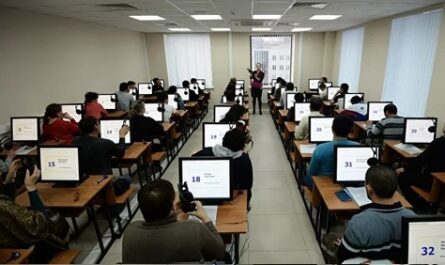