Washington continues to “twist arms” Ankara, forcing to abandon the acquisition in Russia of long-range anti-aircraft missile systems C-400. The final argument was the US-Turkish contract for the supply of 5th generation F-35 fighter jets. The Pentagon announced that it is stopping the delivery of simulators for piloting the F-35 to Turkey. “MK” asked the expert whether the United States with the help of such tactics to achieve his. 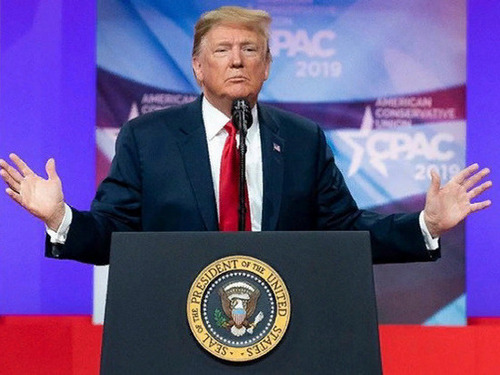 According to the Pentagon, the nearest delivery of training equipment to Turkey will be the last, if Ankara does not terminate the contract with Russia for the purchase of C-400. Further deliveries under the program will be terminated due to Ankara’s reluctance to abandon the purchase of S-400 air defense systems in Russia.

As the Pentagon’s press secretary, Charles Summers, quoted by Reuters, said, “The provision of Turkey with operational capacity associated with the F-35 ceases until Ankara makes an unconditional decision to refuse to supply the C-400.”

The formal argument in the dispute with Turkey over the S-400 Americans call the danger that Russia, with the help of Turkish S-400s, will be able to work out the recognition technology of the American F-35 invisible fighters. In fact, experts have linked the scandal that the US has thrown to its NATO partner, so that the US is losing a lot of money due to the C-400. Their States could get from Turkey for their Patriot missile systems.

Russian designers of the S-400 already have enough technical information on how air targets like the F-35 reflect the radio waves of radars. Simulators of such “stealth”, which are actively used during the operation of the S-400 at the sites, were created. Therefore, American arguments seriously no one takes.

So is there a threat of disrupting a Russian-Turkish contract worth approximately $ 2.5 billion and how painful can the American ban on the supply of F-35s become for Turkey? The chairman of the Council of domestic manufacturers in the field of defense and security of the All-Russian organization “Officers of Russia”, Hero of Russia, test pilot Anatoly Knyshov said about this:

– It will be painful for the USA, but not for Turkey. Ankara does not lose anything, but the States will lose a lucrative contract for a large batch of F-35. The United States does not sell this aircraft to Turkey just because they know that the S-400 missiles are much smarter than the F-35, and are capable of destroying it.

According to the expert, the decision will be for the Turkish leadership, which will weigh all the pros and cons of military-technical cooperation with the United States and with Russia. Ankara is interested in implementing major economic projects with Russia, including the construction of the Turkish Stream gas pipeline

“The United States is unlikely to be able to“ push ”on its NATO partner, given that there are American bases in Turkey, including the largest military airfield, the expert said.

He also noted that Russia, if Turkey wants, could supply it with the latest aircraft. For example, the Su-35, which bought China.

– As for our 5th generation aircraft, these vehicles still have to saturate the fleet of our HQs. But then it is quite possible to supply them to foreign buyers, ”said Anatoly Knyshov. – But I think this is not a matter of the near future..