The example of Belarus: the cost of some products jumped immediately by 20 percent 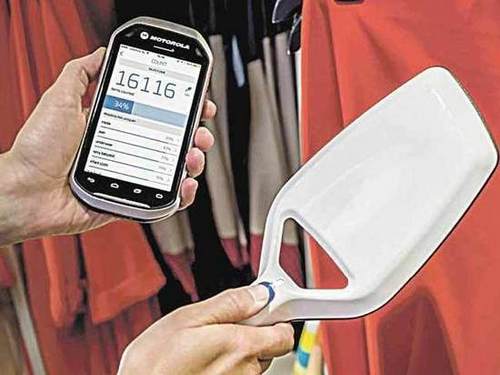 In early spring, the domestic market is preparing for a meeting with a new shock – in March, a program is launched to label a number of consumer goods. First, officials will oblige to put special labels on tobacco products, then it will affect medicines, clothing and footwear, and then it will reach cameras and car tires. By 2024, mandatory labeling may extend to all products sold in our country – both from Russia and from abroad. Projected by government departments revenues from the implementation of this large-scale plan are measured in hundreds of billions of rubles. In turn, the costs will have to be borne not only by producers and sellers, but also ordinary consumers, since total “microchipping” will be the reason for the rise in retail prices at a rate significantly higher than inflation.

The total labeling of goods for which the Ministry of Industry and Trade is preparing has two main objectives. Firstly, in this way officials expect to reduce the number of counterfeit and falsified products in the domestic market. Secondly, they intend to increase the collection of all types of taxes – from customs duties to excise taxes. “The labeling system means not just the identification of the goods, but the traceability system at all stages: from production or import into the country to sale to the consumer. This allows you to identify and suppress existing schemes for evading customs and tax payments.

The first experience with RFID-labeling of products from natural fur, which started in August 2016, according to the ministry, was successful: 20% of entrepreneurs working in this market came out of the shadow sector. It is assumed that this year a unified labeling system will cover products not only of premium class, but also of everyday nature, and from 2024 it will extend to all categories of goods sold.

For the state, labeling of goods is an additional way to control and regulate the widest consumer market. All items moving products will be tracked. Marking will accurately determine the size of the excise and identify violations of the circulation of goods. In particular, in the pharmaceutical industry it will be possible to identify the facts of the illegal resale of medicines.

Technologically marking will be carried out in two ways. Manufacturers will be able to use special automata to put RFID tags on their product, invented by the US Navy in 1937 and close to the “friend-foe” system that anti-fascist allies actively used during World War II to determine: shoot down an airplane or skip it on aerodrome. RFID tags are still widely used, including for the automatic collection of tolls on toll motorways.

The second option is Data Matrix coding. These are marks in the form of squares with black and white elements, which are often found on the sales receipts of domestic stores and transport tickets.

Since March, tobacco products will be subject to mandatory labeling. This sector of the economy really requires more careful control. According to the editor-in-chief of the Russian Tobacco news agency, Maxim Korolev, up to 25% of the domestic tobacco market is covered by illegal products. The most problematic distribution points for counterfeit products are regions bordering Belarus and Kazakhstan.

From May, the labeling will cover a dozen expensive medical products (from next year it will become mandatory for any drugs). In July, tags will have to be put on all categories of shoes, and from December, the labeling rules will apply to bed linen and other household underwear, outerwear, shirts, photo equipment, car tires and perfumery. After another five years, RFID tags or Data Matrix codes (if they do not come up with the best) will have to be put on all without exception the products sold in our country.

Why pull the rubber?

Not everyone shares the opinion that labeling will easily penetrate into the consumer market and become one of the components of Russian life. First of all, the list of goods with which the marking revolution will start raises questions. At the end of 2018, perfumery sellers were criticized by the complaint that its introduction would lead to the disappearance of samplers from their counters.

Doubts are caused by the application of labeling rules to photographic equipment and automobile tires. Cameras in Russia have not been manufactured since the early 1990s, while tires are mainly imported from abroad, and their manufacture within the country is concentrated in the hands of well-known foreign companies. The production of such products implies high technology and expensive equipment. Already, products of these categories are subject to mandatory certification. Counterfeit products in these industries run into an impressive financial barrier in the form of raw material costs and other expenses.

In addition, the question arises: how will cameras and tires be labeled? Each foreign manufacturer selling its products in Russia can supply from several dozen factories. Especially for our country, no one produces these products, so it’s not clear how the Ministry of Industry and Trade intends to oblige importers to adjust to Russian standards. As a result, there may be a local shortage of these products in the country.

Disagreements arise regarding the labeling of medications. As the head of Roszdravnadzor, Mikhail Murashko, notes, the legal network of domestic pharmacies is almost completely protected – in 2017, in the whole country, only six sets of counterfeit drugs were identified out of 270,000 series of drugs produced. Thus, the share of counterfeit medicines on the Russian market is only 0.4% of the volume that is officially sold in pharmacies.

According to Dmitry Yanin, chairman of the board of the Confederation of Consumer Societies, world experience shows that labeling is most appropriate either in fairly narrowly specialized areas, for example, in the defense industry, or should apply to excisable goods with a substantial share of fiscal fees for alcohol and tobacco. “It is not clear what the authorities are guided by insisting on the use of mandatory labeling for consumer goods,” the expert shares his doubts.

We will not stand for the price

Universal labeling can make it difficult to implement the idea of ​​returning to the Russian market non-stationary and mobile outlets, which was proposed by the same Ministry of Industry and Trade and is now being considered in the State Duma. If this project receives legislative confirmation, then, according to the Deputy Minister Viktor Evtukhov, in the Russian cities will appear “at least 50 thousand mobile shops.” Such a trade format will also have to be equipped with technical elements for fixing counterfeit and falsified products. Experts are already expressing fears that mobile counters are at risk of being filled with goods without proper labeling: after all, it will be much more difficult to track this in mobile outlets than in stationary ones.

Experts also doubt the statement that total labeling will not lead to a jump in prices for goods. In the case of fur products, the labeling program did not lead to a significant increase in prices. With an average cost of one fur coat of 100–125 thousand rubles, the extra weaving (100 rubles was the maximum price of a chip) did not make the weather. A different situation may arise with consumer goods. If we turn to the experience of neighboring Belarus, then there marking a widest group of products has long caused a lot of complaints. As local experts calculated, if in high-priced goods the price of labeling did not exceed 0.1–0.5% of the cost, then, say, in a pack of budget tea or coffee, it reached 20%. Something similar may happen with Russian consumer goods, and after all, inflation in the country is accelerating as a result of the increase in VAT.

But in light industry, in particular, in the production of footwear, automated assembly is far from being everywhere. “In many cases, the marking will have to be applied manually – a sticker with the code is printed and pasted on the box,” the expert explains. In other words, manufacturers will have to hire additional staff, not only low-skilled employees, who will be charged with rough work, but also expensive high-class specialists who are knowledgeable in technological nuances. Only small mobile retail will attract up to 250 thousand labor personnel to trade and related areas. “The costs for these goals will certainly affect the final price of the goods – the rise in value, for example, of the most affordable product line can be up to 10%,” notes Dmitry Yanin. It will more than double the rate of inflation,

Another negative side of the total labeling, according to the expert, may be the return of producers to the so-called re-grading, common throughout the Soviet era. To save tax deductions, high-value goods can be made out as products with a lower cost, but they will be distributed in the future at real market prices. Of course, it is possible to identify such frauds, but the process of confirming that these goods are provided incorrectly risks being delayed indefinitely, and as a result of bureaucratic delays the offender may remain without punishment. According to the methodological guidelines for the inventory of the property, approved in 1995 and valid to this day, if the specific perpetrators of the regrading are not established,

According to Dmitry Yanin, the total business investment in labeling all types of goods planned by the government amounts to 100 billion rubles a year. Such large-scale turnovers can scare away trade from quite reputable and bona fide, but small regional companies that do not pull expenses and can leave the market. At the same time, despite the abundance of various supermarkets in large cities of Russia, in the province often only one seller falls, for example, fancy goods for several villages and villages. “Domestic trade“ digested ”the increase in the value-added tax, other government measures that are mandatory for business, but total labeling, which can lead to a weakening of competitiveness in the domestic trade sector, risks not overpowering.