In Russia, in particular, there may be a charge from “road users”. The project also involves the replacement of the resort collection hotel since 2023. Earlier, in the next six years, taxes will not be adjusted, said Prime Minister Dmitry Medvedev

The Ministry of Finance of the Russian Federation prepared a draft law providing for an additional five chapters in the Tax Code. On this on Tuesday, April 2, reports Kommersant .

If the proposed amendments are adopted, then in Russia there will be, in particular, an environmental tax, a utilization fee, a tax on telecom operators and a fee from “road users”.

In addition, the project involves the  replacement of the resort collection with hotel since 2023 .

Earlier, in the next six years, taxes in Russia  will not be adjusted , said Prime Minister Dmitry Medvedev. According to the latest data from the Public Opinion Foundation, 26% of Russians trust the chairman of the government. According to VTsIOM, 38% of respondents now approve of his activities as head of the Cabinet.

Experts explained the savings of Russians on food and drugs

Prices for daily spending will continue to grow 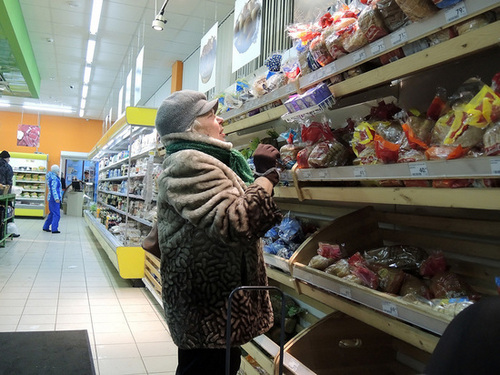 To survive, Russians are increasingly focusing on promotions and discounts, choosing the most budget stores. According to experts, a similar situation will continue, at least until the end of the year.

The trend towards total savings on daily spending has increased markedly against the background of falling real incomes of Russians. About this on Friday, March 29, writes ” Kommersant “.

According to experts, spending cuts occur in parallel with the growing concern about the economic situation in the country. To survive, Russians are increasingly focusing on promotions and discounts, choosing the most budget stores.

According to a study by the Initiative, by the end of 2018, Russians began to save on confectionery, soft drinks, perfumery, drugs, gasoline, leisure and the Internet.

Experts predict that a similar situation will continue during 2019: the price of daily spending will increase, which will increase consumer concern.

Daily purchases of Russians for the year increased by one ruble

And compared with pre-crisis indicators – by 66%

Everyday expenses of Russians went up again and for the week amounted to 4,299 rubles: + 1.5% to the previous period. At the same time, 39% of respondents in the past six months began to save on food more than before.

The average check of one purchase in the store last week grew by 1.7% and amounted to 532 rubles. Thus, with a difference of one ruble, he caught up with the same indicator last year (531 rubles). This is evidenced by the results of the study holding “Romir”.

Everyday expenses of Russians went up again and in a week amounted to 4,299 rubles: + 1.5% from the previous week.

Interestingly, compared to the values ​​of 2012, the average check of the last week added 66%.

At the same time, 39% of Russians in the last six months began to save on food more than before, reports the Public Opinion Foundation. Weakened mode of saving only 2% of the population. Sociologists recorded a similar picture in the expenditures on non-food items.

Which celebrity will write laws in the new State Duma