A federal electronic database of weapons in civilian circulation will appear in Russia, which will be created on the basis of Rosgvardia data. It will simplify the acquisition of weapons by citizens and security firms. This was stated by the head of the Rosguards Army General Viktor Zolotov at a meeting of the scientific and technical council of the department. 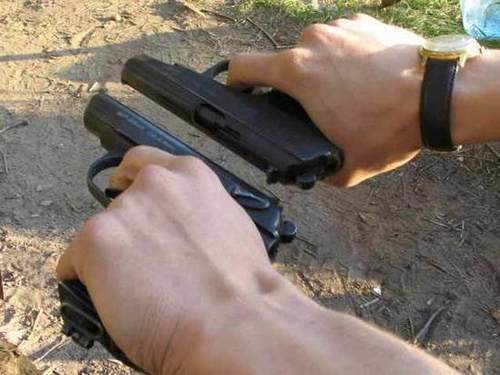 According to Zolotov, Rosgvardiya intends to switch to the “paperless” licensing regime, which will significantly ease the lives of all owners of civilian weapons. The new system will cover the entire chain of arms sales to legal entities and individuals: from the manufacturer to the immediate owner. Each weapon will be tracked and entered into the database.

If all the certificates are transferred to digital format, it will be a revolution in this area, expert Alexander Kudryashov told MK.

According to him, now the acquisition of weapons by individuals takes place in two stages. You need to get permission to carry a weapon from the Rosguard or the Ministry of Internal Affairs. After the purchase, the citizen is obliged to register the weapon in law enforcement agencies within two weeks.

If the digitalization of the system is successfully implemented, the process will be significantly simplified. Rosgvardia plans to register each weapon in the electronic register, and therefore citizens will be exempted from putting their weapons on the register. It will be taken into account by default.

-If patrolmen stop you, for example, 1,500 km from Moscow, it will be enough for them to request the Federal base and determine whether you have the right to carry this gun or pistol.. – said the expert. – Previously, police officers from another region could have problems in order to confirm the authenticity of your license, but if the new system is successfully introduced, the process will be simplified – says Kudryashov

It remains unclear, however, whether citizens will be exempted from paying a fee for obtaining a license on the right to bear arms. But the news itself causes some optimism among specialists.

“If this happens, then we will approach world standards in the issue of arms trafficking – concludes Kudryashov

As previously stated by MK, an expert specialist of the Main Directorate of State Control and Licensing and Permissive Work of the Rosguards Police Colonel Svetlana Ternovaya, in the hands of 4 million Russian citizens is 6.64 million civilian weapons. Thus, innovation in the weapons circulation system will affect every 35th Russian.