The Prime Minister of the United Kingdom Teresa May on Wednesday, May 1, appointed a new Minister of Defense of the country. Previously, Gavin Williamson May, who held this post, fired with scandal due to a leak of official information from a meeting of the National Security Council. 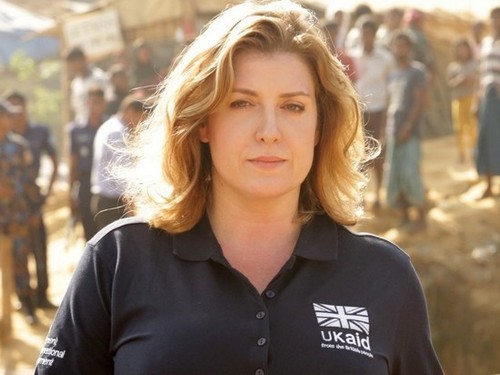 While the world press predicts the British premier Teresa May to resign from day to day because of problems with Brexit, Ms. May herself dismisses her ministers. The reason for Gavin Williamson’s dismissal from the post of Defense Minister was the leak of official information from a meeting of the National Security Council about the Chinese telecommunications company Huawei. The former Minister of Defense himself rejects involvement in the leak.

“I categorically deny that I had anything to do with this leak, and I am sure that a thorough and official investigation will confirm my position,” he said. The official representative of the Russian Foreign Ministry, Maria Zakharova, commenting on the scandal, recalled that Williamson had earlier urged Russia to “step back and shut up.”

Nevertheless, the newly appointed British Secretary of Defense Penny Mordont is also known for his unfriendly attitude towards Russia. She called our country the main threat to world order. She also noted that Russia gave the Assad the green light on monstrous crimes. Prior to the new appointment, Mordont was Minister for International Development, while continuing to hold the post of Minister for Women and Equality in parallel with her position in the Minister of Defense. Queen Elizabeth II has already approved her appointment.

However, the true reason for the loud dismissal of Williamson may not be a leakage story at all, but his longstanding enmity with Prime Minister May. Earlier, the British press wrote about his active participation in the conspiracy to remove May from his post and even about his personal ambitions for this post.

Also noteworthy is the fact that Mordont is a supporter of Brexit without a deal, which Teresa May may have to take. British media previously reported that at least six ministers who are in favor of preserving the country as part of the European Union will leave their posts if May decides to support the option of just such an exit without agreement.

Penny Mordont will also become the first woman in the post of Minister of Defense of Great Britain. In the government of David Cameron, she served as junior minister of the armed forces. Mordont served in the ranks of the British armed forces in the navy, has the rank of junior lieutenant. She also knows that a woman spends a lot of time and money on charity, supporting people with diabetes.

How will Russia respond to Western nuclear blackmail?