The Indian armed forces successfully tested anti-satellite weapons. An A-SAT rocket hit a low-Earth orbit spacecraft. Previously, this could only be done in our country, the United States and China. A military expert appreciated the progress of the Indian rocket and space program. 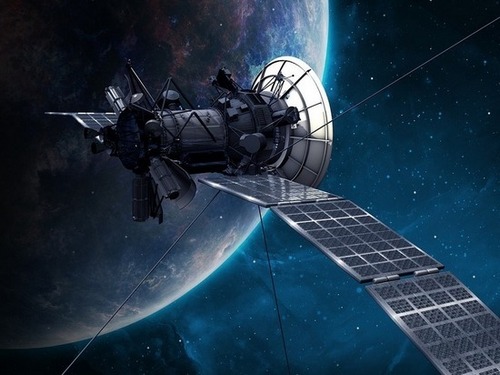 Indian Prime Minister Narendra Modi reported on the successful testing of an anti-satellite missile. According to him, in this way India “was among the great space powers.” “The A-SAT rocket will add power to the Indian space program,” said the Indian prime minister. He assured that the new weapon is exclusively defensive.

It is clear that India is trying not to fall behind in its missile and space areas from its neighbor, China. Let me remind you that in China on January 11, 2007, the military first shot down an old Chinese weather satellite FY-1C with a rocket. And now India has demonstrated similar capabilities.

In the USSR, anti-satellite weapons were tested in the 70s of the last century. At first they did not believe in the opportunity to bring down the satellite. They said that this is the same thing as getting the needle tip into the tip of another needle. After all, the speed in orbit – space – almost 8 kilometers per second. For a moment he was slow and the target was already far away. Nevertheless, the Soviet designers succeeded.

Russia has not tested such weapons. Firstly, the technology was developed in the USSR, and, secondly, from considerations of “space ecology”. The fact is that every satellite shot down by a rocket is a whole cloud of dangerous objects of “space debris”. So, after the destruction of the Chinese meteorological satellite FY-1C, several hundred small fragments were formed, periodically threatening the operating space vehicles and even the International Space Station. Thanks to speed, any such fragment is capable of “flashing” the apparatus casing, like a knife paper.

According to the Prime Minister of India, the experiment was conducted with a satellite at an altitude of 300 kilometers. At these heights, by the way, there are also operating space vehicles. True, they are not so many. And the ISS flies at an altitude of about 400 km.

“This is a consequence of the development of the missile industry and the implementation of the ballistic missile development program, including Agni,” he said. – India has space carriers for a long time. With regard to the creation of the head of the anti-satellite missiles, it is possible that the Indians benefit from the experience of working on the BrahMos family of missiles.

According to him, in order to direct an anti-satellite missile at a target, a developed ground infrastructure is necessary.

– We need tracking stations and determining the location of space objects. You must know exactly the parameters of the orbit of the target – height, inclination. “There should be well-developed algorithms for ballistic calculations,” said the expert. – After all, it is necessary to accurately calculate in which place the target will be at one time or another, in order to launch an anti-satellite rocket at the right point in advance.

India has proven that it possesses the entire set of tools for solving such problems.

-India has its own space rockets, satellites, ground infrastructure. It is possible that the next step will be its own manned flight. Until now, only our country, the USA and China had the capacity to send cosmonauts into orbit, the expert said.

How to protect your wallet from counterfeit notes: expert advice