Scientists have answered one of nature’s most pungent questions: what gives the world’s smelliest fruit its distinctive aroma.

Researchers in Singapore  have mapped the genome of the durian, known throughout Southeast Asia as the ‘king of fruits’.,

The world’s smelliest fruit has twice as many genes as humans that turbo-charge its production of ‘rotten egg’ compounds containing sulphur. Scientists mapped the complete DNA sequence of the durian (pictured) for the first time to found out why it emits such a smell

The durian, dubbed ‘the king of fruits’, is considered a delicacy in South East Asia but has also been compared to sewage, garbage or rotting meat.

It’s banned from hotels and public transport in some countries because its whiff is so strong and can be smelled from yards away.

The fruit’s flesh is sometimes eaten raw, or is cooked and used to flavour a number of traditional Southeast Asian dishes.

It’s also used in traditional Asian medicine, as both an anti-fever treatment and a aphrodisiac.

The word durian comes from the Malay-Indonesian language word for duri or ‘spike’ which refers to the spikes protruding from the outer shell of the fruit.

The nutrient-packed fruit is also high in vitamin C, vitamin B, thiamin, copper, iron and fibre and contains healthy fats.

Although highly popular as a food, the large, spiny, fruit is banned from hotels and public transport in Singapore and Malaysia, because of its strong pungent odour.

‘The durian smell has been described as a mix of an onion-like sulphury aroma with notes of sweet fruitiness and savoury soup-seasoning,’ said geneticist Bin Tean Teh, deputy director of the National Cancer Center Singapore, co-leader of the study published in the journal Nature Genetics.

‘A key component of the durian smell are volatile sulphur compounds, or VSCs, which have been characterized as decaying, onion-like, rotten eggs, sulphury and fried shallots,;

Researchers from the National Cancer Center (NCC) and Duke-NUS Medical School in Singapore compared DNA from the durian with other plants that also have an unusual smell, such as cotton and cacao.

Unlike other plant species that typically have one or two copies of these genes, this species boasted four copies, demonstrating that VSC production is, as Teh put it, ‘turbocharged’ in durian fruits.

The researchers said this odour may be important to the durian in the wild, helping to attract animals to eat it and disperse its seeds.

The scientists sequenced the genome of the Musang King variety of durian, discovering it has about 46,000 genes, nearly double the number in the human genome.

They were able to trace the evolution of the fruit back 65 million years, finding an ancient relationship to the cacao tree, whose seeds produce chocolate.

‘Most of us in Singapore have grown up with the durian, and we are very familiar with it,’ said geneticist Patrick Tan, a professor at Duke-NUS Medical School in Singapore. 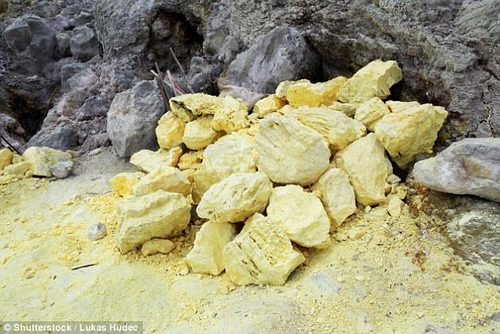 Researchers identified a class of genes that regulate the production of chemicals called VSCs. These sulphur (pictured) containing compounds are responsible for some of the most offensive smells in nature, including the stench of rotten eggs

‘However, even within the same family, there are individuals that love the taste, while others have learned to simply tolerate it, especially during durian season. For those who have never experienced durian before, it can indeed elicit opposing emotions of devotion and revulsion.’

Durian is eaten fresh, cooked, fermented or as an ingredient in candies, baked goods and other food.

The researchers said there are at least 30 other durian species, some edible, some inedible, and some with other distinctive features. Several are endangered.

The scientists efforts were driven by both innate scientific curiosity and a love of the fruit, and funded by private donations from anonymous durian devotees.

The full findings of the study were published today in Nature Genetics.

They found during fruit ripening there was higher levels of expression of the genes involved in sulphur metabolism.

The researchers said more copies of genes involved in VSC biosynthesis can be found in the durian than in any of its close relatives.

This suggests an evolutionary change underlies the aroma of the fruit.

The scientists efforts were driven by both innate scientific curiosity and a love of the fruit, and funded by private donations from anonymous durian devotees.

The full findings of the study were published today in Nature Genetics. 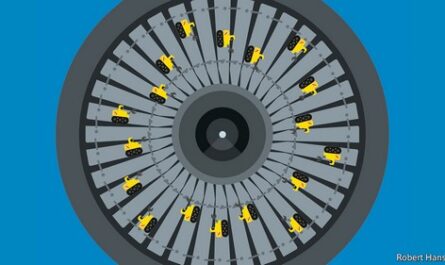 Tiny robots will inspect and fix jet engines from the inside