Estonian officials are working on legislation that will grant robots and artificial intelligence (AI) legal status.

The country’s economic ministry is considering granting AI and robots a legal status that would make them ‘robot agents’.

The status would sit somewhere between having a ‘separate legal personality’, like a corporation, and being an object that is someone else’s ‘personal property’.

The legislation could help determine who is responsible when AI-controlled vehicles or machinery are involved in an accident. 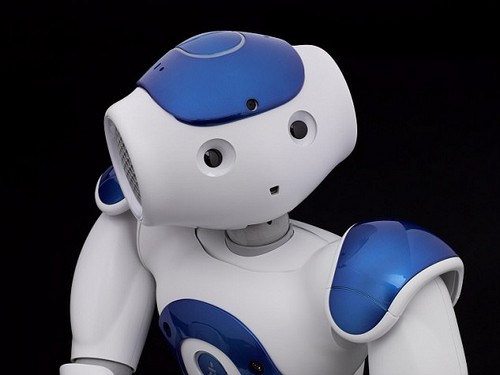 The ‘robot agent’ status would sit somewhere between having a ‘separate legal personality’, like humans, and being an object that is someone else’s ‘personal property’.  Pictured is the Nao V5 Evolution humanoid robot, created by Aldebaran Robotics in France

If a robot unlawfully kills someone in the heat of battle, who is liable for the death?

In a report by the Human Rights Watch LAST year, they highlighted the rather disturbing answer: No one.

The organisation says that something must be done about this lack of accountability – and it is calling for a ban on the development and use of ‘killer robots’.

Called ‘Mind the Gap: The Lack of Accountability for Killer Robots,’ their report details the hurdles of allowing robots to kill without being controlled by humans.

‘No accountability means no deterrence of future crimes, no retribution for victims, no social condemnation of the responsible party,’ said Bonnie Docherty, senior Arms Division researcher at the HRW and the report’s lead author.

Siim Sikkut, the official in charge of the government’s IT strategy, said the move would come with several advantages.

‘If we seize this opportunity as a government, we could be one of the trail blazers,’ Mr Sikkut said in an interview in in Tallinn on Friday, according to Bloomberg.

Mr Sikkut said he isn’t aware of any other government preparing a robotics law outside Estonia.

He said the new rules will hopefully be brought in ‘within a couple of years.’

‘We need to get plenty of myths and stereotypes out of the way early on,’ Mr Sikkut said.

‘Like that robots are taking over everything or that we’re going too far with computerisation.

‘Of course, these questions need to be addressed with all new technologies.’

This is not the first time this year that European officials have debated changing the legal status of robots.

With the robotics industry rapidly growing, MEPs have warned that rules are needed to ‘guarantee a standard level of safety and security.’

In a resolution voted in February, Members of the European Parliament asked the EU Commission to enforce regulatory standards for robotics, and stressed the key issue lies with self-driving cars.

They suggested a European agency for robotics and artificial intelligence should be set up to supply public authorities with technical, ethical and regulatory expertise. 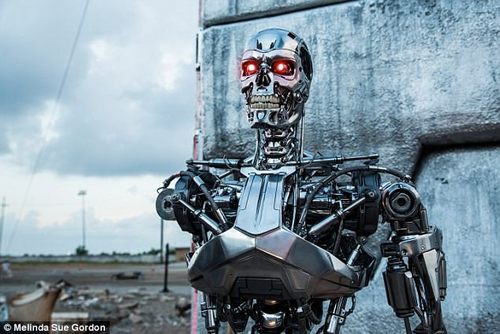 Estonian officials are working on legislation that will grant robots and artificial intelligence (AI) legal status, reports suggest. The move has led some to draw parallels with the sentient robots created by Skynet in the Terminator film franchise (pictured)

They also asked for specific legal status for robots as ‘electronic persons’ in the long run, in order to establish who is liable if they cause damage.

Mady Delvaux, a Socialist MEP from Luxembourg, led the campaign and warned that Europe is passively standing by as robots take an increasingly powerful role that will turn even stronger with the emergence of driverless cars.

Auto builders want to see robotic cars on the roads by 2020, but difficult questions remain on who would be legally liable in the case of a car crash.

How to look at proteins without distorting them