A ‘feminist vandal’ has targeted an historic pub by adding a female scientist to a plaque commemorating a huge discovery.

The sign outside of The Eagle pub in Cambridge celebrates the discovery of the DNA ‘double helix’ in a nearby laboratory by Francis Crick and James Watson.

The pair famously left the Cavendish Laboratory and announced they had discovered ‘the secret of life’ at the pub in 1953.

But chemist Rosalind Franklin is also an instrumental figure in the scientific breakthrough but is not featured on the plaque.

A blue plaque honouring James Watson and Francis Crick for building the first model of a DNA double helix has been ‘vandalised’ with the addition of the name of Rosalind Franklin, another scientist whose work is believed to have inspired the pair

She died of ovarian cancer in 1958 and her name was not included on the blue plaque until a fan added ‘+Franklin’.

The history around the discovery is controversial, with much of their design based on research carried out by Franklin and her colleague Maurice Wilkins at King’s College London between 1950 and 1953.

By February 1953, Crick and Watson began building their model but Franklin was opposed to this because she thought it was premature.

It has also previously been alleged that Watson had been given one of Franklin’s X-ray images of DNA without her permission by Wilkins, although it has also been claimed Wilkins passed the image on with her blessing because she was leaving King’s to work at Birkbeck College.

Her reaction to the model when seeing it months later is also said to have been ‘unimpressed’. 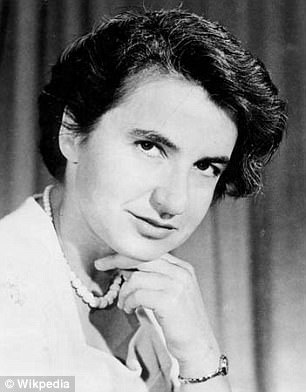 Franklin’s involvement in the discovery is not completely ignored though as there is a smaller plaque inside the pub dedicated to her.

Reaction the the graffiti has also been mixed, with some welcoming the recognition for Franklin and others branding the culprit a ‘feminist’.

Writing on Facebook, Alex Holland said: ‘Feminists doing something thoughtful and scholarly is refreshing, at least.’

Andrew Burge added: ‘This is more complicated than it first seems. Rosalind Franklin certainly did and does deserve recognition for her contribution.

‘Possibly why she is not mentioned on the plaque is that she was at Kings College in London when she made her vital contribution to this work. So the Eagle was quite possibly not her local.’

Annie McIntyre added: ‘Clearly never been in The Eagle and seen her plaque that was placed there years ago on the anniversary of the discovery.’ 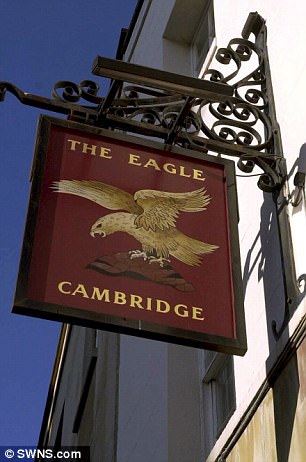 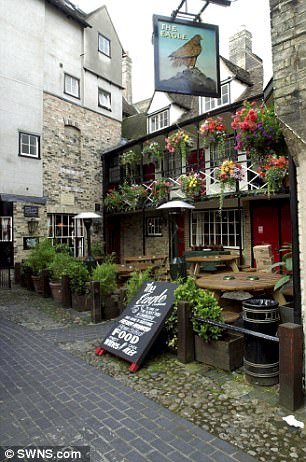 The pair went to The Eagle in Cambridge, pictured left and right, and announced they had ‘discovered the secret of life’

‘For decades the Eagle was the local pub for scientist from the nearby Cavendish Laboratory.

‘It was here on February 28th 1953 that Francis Crick and James Watson first announced their discovery of how DNA carries genetic information.

She graduated from University of Cambridge in 1941 and after completing her PhD she moved to Paris, she then worked with Crick and Watson as a research associate for King’s College London.

DNA (Deoxyribonucleic acid) molecules encode the genetic instructions used in the development and functioning of all known living organisms and many viruses.

James Watson and Francis Crick were the first to visualise what DNA looked like after creating their double helix model.

But their work came at the same time as unpublished research was being undertaken by Rosalind Franklin and Maurice Wilkins at King’s College London. 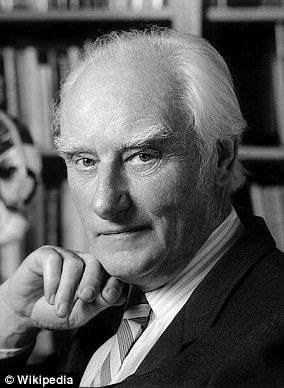 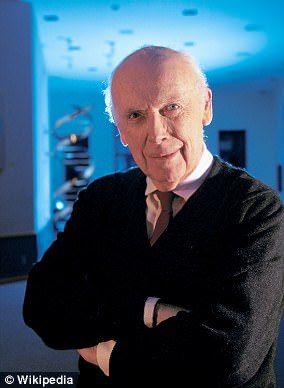 Franklin was granted a three-year fellowship at King’s in 1950 to research DNA, which Watson was aware of having attended a lecture by her in 1951.

It has also been alleged that Watson was given an X-ray image of DNA belonging to Franklin without her permission, although these claims have been disputed.

A deal was later struck between both laboratories to subsequently publish Franklin and Wilkins’ work in the same journal.

Upon seeing the model weeks later, Franklin is said to have been unimpressed, calling it ‘very pretty’ but questioning whether they could prove it.

Growth of the connected vehicles market: The world in your car

Edge computing: How will it impact businesses?