Even though ideas are abundant, translating them into viable products is easier said than done. Funds are always in short supply – a simple truth that has driven technology startups to compete for a share of the investments that venture capital (VC) firms thrive on making. 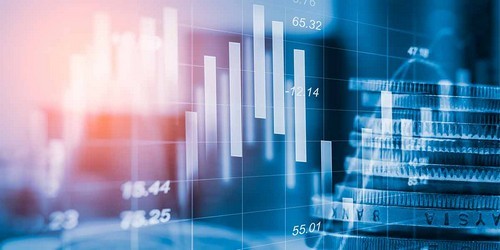 SoftBank’s Vision Fund, the biggest technology investment funds in history, has been known to funnel in as much as USD 300 million into Wag, a dog walking app. As difficult as it may be to get a VC firm onboard, a tech startup only needs to present its unique idea with high barriers to entry, have a compelling value proposition, and demonstrate its marketability.

Given the amount of money that is usually involved, venture capitalists are a conservative lot and will bet on the horse that brings home the prize. To this effect, VCs prefer to develop their portfolios not around companies or ideas but rather around key technologies which exhibit massive market potential.

AI is all pervasive

This is more than evident from two of Softbank’s most recent large bets – USD 120 million on Lemonade and another USD 93 million on Petuum Inc. Both these companies operate in different verticals but what their flagship products have in common is artificial intelligence (AI). In fact, 2017 saw VC firms almost double their investment on AI, bringing the global total up to USD 12 billion.

Since AI, along with machine learning, are being adopted by companies across industries, these investments are remarkably diversified. While Tencent Holdings Ltd. pumped a staggering USD 1 billion into the Chinese electric car startup Nio, Alibaba’s Ant Financial along with the state-owned Guo Feng Fund helped Face++ (a cognitive services company) raise USD 460 million.

Autotech in the driver’s seat

Nio’s rise to prominence only goes to show that the electric car, once relegated as a pipe dream, is back from the dead. Tesla may have had a dominant grip over the autotech segment, but VC firms are helping startups, such as NAUTO and Embark, loosen that hold.

Within the first three quarters of 2017, autotech VC deals managed to raise USD 908 million and is well on its way to cross the USD 1 billion benchmark before this year ends.VC firms, however, seem to be leaning more towards autonomous driving, fleet telematics, vehicle-to-vehicle (V2V) communication, auto cybersecurity, and connected car solutions as key investment areas.

New links in the blockchain

Apart from witnessing AI become a household name in the form of Google Assistant, 2017 also saw bitcoins and blockchains step out of the shadow economy and into the mainstream as the hottest trend in fintech. Believe it or not, the amount of VC funding for Blockchain-based companies so far in 2018 has already reached more than 40% of last year’s total.

Although regulatory authorities are still working hard on creating a global governance framework for cryptocurrencies, blockchain – the underlying technology – has been appropriated by a wide range of companies to power their products. In October 2017, a USD 100 million investment from SparkLabs led to the birth of the SparkChain Capital project. This early-stage fund for blockchain and cryptocurrency projects has already invested in six blockchain platforms to date. Blockchain investments, as such, are expected to grow as more and more VC firms comes to recognize the opportunities that this technology presents.

Biotech to the rescue

Interestingly, blockchain is also of great interest to the life sciences vertical. Biotech companies are creating blockchains dedicated to monitoring and recording supply chain activities in relation to manufacturing and excipient providers. Alpha JWC Ventures is leading the charge in this regard, pouring millions into companies specifically working on innovative applications of blockchain in this space.

Over the course of just a week this past February, healthcare and biotech startups raised as much as USD 1 billion in capital. Much of the money is being funneled in by VCs to help these companies get to the human clinical trial phase – a key inflection point for biopharmaceuticals and therapeutics. Europe, however, seems to be at the center of biotech-VC tie-ups. The Paris-based Edmond de Rothschild (EdRip) recently closed a EUR 345 million fund – the BioDiscovery 5 – geared towards investing in preclinical and early clinical stage companies over a four to five-year period.

Although biotech firms are destined to get the larger share of EdRip’s funds, a third of it has been earmarked by the VC firm for healthtech and medtech companies. The company backs Autonomic Technologies, a San Francisco-based medical device manufacturer, that has recently been helping the French government and Pulsante underwrite the cost of clinical studies aimed at testing new cluster headache therapies.

While VCs continue to invest in these five key areas, they will also look to diversify into two emerging technologies, namely drones and computer vision systems. As their commercial application potential increases in the coming years, we are likely to see companies offer drones for last mile delivery and image-based quality inspection systems –with VCs helping them get to the market.

For custom investment research and insights, write to us at info@netscribes.com.

Three noteworthy trends and innovations in the fintech industry

Social media giants made to reveal scale of cyber bullying

The Pitfalls of Growing a Monster Pumpkin