Millions of visitors to the site may have been exposed to the Kotver malware, which generates revenue by clicking on ads in the background, with users left oblivious.

Know as a ‘malvertising’ attack, it could have easily delivered more malicious ransomware or information gathering software instead.

Kovter is a Trojan horse that is used to perform click-fraud operations on the computers it infects.

This is in order to generate revenue for its creators.

The threat is also memory resident, which means the original file it infected can be deleted and it can still reinfect a system, once run.

It uses a device’s registry, a database that stores low-level settings, as a persistence mechanism to ensure it is loaded into memory each time the infected computer starts up.

Countries most heavily hit over the more than year-long campaign include the US, UK, Canada, and Australia.

Users install what they believe is an update to popular browser related software like Chrome, Firefox and Adobe’s Flash player.

Instead, their systems are infected by the virus.

Kevin Epstein, vice president of threat operations at Proofpoint: ‘This campaign uses clever social engineering to trick users into installing fake updates that appear as soon as they visited a page containing a malicious ad.

‘Once users clicked on what they thought was an update file, they may not have even noticed a change in their systems as the malware opened an invisible web browser process, clicked on ads, and generated potential revenue for cybercriminals.

‘We encourage consumers to run anti-malware security solutions to ensure systems are clear and organisations to update web gateways to detect related traffic.’

Users install what they believe is an update to popular browser related software like Chrome, Firefox and Adobe’s Flash player. Instead, their systems are infected by the Kovter virus

Experts from Wandera, a London-based mobile phone consultancy, looked at the websites that are most likely to contain malware, and found that the adult apps were also the most likely to have malicious bugs.

They examined content viewed on 10,000 mobile devices across the US and UK. 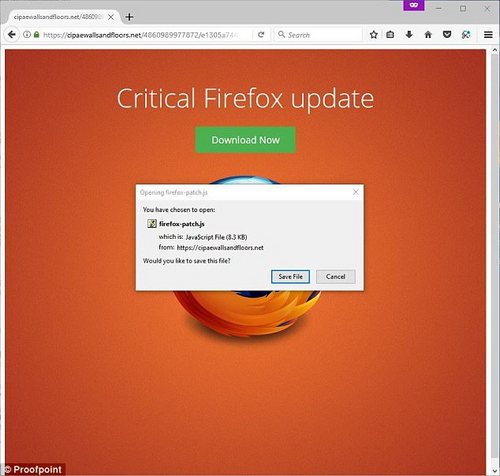 The Kovter virus is memory resident, which means the original file it infected (pictured) can be deleted and it can still reinfect a system once it has been run

They discovered that 34 out of every 10,000 devices are accessing inappropriate content on a daily basis.

In terms of time of day, inappropriate usage was found to increase from 8pm, peaking at around 2-3am, and remaining low throughout the working day.

Gambling, cam, adult and ad networks were found to be by far the biggest risks for mobile users.

Even using this checklist can’t guarantee stopping every attack or preventing every breach. But following these steps will make it significantly harder for hackers to succeed.

When it’s set up, th
e system asks for a login and password just like usual – but then sends a unique numeric code to another device, using text message, email or a specialized app.

Without access to that other device, the login is refused. That makes it much harder to hack into someone’s account – but users have to enable it themselves.

Everyone should subscribe to a VPN service, some of which are free, and use it whenever connecting a device to a public or unknown Wi-Fi network.

3) Tighten up your password security. This is easier than it sounds, and the danger is real: Hackers often steal a login and password from one site and try to use it on others.

To make it simple to generate – and remember – long, strong and unique passwords, subscribe to a reputable password manager that suggests strong passwords and stores them in an encrypted file on your own computer.

4) Monitor your devices’ behind-the-scenes activities. Many computer programs and mobile apps keep running even when they are not actively in use.

Most computers, phones and tablets have a built-in activity monitor that lets users see the device’s memory use and network traffic in real time.

You can see which apps are sending and receiving internet data, for example. If you see something happening that shouldn’t be, the activity monitor will also let you close the offending program completely.

5) Never open hyperlinks or attachments in any emails that are suspicious.

Even when they appear to come from a friend or coworker, use extreme caution – their email address might have been compromised by someone trying to attack you.

When in doubt, call the person or company directly to check first – and do so using an official number, never the phone number listed in the email.

Was the Extreme 2017 Hurricane Season Driven by Climate Change?