With the IPL play-offs fast approaching, all the teams are scrambling for points at this stage of the tournaments and points are exactly what the current IPL holders MI are looking for. So far this IPL campaign has been nothing short of a disaster for the star-studded MI line-up. Till date, they have managed to score just two wins out of eight games played and find themselves right at the bottom of the points table. Today, they are up against the formidable KXIP side who are buoyed by the splendid batting form of Chris Gayle and ‘mystery spinner’ Mujeeb Ur Rahman. Another factor that will supposedly go in favour of the KXIP is the fact that they are returning to action after a week’s break and all the players have had the time to rejuvenate themselves after a dismal display against SRH.

On current form, MI is no match for the KXIP side but social media enthusiasts and fans are finding it quite difficult to pick a winner between the two. This is mostly down to the “bouncing back” ability that MI had showcased in the past seasons from such situations. From experts to fans, everyone is upbeat regarding MI’s chances of pulling off a victory today and even qualifying for the play-offs. Social media metrics like visibility, favourability and the affinity indexes seem to favour MI in today’s match and most social media conversations surround their chances against KXIP today.

Some of the popular conversations are

What do the social media results suggest? 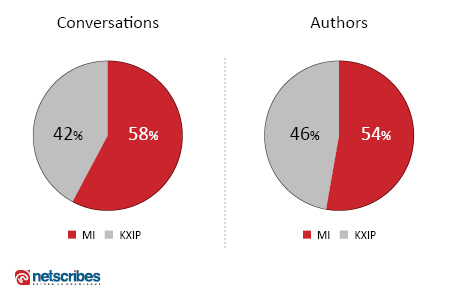 As per social media results, MI is going to edge out KXIP in this encounter. As per the visibility index, MI fans have been far more vocal about their team’s chances on social media compared to the KXIP fans, despite the latter being in a far better position on the league table compared to MI.

Also, the trust index shows that MI is miles ahead of KXIP and this can mainly be down to fact that MI has won the IPL more than any other team and that fans still believe that MI can still turn their season around. However, the affinity index is in favour of the KXIP side as they outperform MI considerably. The presence of global stars like Chris Gayle and Aaron Finch as well as the association of Preity Zinta with the side might have worked in favour of KXIP.

What do the fans say?

MI fans have literally taken over both Facebook and Twitter and sound extremely confident about their team’s chances of winning today’s contest. Most of their conversation surround Rohit Sharma and whether we will see the best of him today against KXIP. Many fans predict Rohit Sharma to be the man to watch out for in today’s match and expects him to score the maximum runs. 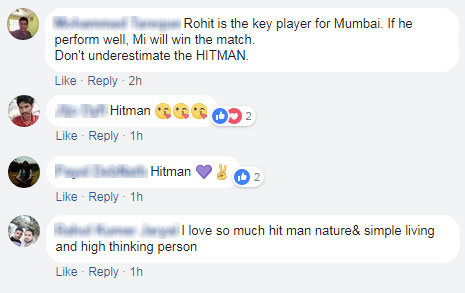 How will the match turn out?

Holkar Cricket Stadium, Indore is set to host to host this crucial match between KXIP and MI and memories of chasing down 199 runs last season on the same venue must still be afresh among MI fans. So MI has an upper hand when playing against KXIP on this ground and MI fans will be hoping to sustain their superiority against the opposition.

Though popular sports betting websites are finding it difficult to pick a winner between KXIP and MI, but the social media enthusiasts have predicted a MI win mainly because

Published in partnership with Talkwalker.

Newborns exposed to BPA more likely to have gut issues