The white rocket blasted off at 5:37 am (1237 GMT), before sunrise, from Vandenberg Air Force base in California.

About seven minutes after launch, the tall portion of the Falcon 9, known as the first stage, returned to Earth for an upright landing.

This part of the vehicle fired its rocket engines and made a controlled landing on a floating platform in the Pacific Ocean.

Grainy video showed the rocket standing upright in the predawn darkness on the droneship, named ‘Just Read the Instructions.’

The landing was a success for SpaceX’s ongoing effort to re-use expensive rocket parts instead of jettisoning them into the ocean after launch.

About an hour later, SpaceX confirmed that all the satellites were successfully deployed. 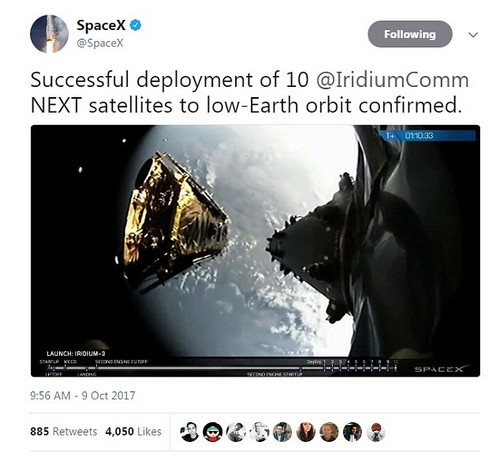 SpaceX launched its Falcon 9 rocket on Monday carrying 10 satellites to bolster the global data communications network for Virginia-based company, Iridium. The white rocket blasted off at 5:37 am (1237 GMT) 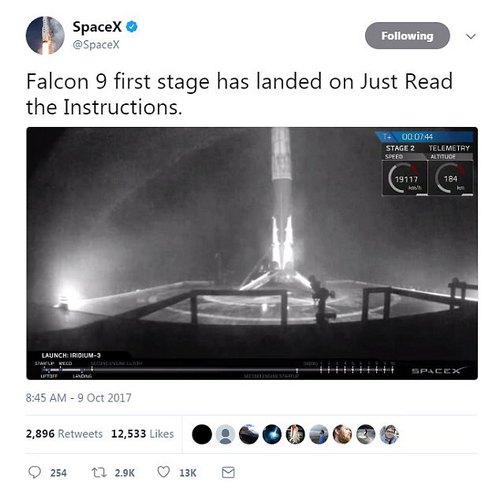 About seven minutes after launch, the tall portion of the Falcon 9, known as the first stage, returned to Earth for an upright landing

In total SpaceX, which is headed by billionaire entrepreneur Elon Musk, is launching a series of 75 satellites for Iridium’s satellite constellation, Iridium NEXT by 2018.

Monday’s launch was the third of eight planned for Iridium, as part of a $3 billion project to upgrade the company’s global communications network.

SpaceX’s latest flight comes after a string of successful launches this summer.

The supercomputer is hoped to help direct astronauts on future deep-space missions.

The Dragon was  packed with 6,400lbs (2,900 kg) of supplies, including a sophisticated supercomputer made by Hewlett Packard Enterprise (HPE), called The Spaceborne Computer.

The goal is to test the Spaceborne Computer for one year to see if it can operate in the harsh conditions of space. 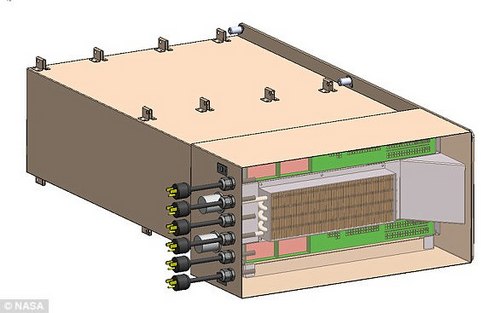 The goal of the mission is to test the Spaceborne Computer (rendering pictured) for one year to see if it can operate in the harsh conditions of space, about the same amount of time as it would take for astronauts to arrive at Mars

This is about the same amount of time as it would take for astronauts to arrive at Mars.

As astronauts travel millions of miles away, communications will become increasingly delayed.

Messages from Mars to Earth would be delayed from between four minutes to 24 minutes one-way, depending on the distance between the planets, according to the European Space Agency.

Supercomputers will be key to directing deep-space missions as astronauts become less reliant on instructions from ground control.

The unmanned Falcon rocket blasted off from Florida’s Kennedy Space Center, as schools and businesses boarded up for Hurricane Irma.< /p>It was the fifth flight for one of these crewless minishuttles, known as the X-37B Orbital Test Vehicle, and marks the first time Elon Musk’s aerospace firm has provided liftoff for the experimental craft.

And, in August, a SpaceX capsule rocketed to the International Space Station on Monday, carrying a supercomputer, tons of science research, plus ice cream.

As has become customary on these cargo flights, SpaceX landed its leftover booster back at Cape Canaveral shortly after liftoff, a key to its long-term effort to recycle rockets and reduce costs.