When choosing a name for a newborn, parents are often guided by fashion or a desire to stand out without thinking about the fact that the name accompanies a person all his life, having a definite impact on him. 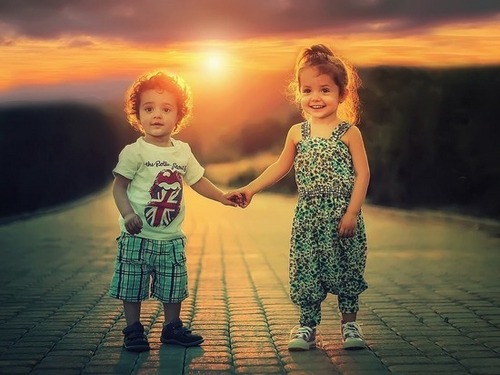 Having shown the statistics of the registry office to the leading specialist in onomastics (a section of linguistics, studying proper names) Boris Higir, we learned which names should be given with great care, and why.

Help “MK”:  “According to statistics, most often in 2018-19 years, girls called Sofia (by the way, this name has been the leader for the last 10 years). The second place in the number of registrations is Maria, the third is Daria.

Alexander, Mikhail, Maxim, Daniel, Ivan, Dmitry, Kirill, Mark and Matvey have been among the most popular male names in Russia for several years now.

Opening 2019: the female name Zinaida, very popular in Russia in the 19th-20th centuries, returned to fashion. Both Orthodox, Catholics, and Muslims are called by this name (there is even a diminutive form in the Orthodox calendar – Zina). The Greeks consider the name Zinaida as their own, believing that it was formed on behalf of Zenais (“from the Zeus family, Zeus family”, “belonging to Zeus” – Greek). From Latin the name Zinaida is translated as “caring”, and from Arabic as “beautiful”. Zina’s daughter, a Muslim family believes in endowing her with special beauty. ”

– Parents want the name to sound beautiful. But a name is not just a set of sounds, says Boris Higir, who has been studying the influence of a name on a person’s character and fate for more than 30 years. – The name carries specific information, some names can be dangerous for a person.

Fear, according to the expert, should be the following names.

Associated with a difficult fate

With names that cause clear associations, you should be careful. When giving a child the name of a famous person, biblical or literary character, one should be guided not only by sonorousness, but remember that the name tends to give its carriers certain qualities. Choosing a name, one should know its meaning and refresh in memory the fate of the one with whom it is clearly associated. If a person or a hero in whose honor you call your son has a different fate, think about it – do you want something like your child?

According to the registry office, in 2018–19, young Russian parents often chose biblical names for their newborns, such as Eva, Leah, Dina, Seraphim, Sarah, Isaiah, and Joachim. Names mentioned in the Bible signal the special purpose of the newborn. Giving the child a biblical name, parents, as it were, call upon God to give the child patronage and protection.

In Islam, for example, all 99 epithets glorifying the Almighty serve as proper names. The biblical names reflect such virtues as love, meekness, and patience: Galina (“quiet”), Irina (“peacemaker”), Isaiah (“God save you”), Joachim (“spell”), Anna (“grace” ) Mary (“exalted”, “exalted”). It is believed that the biblical name has a beneficial effect on the person who carries it, if he is a believer, then he receives the very “God’s patronage”, about which, calling him that, his parents asked. And to grow up devout in a child with a biblical name is more likely in a family of believers.

Historical and with history

Today, old names like Agnia, Evdokia, Ustinia, Matryona, Nicanor, Leonty, Polycarp, Svyatopolk, Dara, Domislav, Severyan and Eustaphy are in favor. According to experts, the historical name is good, and the name with history is bad. That is, it should not be burdened by the private history of a particular person.

In many families, children are called children of the ancestors of the male and female lines. The names of the ancestors with a difficult fate of the child is better not to give – it can be transmitted along with the name. And in general, it’s not worthwhile to name a kid in honor of a specific relative, no matter how wonderful it is – an “alien” name can aggravate your offspring with references to the past and prevent it from building its own destiny.

Sometimes parents dig up from history textbooks such ancient names that their children will definitely be teased at school. Among the most unsuccessful options for the last year are Yapila, Sveni, Sosipatra, Khavroniya, Gorgonia. Most likely, most of them will run to change the name as soon as possible.

Be careful when giving girls names originating from men – such as Alexandra, Anatoly, Evgenia, Valentina, Valeria, Kira, Bogdan, Pavel, Daria (from the male Darius). These names are beautiful, but “courageous” – with high probability they will endow their mistress with masculine character traits, and even fate that requires masculinity.

Often, girls with male names from childhood prefer boys, and when they become girls, they reveal a lack of femininity, which can affect their personal lives. After giving your daughter a male name, get ready to raise her in a special love and tenderness so that the feminine in it will win.