On May 17, the deadline for submitting amendments to the bill prohibiting microfinance organizations (MFIs) to issue loans to citizens on the security of housing expired. Another fundamental norm of the document: the tightening of requirements for the conduct of the microcredit business: companies will increase the capital ratio by 500 times. According to experts, this will force one-third to one-half of such financial institutions to leave the market. The question remains: where do citizens then apply for short-term borrowings? 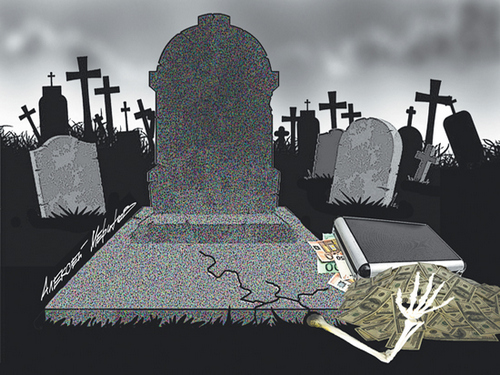 The initiative to create a law came from the speaker of the Federation Council, Valentina Matvienko. “People simply remain homeless, single housing, and there are children, families. You just need to ban it, ”she said in early April. The legislators have drawn up the idea into a document very quickly: the first reading took place already on April 18.

In addition to the very marginal variant of the denouement of relations with the MFIs (to remain without a roof over your head), there is also a more “ordinary”, but more mass scenario: the inability of borrowers to pay for very expensive loans. So, according to the National Rating Agency (NRA), the growth of microloans following last year was almost 40%, and the dynamics of overdue on them – about 35%. With what speed people took loans, with this they got into bondage.

The high cost of loans to MFIs began to actively regulate the Bank of Russia: from the end of January this year, the maximum rate is limited to 1.5% per day, from July 1 it will be reduced to 1% per day. In annual terms, this is 547.5% and 365%, respectively.

Theoretically, such loans are not designed to take them for a year. According to the original plan, this is really a magic wand in case of emergency – to take a day or two, a maximum of a week. But, as we can see, one third of borrowers of MFIs cannot borrow in such a safe mode.

It is characteristic that the MFIs themselves, seeing the notorious insolvency of the borrower, still give him money. The financier’s consistency is explained by the fact that their business still remains super profitable: discipline borrowers override the damage from defaulters.

According to the authors of the draft law, it is intended to wean microfinance players from handing out loans to the right and left to tighten the capital requirements of organizations. If you can now organize such a business, having 10 thousand rubles in your pocket, then with the adoption of the law, the entry qualification to the market will increase to 5 million rubles. According to the head of the Duma Financial Market Committee, Anatoly Aksakov, “MFIs will begin to evaluate the borrower more carefully”.

The planned tightening of the screws, according to Aksakov, will force from a third to half of MFIs to leave the market. Last year, under the influence of cleansing from the Central Bank, the market has left quite a lot of players. However, the demand for microloans only grew at a rate twice the demand for bank loans.

Experts explain the hurricane interest in these loans by the decrease in the level of real incomes of the population. In MFIs, it is much easier to get money than in a bank: you don’t need to confirm income, you just need to show your passport. Clients of MFIs are usually not able to go through banking “face control”. And the withdrawal of microfinance from the market will not solve the problem of their chronic need to “intercept” before the payday.

“For a significant number of potential borrowers, the possibility of promptly raising funds to meet their vital needs will be cut off: first of all, for the target group with incomes of up to 30–35 thousand rubles, this opportunity will drop dramatically,” predicts Karina Artemyeva, senior director of NRA financial institutions. “As a result, they may face the risk of completely withdrawing from the regulatory field.”

Vegetables are enraged: a May picnic will cost Russians a pretty penny