Forbes presented the rating of Russian companies paying top managers their highest premiums. In total, this list includes 25 large domestic holdings from various industries. Experts are outraged that most of the ranking leaders are government agencies that could be more modest in terms of encouraging their leadership. 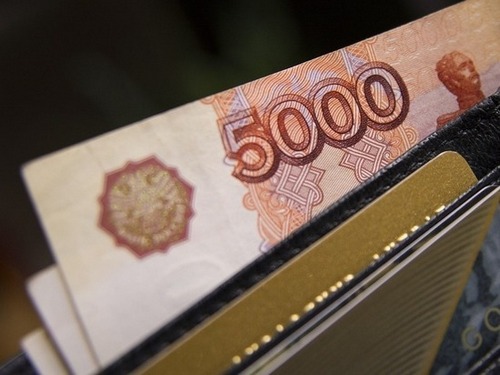 In total, the 25 participants in the Forbes rating paid almost 55 billion rubles to their management. The most generous – raw material and financial giants. They occupy the lion’s share in the ranking. Far less often there are transport, chemical and machine-building corporations. Representatives of other industries – only a few.

First place went to the mining holding “Norilsk Nickel”, 23 high-ranking employees of which received more than 6 billion rubles. In general, the six largest Russian oil and gas companies, which allocated 17.3 billion rubles for these purposes, turned out to be the most generous for bonuses. They are followed by three banks, in which the bonus ones exceeded 9.5 billion, and three metallurgical corporations that paid the same amount to top managers.

“State-owned companies often cite two indicators that determine the distribution of bonuses to senior management: this is the total amount of bonuses and the number of employees to whom it is distributed. The remaining details of the assessment methodology “to whom and why exactly so much is owed” remain unclear – it is not clear how much the manager receives, and how many his deputies receive.

Private companies are more careful in paying bonuses: they are eager to talk about how their achievements are assessed: reducing operational costs, concluding lucrative contracts, improving work efficiency, and also about who managed to achieve such results.

In the West, full information about bonus payments is also not always disclosed, but it is usually not difficult to find out the size of management bonuses. One of the effective analogues of cash equivalent premiums can be options to buy out shares of a company. In this case, managers, including those in state corporations, will be vitally interested in increasing the value of their holding. They will be motivated and financially interested in increasing the profits of their company. This practice is widespread in the western market. In Russia, they prefer to pay themselves big bonuses first, and then think about business development. ”

“Against the background of modern geopolitical reality, the assertion that if a company works well, grows and makes a profit, then, therefore, it shows an increase in value, is only a theory. But we are under pressure from sanctions and it is now impossible to predict the growth of capitalization. We see a rise in the value of the shares of Gazprom and other mining companies, but they are still more expensive – not known due to political risks.

You always want to eat, the common people suck their paw, and the top management of large “blue chips”, as a rule, the shareholders, in this situation will not offend themselves. The question to the state is whether its high-ranking employees should be more modest. In terms of managing public or private companies, private corporations are no different from public ones. Everywhere there is capitalization and everyone is interested in profits. In state companies, dividends from shares that are at the disposal of the state go to the budget.

When in 2014 the authorities were faced with a fall in oil prices and sanctions, we were all treated with a bitter medicine called devaluation. Real incomes of ordinary people fell by 11% according to official statistics and have not recovered for five years. But the income of the population does not bother anyone. It is necessary to adapt to the bourgeois life in which we live, and to buy shares of large state corporations. If there is no money to buy them, then you will have to reconcile once again. ”

Experts recalled the rules of May picnics in the forest