The Ministry of Labor has proposed to calculate the subsistence minimum for the pensioner in the regions in a different way. Based on this indicator, the size of the social supplement to low-income pensioners is calculated. The government tackled the problem of equitable accrual of additional payments after it was voiced by Vladimir Putin in his February “Address to the Federal Assembly”. 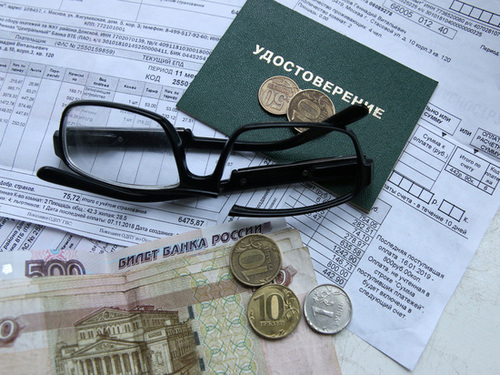 Now each region has its own size of the PMP, and the Ministry of Labor proposes to make the calculation of the indicator uniform for all the subjects of the Russian Federation. Innovation promises low-income pensioners an increase in income, but because of this, spending in local budgets may increase, which threatens to cut funding for other social obligations of the regions.

“Someone is thick, someone is empty,” the president noted, speaking of the need to deal with the methodology for calculating the cost of living. In most regions of the Russian Federation it is lower than the all-Russian – 8,846 rubles. For example, in the Volga region there is no region where the PMP would be higher or equal to the federal indicator. There are regions where the value does not reach eight thousand: the lowest subsistence minimum in the Tambov region is 7.8 thousand rubles.

According to the Minister of Labor Maxim Topilin, some regions artificially underestimate the PMP, and that’s why. The fact is that, according to Russian law, a pensioner cannot receive a payment below the subsistence minimum (for that it exists to ensure the well-being necessary for life). However, for some older people, the assigned pension does not reach the level of the first-aid station for various reasons. In this case, they are assigned a surplus of the missing amount. Actually, all the fuss is due to the fact that in the regions with PMP below the all-Russian this premium is charged from the federal budget, and regions with a high minimum subsistence level pay residents from their own budgets. Among the latter are the northern regions, Primorye and the capital regions, and the highest PMP in Chukotka is 19 thousand rubles.

Such a gap in the subsistence minimum was due to the fact that each region appoints it independently. The basis is the cost of the grocery basket, and the authorities of the regions are justified by the fact that it has fallen in price recently. The Ministry of Labor proposed to make the calculation method uniform. However, this does not mean that in all regions the value will be the same, the bill only unifies the order of calculation.

Now the formula will be as follows: the ratio of the actual regional and federal PMP indicator for the first half of this year is multiplied by the forecast of the federal subsistence minimum (made by the Ministry of Economic Development) of the pensioner for the next year. In essence, the PMP will now be a synthesis of regional and federal indicators. “Adoption of a single order will ensure an adequate level of social support for low-income pensioners,” the document’s explanatory note says. If the bill is approved, the new rules will come into force in 2020.

Low-income pensioners in Russia, there are about 5 million people. They started talking about their aspirations when Putin drew attention to the fact that for them the indexation of pensions in 2019 was unfair. Payments to all pensioners should have increased by 7.05%, however, some poor people did not get their money: they were only indexed by pensions without social benefits, respectively, many did not feel the increase. After the president’s remarks, the misunderstanding was eliminated: now pensions are first brought to the subsistence minimum, and then increased by the amount of indexations carried out.

The size of the subsistence minimum is important for people (the higher it is, the better the poor live) and for the regions (it depends on how much money from the local budget will go to surcharges). The proposal of the department appreciated the ex-deputy minister of labor Pavel Kudyukin. “It follows from the new formula that the cost of living will be considered as if it were ahead, taking into account the deflator (projected price increase). Such an advanced living wage will be somewhat higher than now.

For pensioners, this means an increase in income, but for regional budgets this will mean an increase in workload. It means that the local authorities will face a dilemma: what programs to take from to give to retirees. Local budgets finance construction and repair of regional roads, education, except for higher education, partly medicine, and some investment programs. There is a possibility that these expenses will be cut down or will require subsidies from the federal treasury, ”our interlocutor warns.

Experts recalled the rules of May picnics in the forest

The ruble is waiting for oil disasters: OPEC + countries have argued about the fate of the market