The Central Bank and the Deposit Insurance Agency have prepared a bill to increase compensation for depositors of collapsed banks from the current 1.4 million rubles to 10 million rubles, but only “in special life situations”. 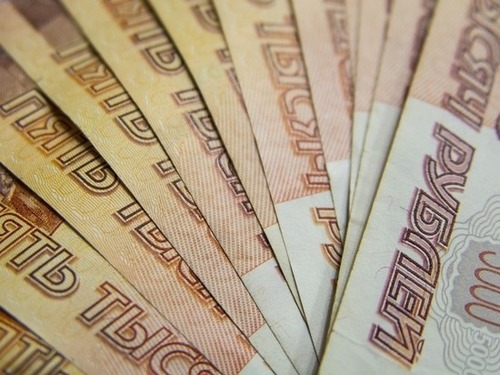 Those who have deposited money inherited from the sale of residential real estate will be able to count on higher payments. Special circumstances will also be considered the storage on the accounts of social payments, benefits, maternity capital. Thus, financial authorities will insure large deposits, however, only for certain categories of clients. “MK” found out what pitfalls lurk in this, at first glance, a positive innovation.

The idea to raise the compensation threshold to 10 million rubles “in special cases” was voiced last year by the head of the Central Bank Elvira Nabiullina. She then stated that the objective inability of the investor to “manage risks” could be the reason for the increased insurance payment. Similar cases can be imagined.

For example, a person received an unexpected inheritance, so as not to keep a big sum “under the pillow” without thinking twice, he put the money in the nearest bank at an attractive interest rate, the bank went bankrupt, the money burned. Another question is whether there are many such “lucky ones”. As for real estate transactions, they are now additionally protected. Insurance compensation of up to 10 million rubles is paid on ex-accounts opened for settlements on the purchase and sale of residential premises. However, after the closing of the transaction, the funds are insured on a general basis, that is, the investor receives no more than 1.4 million rubles.

“Large sums from the sale of real estate are mainly kept by the largest banks, which are hardly threatened with bankruptcy. Considering that on average, the DIA spends about 208 thousand rubles to compensate depositors, there should not be too many “special” insurance claims. We believe that in the next 10 years, the agency will spend no more than 100-200 billion rubles on payments on them, ”Svetlana Kordo, investment strategist at BCS Premier, said in an interview with MK.

One added that the increase in the amount of compensation, at least in “special cases”, has long been suggested, but the innovation is being introduced only now, when a large number of troubled banks have already lost. It should be noted, the last time the state increased the amount of insurance on deposits (2 times, from 700 thousand rubles) at the end of 2014 after a sharp devaluation of the ruble and a massive customer panic.

Meanwhile, the proposal of the DIA and the Central Bank for the insurance of “special cases” has one more thing: before the insured event, the funds in the account should be no longer than 3 months. Those who keep money on deposits in different banks will not receive increased compensation. “It’s really about exceptional situations that ordinary citizens can fall into,” Svetlana Kordo replies when asked if the proposed measure would protect the interests of “major” contributors to the detriment of everything else. The analyst does not share the fear that there will be more “special” contributions on the documents than they really are.

“Investors will need to document the origin of funds. Now we have a common practice of lowering the value of transactions in the sale of real estate, and increased deposit insurance can be an additional incentive to indicate a reliable amount in the contract of sale, ”says our interlocutor.

However, the regulator and the DIA should think about the problem of fraud with the confirmation of “special cases”. Judging by the experience of past mass sweeps of the banking sector, bankrupt banks have nothing to lose: in collusion with customers, they overestimated the amount in the accounts so that depositors receive larger insurance payments.

Reimbursement to depositors of collapsed banks is paid at the expense of the Insurance Payments Fund. The fund is formed from contributions that banks deduct to it quarterly. It is reasonable to assume that the proposed compensation increase by the DIA and the Central Bank will require more funds for the FSS, which means an increase in contributions from banks. In this case, interest rates may rise and deposit rates decrease. “According to our estimates, this will not happen, but there are such concerns on the market,” warned BCS Premier.

Which articles of the family budget should stop saving