The largest egg producer in the Russian Federation, JSC Poultry Farm Sinyavinskaya named after the 60th anniversary of the USSR, is threatened with bankruptcy. This statement was filed by Kondopoga Grain Products Plant OJSC (KKHP), RBC  reports  with reference to the court materials. 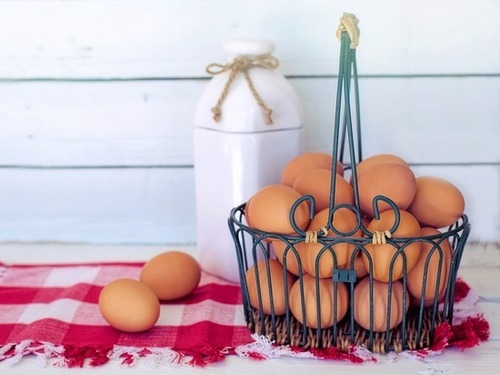 According to the newspaper, another application was submitted about the inconsistency of the Volkhovsky feed mill associated with the poultry plant. On behalf of the creditor, the notice was sent to the manager Alexey Bobrov on the basis of non-repayment of debt, restored by the decision of the Arbitration Court of December 27 last year. In particular, Bobrov confirmed that the intention of bankruptcy was filed as part of a court decision.

According to representatives of the Sinyavino poultry farm, the conflict remained from previous shareholders. From the point of view of the general director of the poultry farm and the Volkhovsky feed mill Arthur Kholodenko, the claims were “subject to bargaining.”

Located in the city of Kondopoga, the bakery plant was previously one of the largest producers of compound feed and flour for the north-western region. In May 2016, the court declared Kondopoga Grain Products Plant OJSC bankrupt and introduced bankruptcy proceedings.

It is reported that the debt from the Sinyavino poultry farm to KKHP arose after the court invalidated several contracts signed in 2014, under which the latter bought out its own shares from the Volkhovsky feed mill (in the amount of 39.6 million rubles) and from the Sinyavino poultry farm (at 26 million rubles), both were signed acts of offsetting mutual claims. In the framework of another contract (for the amount of 104 million rubles), KKHP transferred to the Volkhovsky feed mill bills of exchange for the corresponding amount.

In October 2016, one of KKHP’s creditors, OOO Jupiter, and the bankruptcy trustee submitted an application to the court demanding to invalidate the contracts for the purchase of KKHP’s shares from the Sinyavino poultry plant and the Volkhovsky feed mill. According to the court order, the shareholders in carrying out the relevant transactions abused their rights, and recovered the companies’ debts to the KKHP.

The Sinyavino Poultry Factory is the largest producer of eggs in the Russian Federation, its share in total production for 2018 was 4% (1.32 billion eggs), and the largest exporter supplying eggs to the states of the Middle East. In addition, shipments of dried egg powder have recently begun.

In 2015, KKHP wanted to achieve bankruptcy of the Sinyavino poultry farm – at that time it did not pay for the purchase of 235 hectares of land from the plant in the Leningrad Region.

Authorities will save on compensation for unbearable prison conditions

How do Russians live with a tiny salary: “Only buckwheat”