Already in the first quarter, inflation in Russia reached a three-year maximum of 5.3% compared with last year. However, if officials continue to blame external factors for rising prices – on-going and possible Western trade sanctions, then experts add to the list of “merits” of the Russian government – a weakening of the ruble and an increase in taxes. 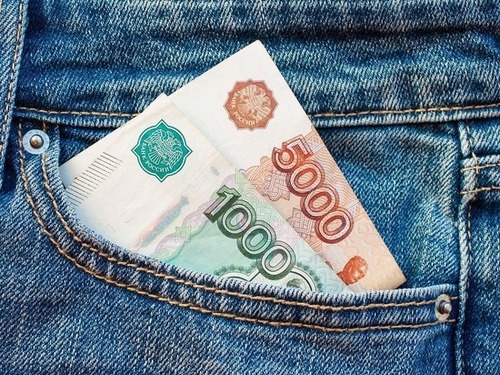 Compared to the beginning of last year, life in Russia for ordinary consumers has deteriorated. In the first months of 2018, inflation in our country dropped to 2.2%. This year, in March, according to Rosstat, annual inflation accelerated to 5.3%.

Officials warned about such a sharp increase in the cost of the consumer basket – the head of the Central Bank Elvira Nabiullina admitted that in the spring the annual inflation rate could reach 6%, while the target, from which state revenues and expenditures are calculated, is 4-4.2%. The risk of forecasts for rising prices was made under pressure from geopolitical factors: Washington threatens to limit the liquidity of Russian treasury bonds, freeze the accounts of state banks and disconnect our country from international payments in dollars with foreign partners.

Nevertheless, the internal reasons for the acceleration of price growth, provoked by the state, at the present time, may be the main negative reason affecting the promotion of the inflationary pendulum.

The Russian authorities have repeatedly warned about the abandonment of the “oil needle”, the increase in budgetary fees against the backdrop of rising energy prices and the transition to alternative tools to earn money. It is worth noting that such a scheme starts to operate among the officials. In the first quarter of 2019, the treasury earned 12.6% more than during the same period last year. So it becomes again evident that Russia is surviving more by selling hydrocarbons than by setting up its own production and trading scheme, which is fencing off our country from its export dependence on energy resources. In 2018, exports of goods from Russia increased by more than a quarter – up to $ 450 billion. Compared to 2017, in monetary terms, this is almost $ 93 billion. Imports from Russia also showed positive dynamics, only at a more modest rate – only 5%,

As Nabiullina assumed earlier, in II – III quarter, annual inflation will slow to 4%. To verify this result, you need to wait until the end of the term allotted by the head of the Central Bank. In this case, you should not ignore the results of the first quarter of 2018. The average exchange rate of the dollar to the ruble was then about 57 rubles, whereas now it comes to at least 66 rubles. The main factor contributing to the weakening of the ruble became Western sanctions imposed and expected. Washington from time to time with similar claims threatens Moscow, but the main ones – Russia’s disconnection from international settlement systems and the imposition of a rigid scheme on foreign exchange of our country’s foreign exchange operations with foreign partners – remain only on paper.

Meanwhile, in 2018, according to the Rosstat report, the real incomes of Russians fell by 0.2%. Despite the forecasts of the government, last year was the fifth when the population could not afford to save money for the future. Moreover, the state has a hand in the fall of the national currency – the dollar strengthens the operations of buying up dollars and euros in the free market by the Ministry of Finance.

According to the director of the Alpari IAC Alexander Razuvaev, the key to the surplus of the Russian budget is expensive oil and a cheap ruble. “With a surplus, there is no sense in raising taxes – money should be left with enterprises and citizens. There is an impressive shadow economy in our country, estimated at $ 300 billion. Colossal work to collect from this sector. It is necessary to bring the economy of Russia out of the shadows, and not to get into the wallet of business and workers. However, those in power prefer to act in proven ways and provide a treasury surplus at the expense of the population. Russia has more than $ 490 billion of financial reserves. When the bar of $ 500 billion is reached, it will be possible to reduce VAT and income tax. However, officials prefer to build visual plans without solving priorities,

How did the baby survive from the 13th floor?

Death of Dyatlov group: relatives of the dead are asked to resume the investigation