Evo Morales, with his shock of black hair and brightly embroidered jackets and ponchos, has ruled the landlocked Andean country for so long that for many, a Bolivia without Morales is almost inconceivable, analysts say.

Walk into any tourist shop in Bolivia and alongside postcards of colonial cathedrals and mist over the moonlit desert, you will see him.

Despite this, the 59-year-old former coca farmer, who has been in power since 2006, is facing unprecedented opposition as he gears up for a heated presidential election later this month.

Discontent over Morales’s audacious bid for a fourth consecutive term has spilled into the streets with protests, a government building being set alight and national strikes.

The controversy centres on Morales’s response to a 2016 referendum in which voters narrowly rejected changing the constitution to remove presidential term limits, effectively barring him from seeking a fourth term.

Undeterred, Morales went to the country’s highest court, claiming that preventing him from running would violate his human rights.

The court is widely considered to have become uncomfortably close to the government during Morales’s 13 years in office.

It not only overturned the referendum result, but scrapped term limits for every political office in the country in a decision that prompted disappointment and disbelief that has turned to anger as the election draws closer.

Morales easily secured his place as the candidate for the ruling Movement for Socialism (MAS) in Bolivia’s first-ever primaries in January, but, as opposition to his presidency spreads to his traditional base, analysts say victory for the left-wing ethnopopulist this month is by no means certain.

A man of the people

Despite the growing discontent over his reelection bid, Morales enjoys considerable support in Bolivia.

He is credited with bringing political and economic stability to the country, which had five presidents in as many years before he came to power in 2006.

“The country was viewed as being incredibly unstable, if not somewhat ungovernable,” said Max Klaver, a senior analyst at Foreign Brief, a geopolitical risk assessment website. “This was really a huge issue and people were somewhat losing faith”.

While Bolivia remains the poorest country in South America, during Morales’s tenure its economy has grown at a steady average of 4.6 percent annually – more than double the Latin American average – according to the World Bank.

Partial nationalisation of Bolivia’s oil and gas sectors, along with high commodity rates contributed to the growth, while investment in social programmes and infrastructure helped boost Morales’s popularity, propelling him into second term with a landslide win in 2009.

“For a lot of people, the reason he remains popular is because he represents an era of flourishing times for Bolivia, or at least an improvement from the past, and they worry that, should he leave office, things would devolve again,” Klaver said. 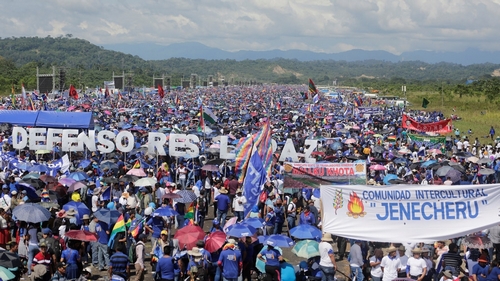 Added to this, the significance of Morales’s status as the first indigenous president in a majority-indigenous country cannot be overstated.

Under his stewardship, access to water, electricity and education has improved for indigenous groups and enfranchisement has expanded considerably among those communities.

In 2009, the government also introduced a new constitution, declaring Bolivia a “plurinational” state, thus ending centuries of codified discrimination against its indigenous groups.

It was this constitution that also limited presidents to serving a maximum of two terms, though Morales argued at the time that he should be exempt as his first term predated the constitution.

“Part of his appeal has been that he’s been viewed as a president of and for the people and his shirking of the rules that he himself implemented has really left a sour taste in a lot of people’s mouths. They feel that he is trying to circumvent democracy,” Klaver told Al Jazeera.

“On one hand, Morales has extended democracy to a lot of people, but he’s also centralised power under the executive branch and subordinated the judicial and legislative branches,” he told Al Jazeera.

Human Rights Watch has reported that almost 100 judges have been dismissed since 2017, many of whom without explanation.

In 2018, Morales rejected judicial independence, branding it a “doctrine of North America” and of “capitalism”.

China’s Huge Investments in Science Are Starting to Pay Off

A threat to democracy?

But this centralisation of power combined with Morales’s decision to reject the referendum result and run again has damaged his reputation as a defender of democracy, journalist and political analyst Raul Penaranda said.

“Morales has said that he believes in democracy, he believes in voting, but he cannot say that any longer. The only thing he is interested in is staying in power, making his power last forever and this is what he has shown the public,” Penaranda told Al Jazeera.

Morales had said many times, including to Al Jazeera, that he would not seek a fourth term, but now stresses the need to continue the good work of his administrations.

“When one loses, one has to go, but the government has shown its talent for authoritarianism by rejecting the result and that its objective is power for power’s sake, not power as a means to improve things,” Penaranda said. 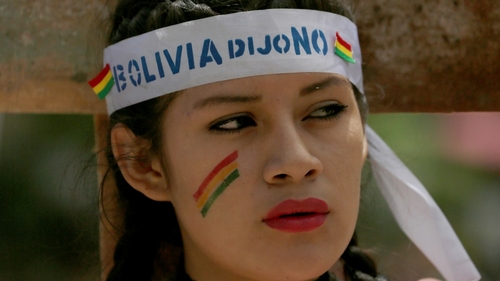 ‘Bolivia said no’ has become a rallying cry for those protesting Morales’s bid for a fourth term File: David Mercado/Reuters

Morales’s apparent disregard for the democratic process is not the only cause for concern among voters contemplating five more years of Evo.

Allegations of corruption, including links to the region-wide Odebrecht bribery scandal and an investigation into his now-jailed-ex-girlfriend, have plagued Morales for years.

His administration has frequently criticised the country’s privately-owned media as a “cartel of liars”, while the president himself referred to journalists as “media terrorists” and stated as far back as 2009 that the press was his “number one enemy”.

In August last year, Morales caused alarm by floating the idea of introducing a “law against lies”, which could see media organisations and individuals fined for spreading “incorrect” information.

President of the Inter American Press Association (SIP) Gustavo Mohme said the proposal was an attempt by the government to control independent media.

“When a president is annoyed by accusations of corruption and contrary opinions, they usually promote the approval of this type of thing with the intention of silencing and censuring criticism,” Mohme said in a statement shortly after Morales suggested the idea.

Environmentalists and other activists have also been angered in recent months by Morales’s sluggish response to wildfires that raged in Bolivia’s Amazon.

Many blame the president for the devastation, pointing to his support of a 2016 law that offered incentives to burn areas of forest to make way for pastureland.

While Morales’s bombastic personality has dominated Bolivian politics for years, the constitutional crisis has breathed new life into the country’s traditionally disjointed opposition.

“The Bolivian opposition is finally, after many years, beginning to clarify its ideas and better organise itself,” Penaranda said.

“Because of the situation, the opposition has fought. They have defended democracy and they have continually insisted that Evo Morales cannot run for a fourth term,” he told Al Jazeera.

Protests are expected to continue in the run-up to October’s election, but it remains unclear whether the opposition will be strong enough to topple Morales.

His main challenger, former President Carlos Mesa, is seen by some as the very embodiment of the white political elite that Morales helped to usher out.

The latest opinion poll, compiled by the Universidad Mayor de San Andres and other academic and civil institutions, suggested that Morales could be edged out in a second round run-off. 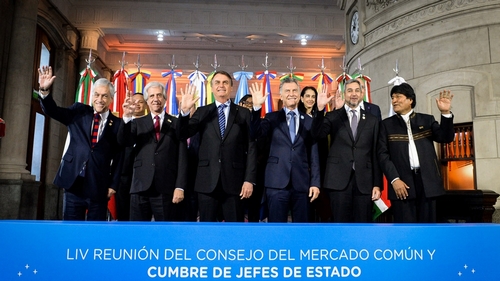 However, with the majority of his old allies either dead or out of power, and a host of regional neighbours returning to the right in recent elections, Morales now cuts an increasingly lonely figure in Latin American politics.

The left-wing leaders that remain are either diplomatically isolated – Venezuela, Nicaragua, Cuba – or considerably more centrist than Morales – Mexico, Uruguay – meaning that if he does secure a fourth term in October, he may be forced to forge new alliances.

Whether Morales’s legacy will be that of a great democratiser or a burgeoning authoritarian will largely depend on the results of this month’s vote, Klaver said.

Ex-FARC leaders’ return to arms brings back memories of bloodshed