In Novosibirsk championship high-speed Assembly puzzles – first day, the participants did a puzzle of the 300 and 500 items, today they were going to beat the record of colleagues from Spain. 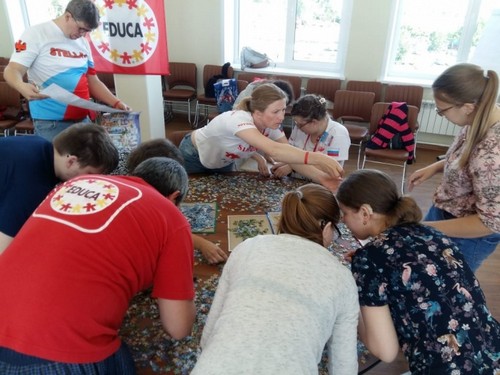 Championship high-speed Assembly puzzles for the first time in Novosibirsk

“It will be assembled the biggest jigsaw puzzle in the world. We want to break the record that was installed by the Spaniards, – told the correspondent of NGS organizer Dmitry Naumenko. – The puzzle consists of 42 parts. Size is 7.5×1.5 meters. The Spaniards collected 22 hours 150 people. About 80 people, we want to do it for 11 hours.”

The pattern is called “Around the world”. It shows sights from all over the world.

This year the participants want to break the record of the Spaniards and to collect the same puzzle that they are, only twice as fast

The championship of Russia on high-speed Assembly puzzles takes place in the village Kudryashov from 5 to 8 July. In addition to Novosibirsk with the participation of collectors puzzles from Moscow, St.-Petersburg, Tomsk, Barnaul, Yekaterinburg and other cities. 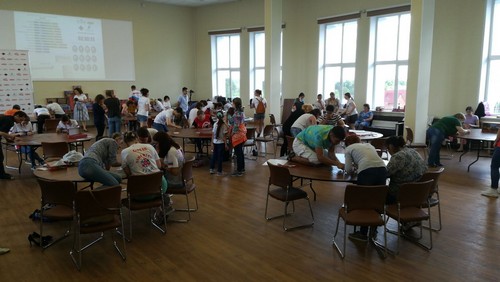 July 5, the participants did a puzzle of 500 items that were not sold in Russia

On the first day of the tournament took place the individual championship in the two groups. Experienced participants build the puzzle of 500 parts. Defeated party from Moscow, who collected the puzzle in less than 52 minutes. Those who first participated in the competition, collecting puzzle 300 parts. The winner collected his 33 minutes.

In the following days of the championship pairs event and competition teams. The winners will receive a trip to Belgium for the European championship on high-speed Assembly puzzles.

Last year fans of puzzles gathered in the Higher College of Informatics of Novosibirsk state University to compete in high-speed Assembly of the Rubik’s cube.

In the restaurant complex “Uritsky” was held championship among experienced bartenders Novosibirsk. The event was visited by the correspondent NGS. 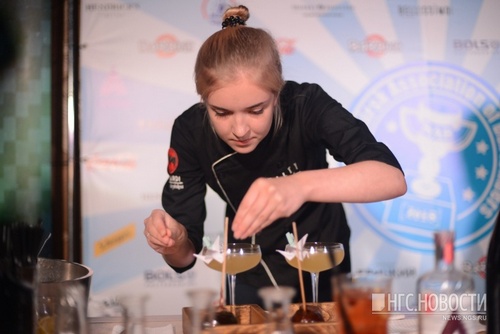 “This is our summer Cup. Today had 13 participants, but two fell ill and remained 11. All participants experienced guys. <…> But the next year will be the anniversary – the 15th season. And we will do the Cup winners ‘Cup: each Siberian city – Tomsk, Omsk, Kemerovo, Barnaul and others, will hold their contests, and the finale the winners will come to us”, – told the correspondent NGS President of Novosibirsk Association of bartenders (NAB) Maxim Shchegolev.

Each of the contestants in 7 minutes had to make cocktails of two types: obligatory drinks from event partners and copyright for the jury and for auction. The money left in the budget NEB.

Most expensive at auction was a cocktail bartender, “Uritsky” Alexander Ermolaev, made with gin, liqueur, lemon juice, syrup and Martini “Gran Lusso”. Signature beverage from Ermolaeva purchased for 1600 rubles.

“Now the world is only 150 thousand bottles of this is the Martini, this Martini. And Golden sand – it’s just food topping. But it is straight out of gold this done,” said Alexander Ermolaev.

The author of the “Golden” cocktail bartender “Uritsky” Alexander Ermolaev

Another bartender Denis Sevastyanov from the cocktail bar Nobel, surprised the audience of the original blue ice, which was made from Chinese blue tea.

The winner of the summer Cup bartenders Novosibirsk became the bartender of the bar Grelka Nikita Lobov.

The winner of the Cup of Novosibirsk bartenders Nikita Lobov

“The cocktail was called “Morning dew”. It turned out to be so refreshing. I think I only use in a cocktail soda and did everything strong cocktails. And he turned out to be so light – just for the summer”, explained the success of the representative of the bar Grelka. 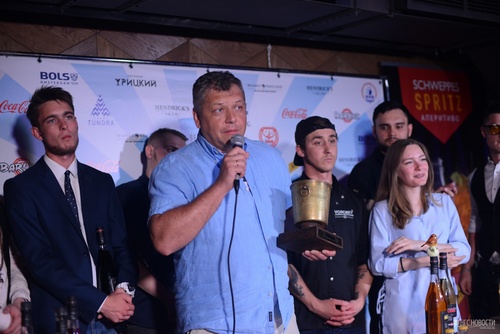 The festive part: the President of NAB Maxim Shchegolev announces the winner

In early may, the restaurant Mishkin & Mishkin was a competition of barmen of Siberia, which was won by the representative of the Tomsk “Ethnic bar”.