The German sporting goods company Adidas may consider itself the winner of its main competitor Nike in the upcoming world Cup prior to the first match, reports Reuters. 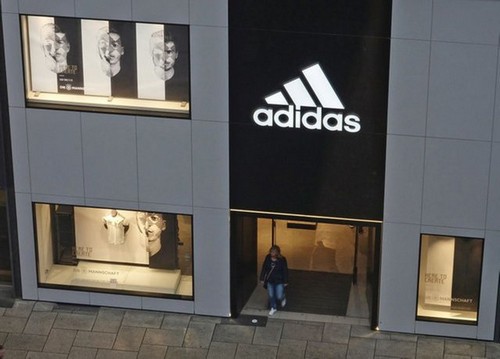 This statement is due to the fact that Adidas has signed a contract with a large number of teams compared to Nike.

However, the German sportswear brand, which is also the official sponsor of the tournament, will have only a limited financial effect, partly because the world Cup is being held this year in Russia, where the economy is in a crisis period, writes Reuters.

“The world Cup in Russia has a lower financial capacity than a similar event four years ago in Brazil,” said earlier this month, chief Executive officer of Adidas Kasper Rorsted.

“At the same time, we look forward to it. It will be a fantastic way to showcase our brand on a global scale,” added Rorsted.

Since the last tournament in 2014, Adidas quickly increased sales in other areas, in addition to football, using the increasing demand for its retro basketball sneakers and Jogging sneakers, trying to beat Nike in the American market.

However, football is still important for the image of the German brand, which since 1970 supplying footballs for the world Cup and has a contract to sponsor the event until 2030.

Last week the company also announced the expansion of its partnership with the League Champions until 2021.

The President of the “Avtodor” Rodionov: more bet on their

President of the basketball club “Avtodor” (Saratov), Vladimir Rodionov (today he is 71, – ed.) gave an interview to “Izvestia”. 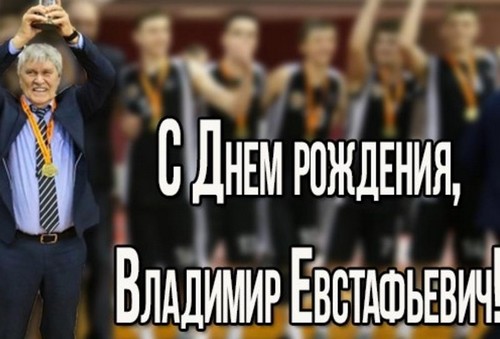 He, in particular, said:

“We finished sixth, followed by the top five clubs that have billions of dollars in budgets. The size of our budget, you know (about 170 million rubles – ed.), so I think that in the category of “price–quality” we have shown maximum. Maybe a little better to play against Zenit, but overall I’m happy.

The team plays as it prepared coach, I do not get involved in the training process. With the arrival of Evgeny Pashutin’s team began to play a much more stable, we have won several significant victories over the leaders, showed our brand of basketball. Therefore, the invitation Pashutin justified.
We have similar views on many things in modern basketball, besides familiar. So what about the extension of the contract agreed without any problems.

Coach a children’s team from the city of Pavlovo in the Nizhny Novgorod region brought Nikita Mikhailovsky to us to see. He was very skinny and rather small stature, did not even reach 190 see About him, no one heard even at the Bottom, but we saw the kid’s potential and left in their system. Lately he’s added, significantly older (201 cm). His potential is huge, try to help him realize it. If everything is in order with health, then in 2-3 years he will be able to go to the NBA. Look at his stats in the tournament albert Schweitzer (unofficial world championship national team U-18). There he was recognized as the best small forward, got into the symbolic five.
Next season in addition to the Mikhailovsky on the playing time – with the right level of commitment – you can count Savely Makarov (19 years old) and Anton Cvetkovski (17). Another 2-3 players coming in, they will train with the team.

The game Klimenko I’m not ready to comment. Over the years, in the “Avtodor” it felt like a son, so I’m biased.

Coty Clarke we didn’t want to keep. He is a good player but doesn’t fit the style of my team. His agents are properly worked and already found him a new club where he will be able even brighter to show their individual qualities and will earn 2 times more.
Of the foreigners, I think, will remain 1-2. We want every year more and more to rely on their own.

If we are invited in the Competition – we think. But while our priority is the Champions League FIBA. There the conditions are better, and our rivals in the teeth.”

In the Saratov FOK “Star” held a meeting of the President and players of “Ukravtodor” with the fans and the journalists.

From the basketball club the meeting was attended by Vladimir Rodionov, basketball players of the basic structure Artem Zabelin, Artem Klimenko, Maxim Sheleketo and five young athletes. Basically saying the head of the club, paying the lion’s share of attention of its young people. He called her the best in Russia, promised a lot of playing time next season – and not to the detriment of the result. Rodionov said that the result will not be lower than this season (recall – team-2017/18 was sixth in VTB United League). In the club I’m thinking a major part to play in the Cup of Russia – since the next season the rate will be on domestic players.

“In the “Avtodor” – 2018/19 will be a maximum of five foreign players. I dream of four. Coty Clarke had already left, contracts with Brandina Fraser and Ian Hummer are not planning to renew. There’s a 30% chance that it will be Justin Robinson and Mike downs. Artem Klimenko and Artem Zabelin contracts are valid for another year, is our youth, which will be given a lot of playing time. Next season will spend on the run, and two years later, let’s get even with the giants,” – said the President of the club.

Rodionov also said that the club remains in the VTB United League, but in what competition will act – not yet known: “If you propose to come into the European Cup, we think. While we expect to compete in the Champions League.”

On the resignation of head coach Evgeny Pashutin, the head of the club to highlight did not – and the name of the new coach not named. Instead, he promised to intensify the work with the fans, which proposed the initiative to contact with him personally.

The meeting ended with distribution of autographs and photographing the fans and the team.