Antonio Candreva’s second-half strike was enough for Italy to end their 2018 World Cup qualifying campaign with a narrow 1-0 victory in Albania.

Italy were already assured of a play-off spot for next summer’s tournament in Russia despite their disappointing 1-1 draw against Macedonia on Friday night which saw them fall five points behind Group G winners Spain.

But Candreva’s strike at the Loro Borici Stadium in Shkoder ensures the Azzurri will now be seeded for next month’s two-legged ties. 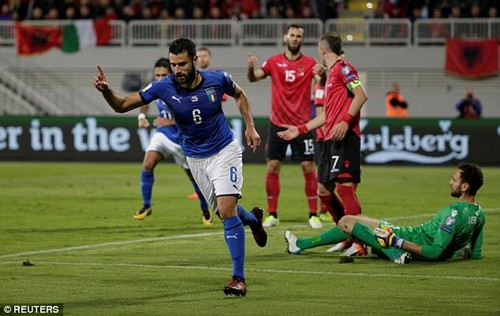 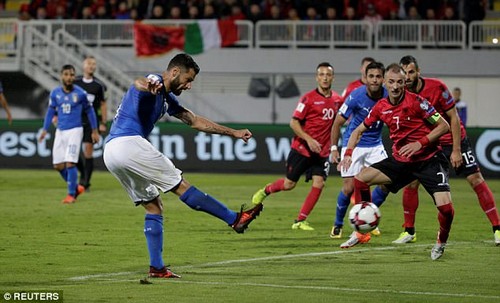 Gian Piero Ventura’s side started their concluding fixture of what has been a below-par campaign under initial pressure from Albania.

And while the visitors began to take a stranglehold on the game as the opening half wore on – with Ciro Immobile firing a close-range shot at Albania goalkeeper Etrit Berisha – they largely failed to create any clear chances.

Immobile was involved again when he had a penalty shout turned down after 40 minutes before hitting the side netting on the stroke of half-time, but the two sides headed into the interval with the match goalless.

Italy started the second half slowly, but Inter Milan forward Candreva eventually opened the scoring with 17 minutes of the game remaining when he fired home Leonardo Spinazzola’s cross.

‘We need to show our Italian spirit,’ scorer Candreva said as he looked ahead to next month’s crucial play-offs. ‘It’s important for everybody to go to the World Cup. 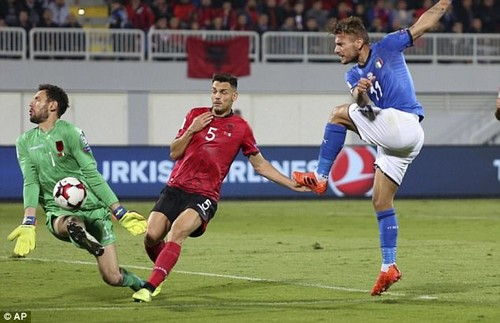 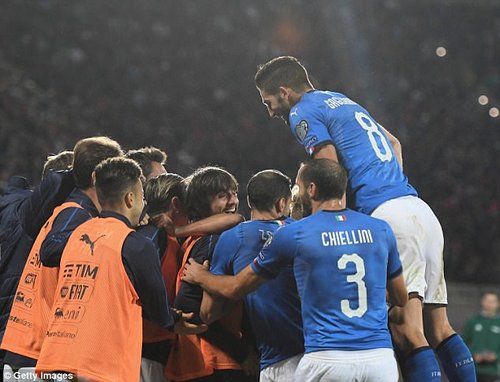 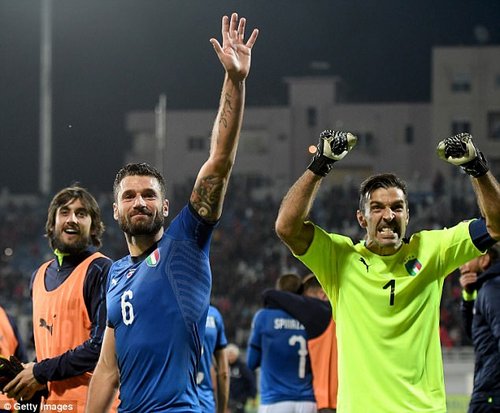 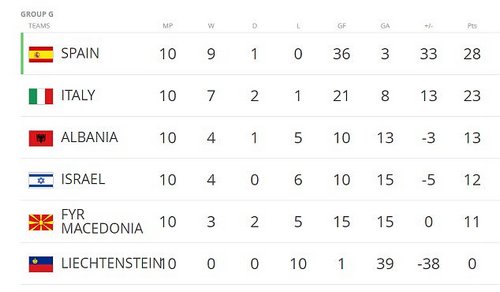 ‘We have to stick together. We’ll go again from here as we wait to see who the play-off opponent will be.’

Italy manager Ventura added: ‘It was a key objective to win tonight and be one of the top play-off sides, but we need to improve in terms of personality.

‘We made simple mistakes with the ball. However, I’m happy for the players who always give everything.’

Italy will discover their World Cup play-off opponents at next Tuesday’s draw in Zurich.

USA out of World Cup: Bruce Arena’s side stunned