Aidy Boothroyd was in no mood to joke but he recognised the dark humour that accompanied his verdict.

‘The best part of the night was the view of the Pyrenees,’ he said after England’s Under-21s had laboured to a 1-0 win over Andorra. ‘I’m not kidding. This is a really good lesson for us – myself included.’

The Young Lions are unlikely to play in more spectacular surrounds in the months to follow than they did here but there is no question they will play better; here was a display to show complaints about mundanity are not exclusive for England’s seniors. 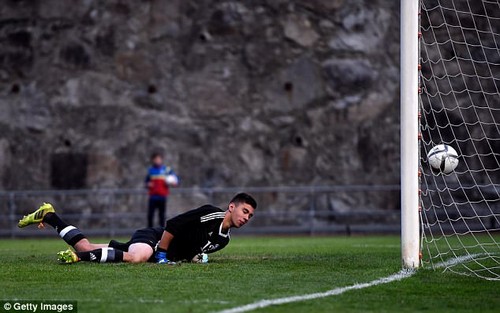 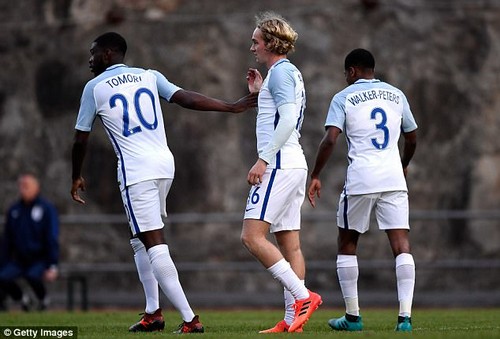 Fortunately for Boothroyd, a goal from Everton midfielder Tom Davies – one of eight changes to the side that beat Scotland last Friday – was enough to secure three points and extend England’s lead at the top of Group 4 but it was far from satisfactory.

‘Did I make two many changes? Yes, maybe,’ said Boothroyd. ‘I thought long and hard before doing it. But the lads who travel everywhere deserve a crack and I thought it was a good game to play them in. I really should have know better.’

Tedious, laborious, ponderous were the three words that best illustrated the charmless nature of the contest. Boothroyd had warned his players not to over-elaborate but, if anything, they were too regimented. 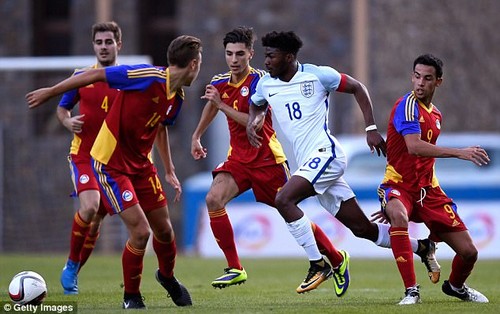 Eventually they made the breakthrough in the 53rd minute, Kyle Walker-Peters managed to work an angle to cross and his precise ball was met with a glancing header from Davies that broke the tension.

It did not, however, burst the dam.

There were openings – Dominic Calvert-Lewin had a goal disallowed for offside, while his Everton team-mate Ademola Lookman saw a shot smothered by goalkeeper Francisco Pires – but they did not arrive in a steady stream.

And they were thankful to Chelsea youngster Fikayo Tomori being in the right place to kick away a goal bound shot from substitute Roger Nazzaro in the final minute. It was a small mercy for which Boothroyd was grateful.

‘We were desperate to score and when you are like that – all edgy and nervous – there is a always a good chance they will have chances,’ said Boothroyd. ‘It could have been 4-0 or it could have been 1-1. We’ll take the win and move on.’