Anthony Joshua wants his suspected nose cracked back into place first, before targeting super fights against the likes of Deontay Wilder and Joseph Parker in 2018.

The IBF and WBA Super heavyweight champion sustained the injury after Carlos Takam’s head clashed straight on to the bridge of his nose.

But Joshua dug deep and rallied on to record a 10th-round stoppage against a valiant Takam, who himself suffered two horrendous cuts. 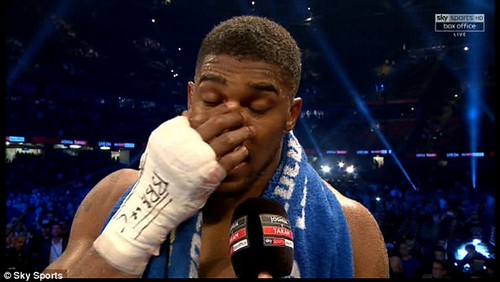 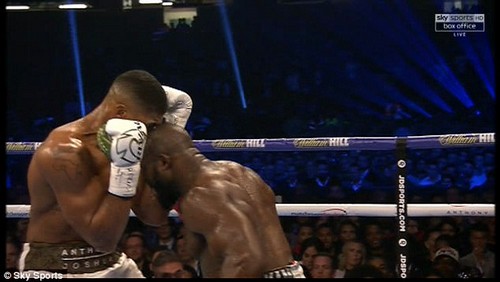 After the victory, Joshua told Sky Sports: ‘It feels it! (broken).

‘He’s like Holyfield coming under and up. This is championship fighting. I had to keep my cool in there.

‘You have to control these situations, if I show any signs of weakness the referee could jump in.’

After successfully defending his belts the 28-year-old revealed he is ready for the biggest and the best in the heavyweight division, but wants his nose sorted first.

‘I want to get my nose cracked back in place first. We have a few months now to heal it up and get a doctor to look at it, we work with some great doctors and then we can get back in training. 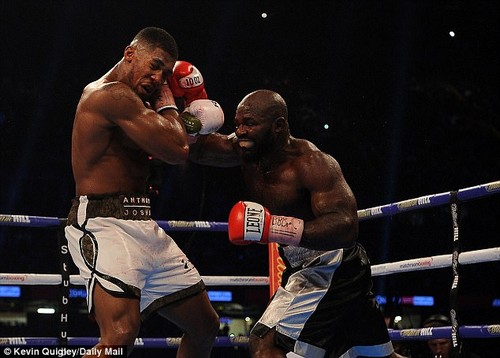 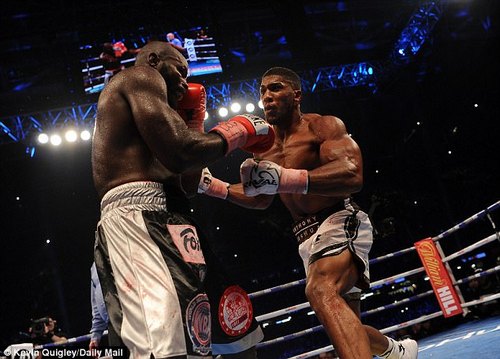 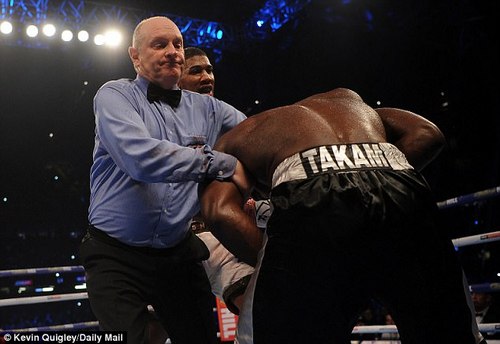 This was just the type of fight, experience & adversity that @anthonyfjoshua needed. He wasn’t at his best, but sometimes, u won’t always be & it’s those times u hav 2find a way. Some fall apart after broke nose. He remained composed and controlled fight #JoshuaTakam

‘But honestly, I just want to continue to grow the sport of boxing and everyone knows where we’re heading. What do the people want?

Deontay Wilder? It has to happen for sure but I think it comes to a decision where you have the IBO, the WBO and WBA. They have mandatories. so provided I’m free I can’t fight Joe Bloggs from anywhere I have to fight championship fighters.

‘Now there are belts on the line we have obligations as champions (but) my door is open to any champion, whether it’s Wilder, whether it’s whoever.

‘If I could have fought another heavyweight I would have had to vacate the belts, everyone saw how hard I worked to get them. I’m not going to just give them up. 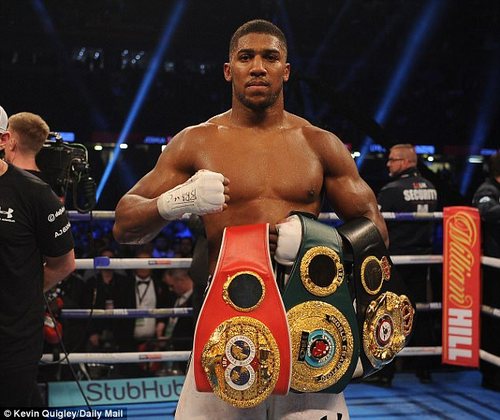 The IBF, WBA and IBO champion is now targeting some huge fights against the best in 2018 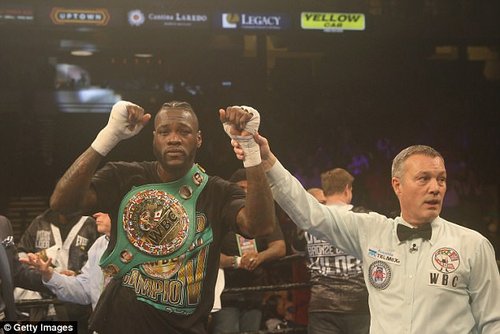 WBC world champion Deontay Wilder is in the pipeline, but defends his belt first in two weeks

Wilder has a mandatory defence of his WBC world title in two weeks’ time against the man he won it off in 2015.

If the heavy-hitting American comes through against Bermane Stiverne it would seem a fight with Joshua is nearing ever closer.

But Wilder might find himself required to travel across the pond if a potential showdown with Joshua is what he wants.

Joshua added: ‘It’s not my decision what happens outside the ring but what do people want? I think people want to stay here and it’s a beautiful thing. It’s bringing boxing back so lets continue to keep growing boxing in the UK.’

Lewis wrote on Twitter: ‘This was just the type of fight, experience and adversity that (Joshua) needed. He wasn’t at his best but sometimes you won’t always be and it’s those times you have to find a way.

‘Some fall apart after a broken nose. He remained composed and controlled the fight.’