Antonio Conte turned the air blue with a furious rant on Friday amid continued uncertainty around his job.

The Chelsea manager is understood to be under growing pressure from above with his side nine points off the Premier League summit.

But he was livid in his denial of claims in the past week that players have texted complaints over his methods to Steve Holland, his former No 2. 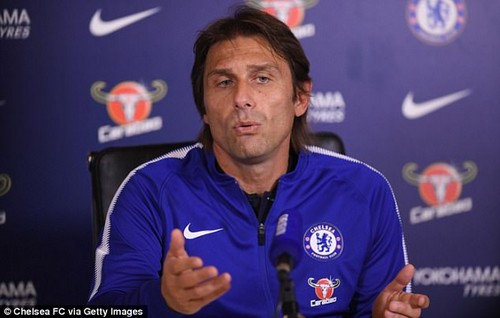 ‘They try to create problems between me, the club and the players. If someone is happy to continue to write this I answer very well. I am answering very well about these different issues.

‘This is a lack of respect. I can accept they write the club is ready to sack me and the story with the players.

‘I can accept this but to put another person (Holland) in this way I think this is incorrect and it is not good that this person has to send me a message to tell me, “I am sorry but this is not true”.

Conte said the pressure he was under as Chelsea manager was normal: ‘This is work for me’ 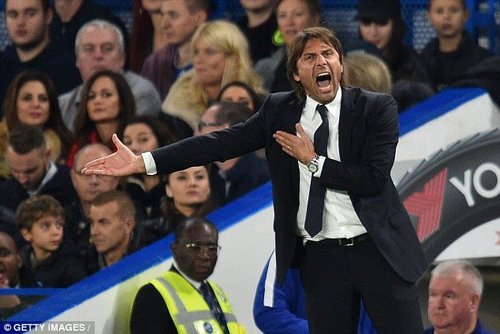 ‘Why put another person in this bull***t. If you want to hit me, hit me. This is incorrect and I hate this type of situation.’

On the wider issue of the pressure he is facing, the former Italy manager, whose side play Bournemouth on Saturday, added: ‘This is work for me. From my experience, for me as a player and coach in great teams, this is work for me.

‘You don’t know the pressure you can have when you are manager of your country during the World Cup or Euros. Not one person can know this situation. This is work for me.’

Conte revealed that N’Golo Kante and Victor Moses will not be fit for the Bournemouth clash, while Danny Drinkwater is unlikely to feature twice in a week, having made his return from a calf problem against Everton on Wednesday.

‘Speechless’: the internet reacts to Germany’s exit from the World Cup