Victor Moses is nearing a first-team return with Chelsea as he shared footage of himself taking part in aerobic exercises in the swimming pool.

The Nigerian has been sidelined since picking up a hamstring injury in the 2-1 defeat by Crystal Palace at Selhurst Park earlier this month.

But he promised in a post on Instagram that he will be back playing sooner rather than later despite being ruled out for a month at the time. 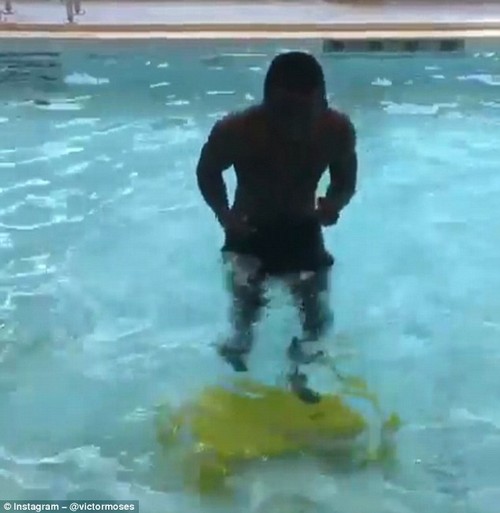 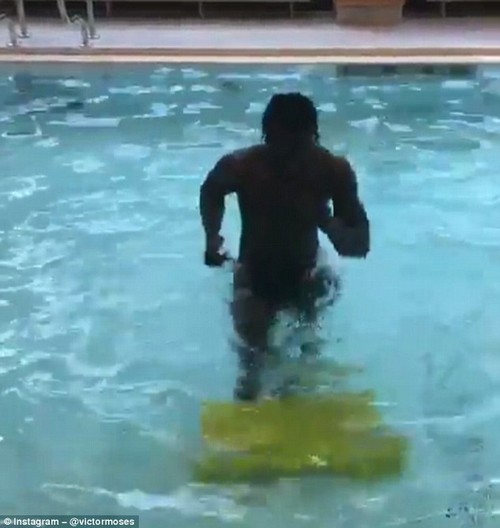 Alongside the video of him stepping on and off a yellow board in the pool, the 26-year-old writes: ‘Putting the work in will be back soon! #roadtorecovery’.

Moses’ determination to show he is on the path back to full fitness comes just three days after Antonio Conte admitted he could face further time away from the pitch.

Speaking ahead of the weekend trip to Bournemouth, the Italian said: ‘Moses is out. For him we must have patience before seeing him in the team.’ 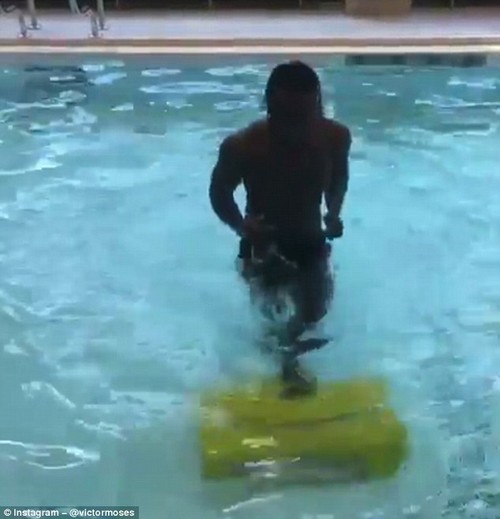 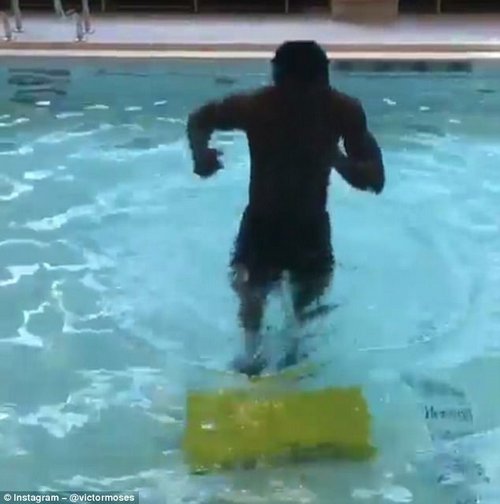 In Moses’ absence Conte has taken to using either Cesar Azpilicueta and Davide Zappacosta on the right-hand side of his title-winning 3-5-2 formation.

Moses will be hoping that he can force his way into contention for Nigeria’s final World Cup qualifier against Algeria on November 10.

The Super Eagles, though, have already secured their place in Russia next summer and will also face Argentina in a friendly in Krasnodar next month. 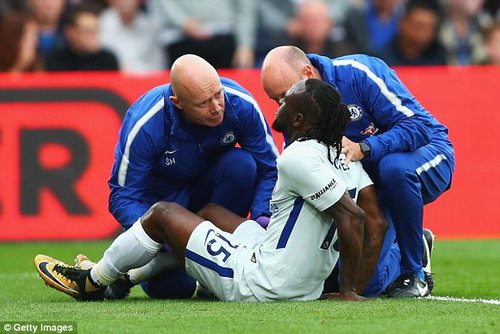