Went to the 2018 world Cup and never returned. In Voronezh has lost a fan of the national team of Nigeria

Fan was late for the plane.

The world Cup is over, and foreign fans left. A fan from Nigeria stuck in Voronezh, late for your plane. The guy with the spectator on the chest noticed the airport staff.

First, the foreigner who doesn’t speak Russian, went for a long time in the waiting room, after came to the site information. It turned out, Alebiosu Tunde Olaleye arrived in Voronezh on the eve of the bus. Here in Istanbul had to fly home. It was cheaper than from the capital. 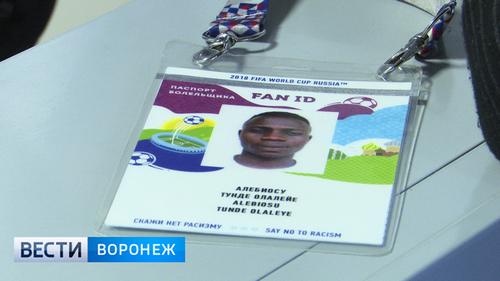 But the English system of notation of time, introduced the boy in confusion. Thought his plane in 3 hours in the afternoon and he flew in for 3 nights. So the passenger literally settled in Voronezh. Family in Nigeria about the misunderstanding, did not report. Airport staff contacted the airline and found out the ticket is non-refundable. After I call the Embassy. There fan agreed to help, but it turned out that to Moscow to go on. Airport staff scattered the Nigerian took pity and collected him money for a ticket. The guy that seems to have produced no less impression than the one match Nigeria-Argentina, which he visited.

I was hoping that I can help, but not fully believed. And very grateful to the employees of the airport. I was left with only 400 rubles, and when I realized that I had missed the flight, my terror was beyond words. Now all is well. I liked Russia, and I have seen very sincere people. Thank you, – said Alebiosu Tunde Olaleye. 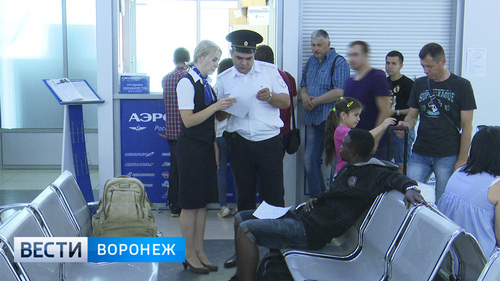 The shift supervisor service organization of traffic of the Voronezh airport Elena Korpusov told that a fan from Nigeria even cried when he didn’t know what to do and how to get to Moscow.

And here already we could not resist, and decided I needed to help him in every way and on their own. So we bought him a ticket. And we’re going to send him to Moscow. And in Moscow it will be already waiting in the Embassy, – said the employee of the airport.

CB: the 2018 world Cup can help the growth of Russia’s GDP 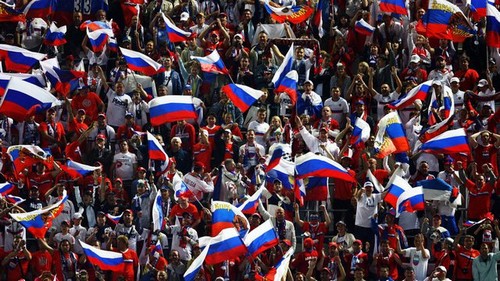 “According to Bank of Russia estimates, the contribution of the world championship can reach 0.1-0.2% in annual GDP growth in the II quarter of 2018,” – says the Central Bank. The potential impact of the 2018 world Cup on the economic growth reflected in the GDP forecast published in the June report, the Central Bank on monetary policy. Central Bank expects GDP growth in the II and III quarters in the range of 1.1 to 1.6 percent.

The world Cup was first held in Russia from 14 June to 15 July. The matches will be held at 12 stadiums in 11 Russian cities: Moscow, Saint-Petersburg, Samara, Saransk, Rostov-on-don, Sochi, Kazan, Kaliningrad, Volgograd, Nizhny Novgorod and Yekaterinburg.

Meanwhile, on the eve of the Ministry of economic development, the government introduced a new macroeconomic forecast. The GDP growth forecast for Russia in 2018, downgraded to 1.9% from April’s estimates of 2.1%, in 2019 – up to 1.4% from 2.2%.

In turn, the international rating Agency Fitch downgraded the forecast of Russia’s GDP growth in 2018 to 1.8%. “We have downgraded our growth forecast for 2018 and 2019 to 1.8% and 1.9%, respectively, with expected growth of 2% in our March forecast. We believe that the positive effect from higher oil prices in the short term will be commuted prudent fiscal policy and currency intervention of the Ministry of Finance, which is aimed at improving the stability of the real exchange rate,” said Fitch.

The final match between Sweden and Switzerland ended in victory for the Swedes. Now on their account – 11 League titles.Sweden became world champion in hockey. In the final match, which took place on Sunday, may 20, Sweden team beat the national team of Switzerland – 3:2. The main time of the match and overtime ended in a draw, the outcome was decided in the penalty shootout. Bronze medalist of the championship were the United States, beating team Canada with the score 4:1.

Sweden became the champion of the world championship for the 11th time and the second time in a row. On account of the Swedes also 19 silver and 17 bronze medals. In turn, Switzerland has twice won the silver medalist and 8 times bronze.

The national team of Russia on the results of a series of matches came in the quarterfinals of the championship. In the match with Canada, the Russian team missed the decisive goal in overtime.

Next ice hockey world championship will be held from 10 to 26 may 2019 in Slovakia.