James Vince has been bowled at Old Trafford 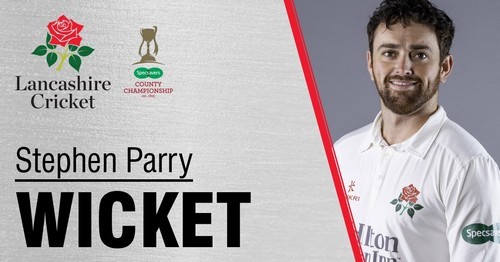 Here’s the view from Chelmsford, where Essex are 116-0 against Somerset at the first interval. Alastair Cook and Nick Browne have both hit half centuries.

With the World Cup at its midway point – 32 of the 64 games are finished – it’s as good a time as any to remind you of an interview we published a while back with former England player and current ITV pundit Gary Neville. Felix White of The Maccabees was asking the questions.

In case you missed them yesterday – it was a busy day for sports fans in England – Gary Naylor’s weekly talking points went up on the site last night.

Among other things, Gary made an interesting point about day-night Championship cricket:

What then of day-night Championship cricket – who wants this? Hampshire and Yorkshire played out a draw at the Rose Bowl (one of the last places in the country you want to be at 10pm given its transport “links”) but anecdotal evidence suggests that very few people came in to watch the last session and far more did that traditional British thing of looking at their watches at about 7.30pm and saying: “Shall we go to the pub?” I had thought that pink-ball county cricket was largely a dry run for pink-ball Test cricket, but the issues involved in such matches are either settled or lie in the hands of the five-day game, so why hold day-night Championship matches in 2018?

James Vince has his hundred at Old Trafford. It took him 131 balls.

In Division Two, the first interval (lunch/tea/“tunch”?) has been taken at Derbyshire, who are 93 for 2, having lost Ben Slater trapped leg before just before they went off for the break.

There has been another wicket for leaders Surrey at Scarborough: Jade Dernbach has seen off Jack Leaning for 21, caught by Will Jacks, leaving Yorkshire at 166 for 6. At least the crowd are enjoying the sunshine, though… 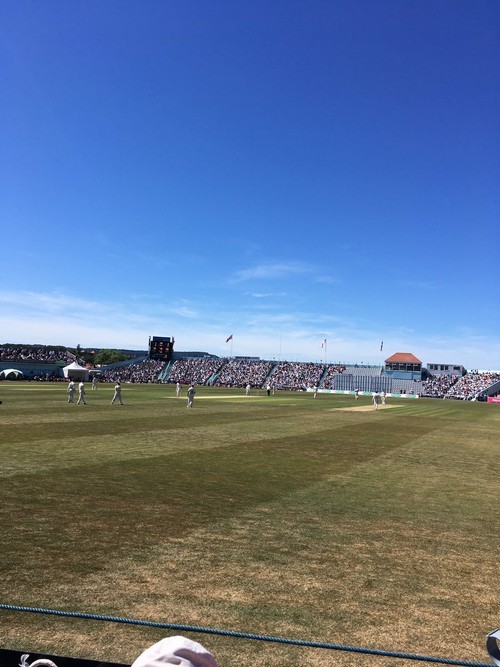 Meanwhile at Chelmsford, Nick Browne has (just) beaten Alastair Cook to reach his half-century first, with Essex now 101 without loss, Browne on 51 and Cook 50.

While Tanya’s away … Vince continues to make hay. The Hampshire captain is closing in on a century, currently 91 off 115 balls.

I’ve got to disappear off for an hour and a half now, but I’ll leave you with some Virdimagic at North Marine Road 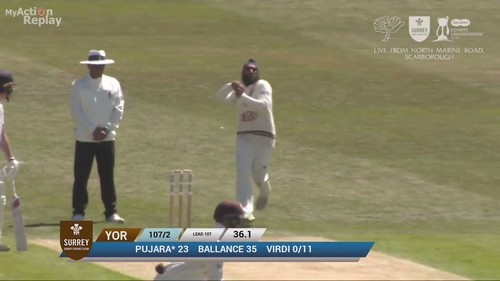 2⃣ in an over for @AmarSinghVirdi has Surrey on the front foot here ?

Easy-does-it at Trent Bridge and Chelmsford (Cook 29 not out), but wickets at:

And that, is out! Middle stump no longer standing Adams bowled Onions for 44. Hampshire 114-2.

Thanks to Geyv Kathoke for pointing out George Dobell’s bloody brilliant piece on Jack Shantry – “Well bowled, Jack Shantry. I’ve never known a cricketer make more of themselves and I’ve never been more delighted to be proved wrong.” Worth ten minutes of your life.

Pujara and Brook gone – both to Virdi. Pujara for a 111-ball 23 and wee Harry Brook for a two-ball duck. Parsley, sage, rosemary and thyme.

The start times are a bit of a head-flummox but nothing has happened of much note yet, bar the three early-start time games where the batsmen are generally on top. Especially at Old Trafford, where it is now lunch. (cue doughnut joke)

(I had a look for doughnut jokes. They are all appalling. This is the best, from a time-warp somewhere in the mid-90s

How do you begin a cycle of growth and inflation in this bad economy? Open a Dunkin Donuts across the street from Al Gore! )

Hundred partnership up off 140 balls here at OT

The other four games start at 2pm

Vince – dropped! By Parry off Jordan Clark on 21. Tricky but catchable. 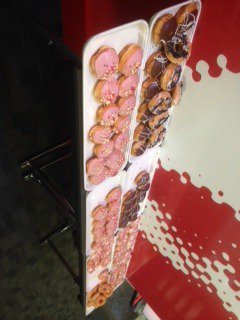 some of the four and a half thousand doughnuts accidentally delivered to Old Trafford… pic.twitter.com/slRs3UvJfU

It wasn’t yesterday’s left-overs. Apparently there was a mix-up with the delivery and today Old Trafford received four and a half thousand doughnuts. You did read that right

There’s been a run on doughnuts in the press box – yesterday’s left overs – so sorry if I’ve missed anything of note. Ah, Lyth is out. 42 off 67 balls.

Pujara’s off the mark! Applause from a Scarborough crowd feeling generous. At the moment.

And that’s a wicket – Joe Weatherly going half forward to Onions, c Vilas, for a duck. Hampshire 9/1.

Look at this – absolutely gorgeous. I fancy a dip too. 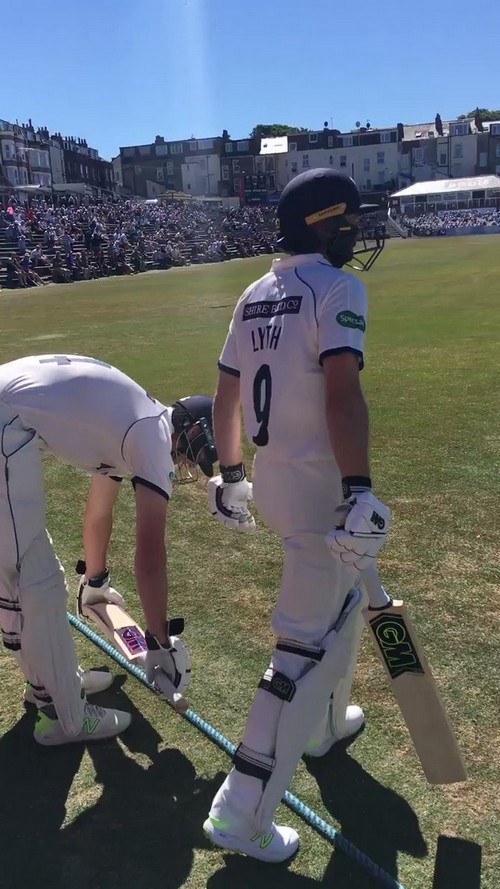 We are off! Adam Lyth and Alex Lees to open the batting. #YourYorkshire pic.twitter.com/QMu7XJOunj

Adam Lyth going great guns at Scarborough while Cheteshwar Pujara gets stuck in with a 2 9 ball (and counting) duck.

First ball of the day here at OT from Tom Bailey. It swung!

Thank you Yoel for pointing out the Onions promise. Thinking about it, I suppose technically he will be bowling in his underpants. Just with trousers over the top.

News on Shiv Chanderpaul – he is not playing because his partner has given birth at their home in Florida and he’s flown back to meet the bairn.

Lancashire team sheet: Jennings, Davies, Hameed (ye gods), Jones, Vilas, Clark, Lamb (the concussion substitute at New Road) Lilley, Parry, Bailey, and Onions – who will not, as promised on Twitter, be bowling in his underpants after Panama failed to have a player sent off.

England are brilliant…Panama arnt. If Panama don’t have a man sent off in this game il bowl in my underpants tomorrow 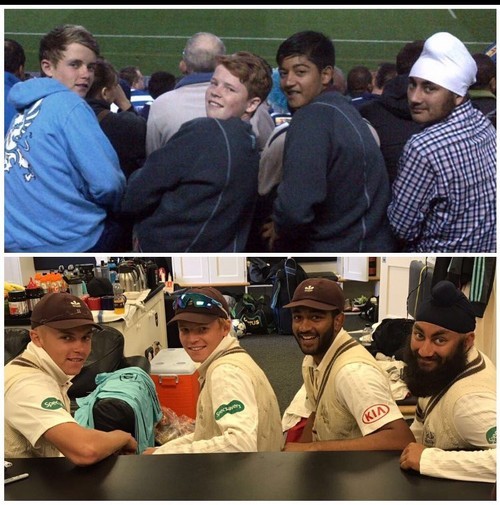 Plenty to read today too – a great round-up from Gary Naylor of the last round of Championship matches here:

As said below the line, do take a peek at the Scarborough feed if you can , where Yorkshire have already lost a wicket: Alex Lees, caught and bowled by the in-form Jade Dernbach for a duck. A wicket at Sophia Gardens to0 where Duckett was an early victim for 6.

Sorry about the delay folks as both sides warm up here at OT. It’s football volleyball for Lancashire and football for Hampshire. And that sun – its a-blazing. I’ll let you know the Lancashire team sheet as soon as I get it – two spinners probably on the pitch that was so hard to bat on yesterday.

And, with barely a breath taken, welcome to the this, the last round of Championship cricket for a while.

But let’s not think about that just yet. It’s going to be a peculiar round with five day/night games, a midday start here at Old Trafford on what looks like yesterday’s pitch while the stewards clean up after the ODI, and only two games staring at the prescribed hour: Glamorgan v Northants at Sophia Gardens and the game to be at – Yorkshire v Surrey at wonderful Scarborough. Those of you who are there – you lucky, lucky few.

It would be hard to top the excitement of the last round, but fingers crossed in what is going to be a scorching week of weather.

At aforementioned Scarborough, head of the table Surrey take on a Yorkshire side topping the stragglers in fifth. Surrey were magnificent at Guildford – young guns-a-roaring. Yorkshire come straight from the bore-fest at the Ageas – and with one fewer rest day. They are still missing seven players with either England or the Lions; Surrey will be without Sam Curran, Jason Roy and Ben Foakes.

Here at the Old Trafford dog-fight, Lancashire need a win to lift them from the doldrums with another couple of disastrous hours at New Road losing them the match against Worcestershire. There look like big changes a-foot with a very different-looking squad – Chanderpaul has been left out and Joe Mennie is missing – another concussion victim. Liam Livingstone and Parkinson are still away with the Lions. Hampshire, who play the Royal London Final on Saturday, are missing Liam Dawson.

At Chelmsford, Essex and Somerset both come straight from a loss. Somerset are without Matt Renshaw, heading home after breaking a finger at Guildford, and Jack Leach, laid up for seven days after being hit on the head by Morne Morkel in the same game. Ryan ten Doeschate returns to the Essex captaincy after suspension.

Stuart Broad returns at Trent Bridge for a bowl with the pink kookaburra in Nottinghamshire’s day-night game against Worcestershire.

In Division Two, Derbyshire take on Leicestershire with the pink Dukes ball, and at The Riverside Durham play Warwickshire in another day-nighter. Warwickshire come from a brave run-chase, Ian Bell still in breathless form.

Glamorgan meet Northamptonshire for the wooden-spoon match at Wantage Road and Kent, fresh from a wonderful win against Warwickshire, play Middlesex, also cock-a-hoop- after victory over Leicestershire. Sam Billings will resume the captaincy from Joe Denly, but Matt Henry and Darren Stevens are rested ahead of Lord’s. Middlesex remain without Nick Gubbins and Tom Helm on Lions duty – although Dawid Malan continues as captain. 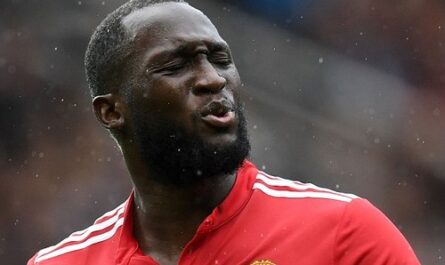